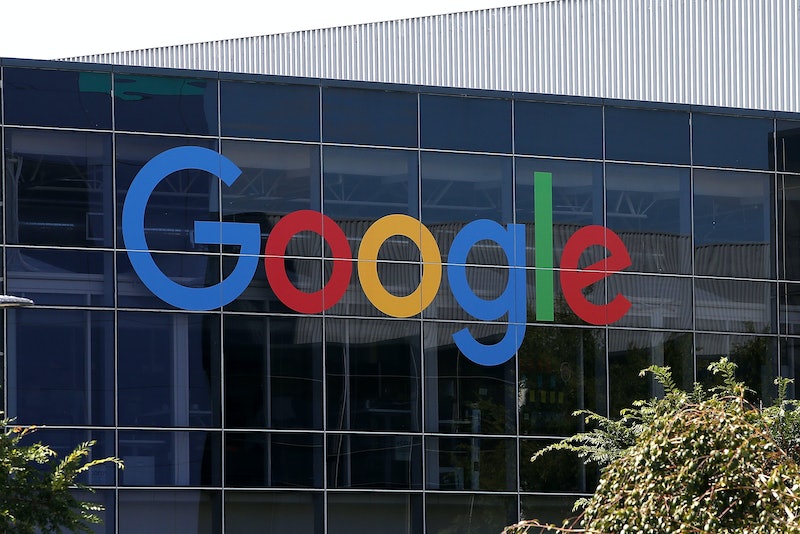 Back in August, Google announced the creation of a new parent company, Alphabet. Since then, the company has been on the prowl for all things A-B-C, and their most recent acquisition is definitely giggle-inducing. Just yesterday, Domain Investing discovered that Google bought abcdefghijklmnopqrstuvwxyz.com. For real. No, this is not a joke — or at least, not as far as we know.

ABC.xyz has served as Alphabet's homepage since the initial announcement about the company. However, it contains nothing but an extensive letter from Google co-founder Larry Page. Exactly why Google may have purchased the absurdly long domain name, featuring the entire alphabet, remains to be seen. We do know that two of the more obvious domain name choices, Alphabet.com and ABC.com, are owned by BMW and the American Broadcasting Company, respectively. So maybe they were just running low on options. Or ... something.

The full alphabet URL was previously owned by a private entity and was originally registered in 1999. I sincerely hope that whoever was silly enough to register the 26-letter domain name made a nice chunk of change off the sale; they definitely earned it.

So what does that URL point to right now? Actually ... nothing. Many have theorized that it's merely a protective measure for the company, which wanted to avoid anything Alphabet-related being snatched away by a competing company (or maybe by some 13-year-old Internet genius). In any event, they seem to have a sense of humor about the whole thing. A Google spokesperson told Re/code, "We realized we missed a few letters in abc.xyz, so we’re just being thorough."

The best part? Google's purchase isn't the silliest domain name out there. These five other URLs are also all absurdly long, and lead to equally absurd things.

Though this website doesn't contain anything, just the fact that someone took the time to register it is pretty amazing in itself. My guess is that they were going to make something amazing, but then they couldn't remember how many o's were in the URL.

.cat is actually a domain name intended to promote the Catalan culture and language. It just also happens to be the English word for a fluffy ball of perfection. And paired with "dog" ... well, you do the math.

I knew memorizing pi to 100 decimal places would come in handy one of these days! Apparently, this page used to contain pi to 1,000,000, but now it merely hosts a picture of Dr. Evil.

A town in Wales believes that they are the sole purveyors of the world's longest domain name. Their logic is firm: "We have registered the longest town name in the UK and that IS a real place. So a domain based on a real place is much better than a string of words and numbers." For good measure, they added a few pictures of a lovely Austrian chalet. For that, I think they win this round.

More like this
Why TikTok Is Flooded With Controversial Videos About "Pick Me Girls"
By Courtney Young
Here's How To Get Your iPhone To Update Automatically Forever
By Emma Carey
26 Ghost Story Podcasts To Get You Ready For Halloween
By Jessica Booth, Mia Mercado, JR Thorpe and Emma Carey
20 Smart Devices Under $35 That’ll Change The Entire Vibe Of Your Home
By Emma Carey
Get Even More From Bustle — Sign Up For The Newsletter