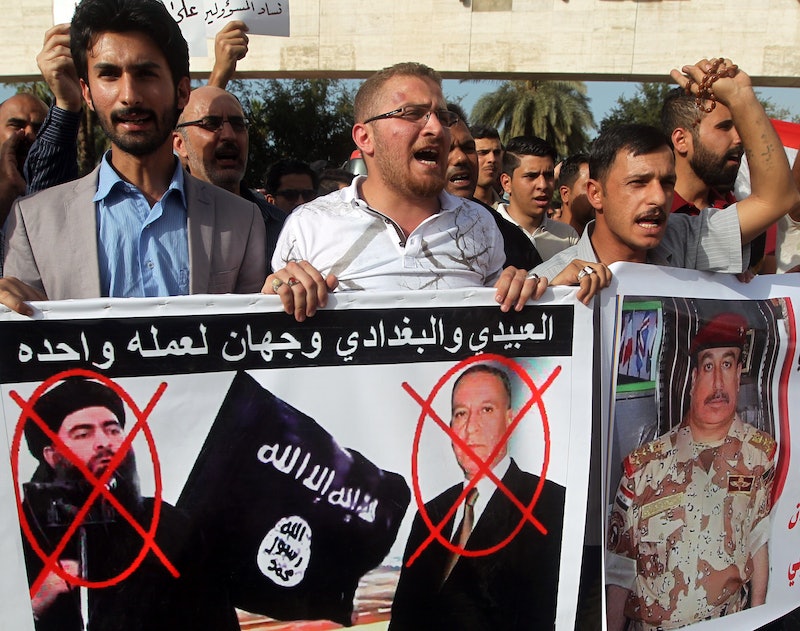 Iraq's air force said Sunday that Islamic State leader Abu Bakr al-Baghdadi was missing after it targeted him in an airstrike near Iraq's border with Syria, according to the Guardian. Reports from the air force said that it believed al-Baghdadi was traveling in a convoy in the western part of the Anbar province when he was targeted, but it couldn't confirm that the convoy was actually carrying him at the time, according to the Daily Mail. Stories of al-Baghdadi's death have been prematurely reported before, including claims that he had once been incapacitated and overthrown as the leader of the jihadi group, according to the Daily Mail.

Al-Baghdadi has declared himself the leader of an ISIS-controlled caliphate in Iraq and Syria, according to the Guardian. Al-Baghdadi has gone missing for long periods before, so military missions have had trouble tracking and targeting him. The Iraqi air force said in a statement that it tracked al-Baghdadi Karabla, where he and other ISIS leaders had planned to meet, according to Express news: "The location of the meeting was also bombed and many of the group's leaders were killed and wounded. Fate of murderer al-Baghdadi is unknown and he was carried away by a vehicle. His health condition is still unclear."

The statement said the airstrike was coordinated with Iraq's interior ministry intelligence services and a command center that includes U.S. military advisers. The U.S. allegedly placed a $10 million reward on al-Baghdadi's head in the region where he is known to travel, according to Metro. The Iraq air force's statement did not make it clear when exactly the strike was carried out or for how long al-Baghdadi has been missing, according to the Guardian. The Metro pointed out that Iraqi security forces have previously reported that al-Baghdadi had been injured or killed in past airstrikes, but then the claims were never verified or denied later.

In June, ISIS seized parts of Syria and Iraq and renamed itself the Islamic State. It also declared an Islamic "caliphate" and asked factions to pledge their allegiance worldwide, according to the Huffington Post. The move was supposed to serve as a direct challenge to al Qaeda's central leadership. Al-Baghdadi was named "Caliph," or the head of the state, in the June statement, which was posted to extremist websites and Twitter in June.

Al-Baghdadi since said that he had accepted oaths of allegiance from supporters in Libya, Egypt, Yemen, Saudi Arabia, and Algeria, according to Express news. ISIS is believed to be behind an attack Saturday in Ankara, Turkey, that left at least 95 people dead and hundreds injured, according to Metro.