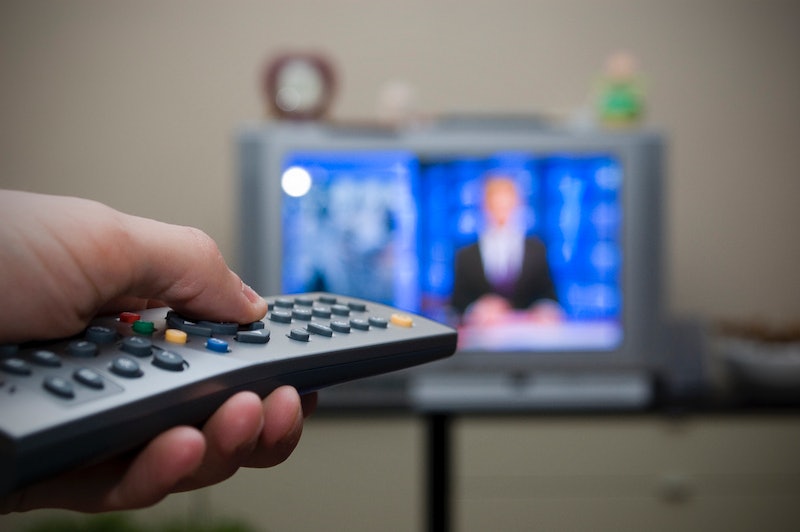 Although Tuesday's first Democratic debate won't have the allure of Donald Trump or a bloated field of candidates, that doesn't mean it's of no interest to conservatives — because there are actually several useful things that Republicans can learn from the Democratic debate. Since there are only five candidates planned to take the stage on Tuesday, and none of them are an eccentric billionaire, many are already worrying that the Democratic candidates won't be able to match the unprecedented ratings success of the Republican debates. And they're right — but that doesn't mean people shouldn't watch.

In reality, there likely won't be 23 million viewers showing up like they did for the GOP debate. The number of Democrats tuning in on Tuesday might dip a bit, as many are either uninterested or already have a candidate. And the number of Republican viewers is sure to drop off. But although everyone (of either party) should watch the debates, there are some pretty good reasons why Republicans should specifically tune in.

There are obvious perks, such as learning where the Democratic candidates stand, hearing their side of the major issues, and finally getting their turn at playing a drinking game. But — in this election more than ever — there are several very useful things that can be learned from watching the Democratic debates.

The Benefits Of A Small Field

Practically no one is happy about how large the Republican field is currently, and the large number of candidates has made it hard to follow. Nothing made that more clear than the first two GOP debates. This time, however, there won't be a stuffed stage or a happy hour debate, because there are only 5 candidates. Sure, a large field offers up a variety of viewpoints, but it also turns into dramatic, unorganized chaos. Unlike the GOP debate, the Democratic debate will provide far more time for each candidate to get in-depth with their answers. And the debaters won't feel pressured into making outlandish statements or getting into fights for the sake of exposure. It might not be as dramatic, but it will be a much more thorough debate — and nowhere near as long.

Politics Don't Have To Be A Circus To Be Interesting

I honestly feel bad for a lot of Republicans, because their primary election has been completely taken over by the circus. Between the staggering size of the primary field and the constant antics of Trump, it's got to be hard to be a Republican. Their party has become the butt of a lot of jokes, and those who are supporting serious candidates probably don't appreciate it. But any GOP candidates watching the debate on Tuesday will hopefully learn an important lesson: politics don't have to be a circus. The Democratic candidates (or at least the frontrunners) are unlikely to engage in full scale attacks on their competitors, and if anything, the debate might be a little bland. But Democrats are unlikely to walk away feeling embarrassed by it.

One of the only big allures that the Democratic debate has going for it ratings-wise is the fact that an actual socialist will be onstage. For a lot of Republicans, it's pretty much their worst nightmare come true. Unfortunately, there's bound to be some disappointment, however, when people realize that Bernie Sanders is just a straight-faced old guy with some wacky hair and a love of percentages. But having Republicans tune in to gawk at him might work out, considering that Sanders thinks he'll bring in some Republican votes.

How Their Candidate Of Choice Will Fare In The General Election

By now, most Americans have figured out who their favorite is for their party's nomination, and they're starting to think in terms of the big picture. For Republicans, the GOP debates showed how their candidate stands up to other Republicans. But in the Democratic debate, Republicans can see how their favorite politician will do in the general election, if they win the primary. For example, those who are big Carly Fiorina fans can measure her debate performances against Hillary Clinton's, and predict how a possible debate between the two would go. Spoiler: it would be intense.

One of the largest complaints about the Republican debates (aside from how long they were) were that two major issues were almost completely ignored. The Black Lives Matter movement, which is at the forefront of many American social issues, was glossed over in the first debate and ignored in the second. And climate change got sandwiched between a question about vaccinations and autism.

However, these are two topics that will almost definitely get some airtime during the Democratic debates. Several candidates have rolled out comprehensive environmental initiatives, while others like Sanders and Martin O'Malley have previously clashed with Black Lives Matter protesters. Hearing these subjects validated and discussed on a national stage will highlight how important they are to many voters — and might result in some better questions during the next Republican debate.

How To Argue Their Political Stance

The best way to win a political argument is to know your opponent's facts and research. What better way to learn about Democrats' stances than by hearing them directly from the mouth of their candidates? Watching the GOP debates gave thousands of Democrats better insight into Republican policies and how many GOP members approach social issues. And the Democratic debates should do the same for Republicans. By watching the debates of a political party you aren't affiliated with, your understanding is broadened. You learn more, and are encouraged to think about things in a different light. It fosters understanding across the political spectrum, and might even cause people to rethink their political affiliations.

What Bernie Sanders Is Actually Talking About

Last week my (very conservative) family member told me that he finds Sanders very intriguing, and would like to give him a shot — if he could figure out what the man was talking about. I've realized this is a common thought among Republicans (and some Democrats) who don't follow the Democratic candidates closely. Many of the soundbites they have heard from Sanders are him reciting long trains of numbers — but deciphering those numbers can be hard. The benefit of the debate is that Sanders will be forced to elaborate, and to go more in-depth on his specific policy points. He makes some great points, but he'll be forced to clarify them for a larger audience. Whether Republicans agree with him or not, the debate will at least give everyone a better insight into Sanders' logic.

Regardless of party affiliation, everyone should tune into the debates, because learning about the potential next leader of the United States is extremely important. But it's important that everyone realizes that the primary debates aren't just for party members — these debates set the stage for the general election.