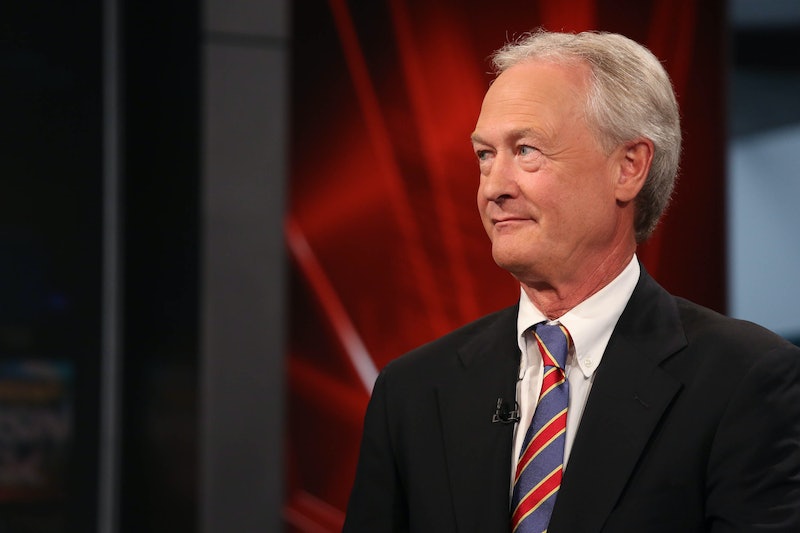 During Tuesday night's first Democratic debate of the 2016 election cycle, moderator Anderson Cooper asked Lincoln Chafee about his electability as a Democrat since he's been both a Republican and an Independent in the past. In response to the criticism for flip-flopping between parties, Chafee said: "I have been a block of granite on the issues." Here are hilarious memes about Chafee's "block of granite" debate comment, because some people took the statement very literally.

Cooper also asked Hillary Clinton, Bernie Sanders, Martin O'Malley, and Jim Webb about their electability, but Chafee was the only politician on the debate stage criticized for a lack of commitment to the Democratic party. Chafee joined the Democratic party in 2013 after serving as a Republican Rhode Island senator and an Independent Rhode Island governor. Chafee's point was that despite switching political parties multiple times, his beliefs and ideologies have remained the same — like a block of hard granite. Did the metaphor make sense? Yes. Could he have chosen a less odd way of making his point? Absolutely.

On the up side, Chafee's bizarre comment led to these wonderful memes. Check out what Chafee would look like as an actual block of granite.