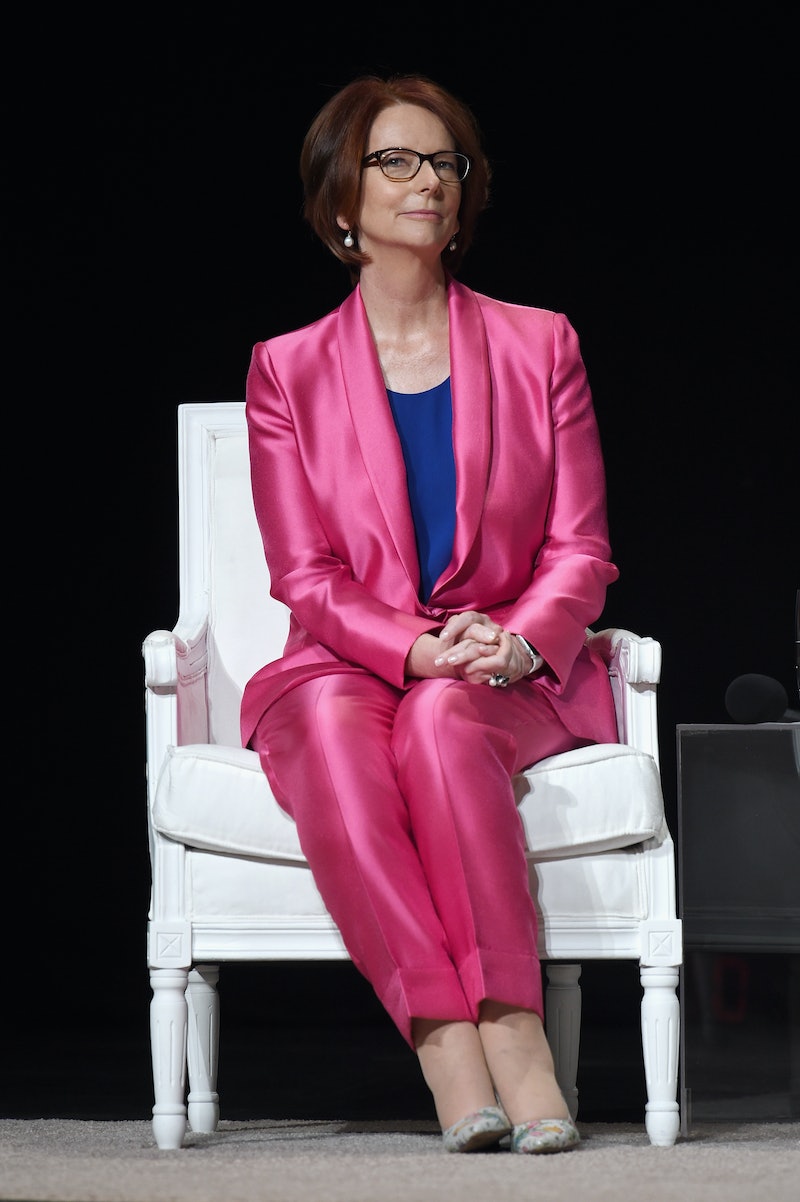 Democratic presidential frontrunner Hillary Clinton just got some high-profile support, this time from yet another trailblazing woman in politics. In a video released by the campaign Tuesday, former Australian Prime Minister Julia Gillard endorsed Clinton, crediting her for her work on promoting girls' and women's education around the world.

Gillard served as prime minister of Australia for just over three years, from 2010 to 2013. And as the first woman ever to lead Australia, she has experience with at least some of the challenges Clinton will be facing over the next year. During Gillard's time in office, she had unique and frequent confrontations with sexism. Her personal life became the subject of lurid speculation within the media, she absorbed sexist barbs from her political rivals, and even her cleavage became the subject of national controversy. In her 2014 book Hard Choices, Clinton characterized Gillard as the victim of "outrageous sexism."

In other words, Gillard knows what it's like to be smeared on the basis of who you are, beyond simply what you believe. In the video released on Tuesday, she didn't touch on gender issues, however. Rather, she stuck to lauding Clinton's international work.

Hillary Clinton understood in her heart how important it was for girls to get an opportunity, but she also understood in her head that if we want to build peaceful, economically prosperous nations that we have to educate girls ... She was determined to see that women take their places as economic partners in their community, and take their places as political leaders in their community.

It's no surprise that Gillard is throwing her support behind Clinton's candidacy, as the two have expressed appreciation for each other before. Gillard offered Clinton some public advice back in June, urging her to call out any explicitly sexist criticisms of her immediately, rather than holding off and hoping for things to improve on their own.

While Gillard might not have taken this approach herself, she did have one famously fiery viral moment on the subject — her 2012 parliamentary speech condemning and excoriating opposition leader and eventual Prime Minister Tony Abbott on his history of sexist, misogynist remarks. If you've got 18 minutes to spare, it's a pretty essential watch.

According to The Guardian, it's believed that the Clinton campaign reached out to Gillard to see if she would participate in the brief video endorsement, and if so, the request was seemingly well-received. It'll be interesting to see whether Gillard does any further public advocacy for Clinton — the Democratic frontrunner has previously lauded both her and German Chancellor Angela Merkel as examples of successful, groundbreaking women in politics.