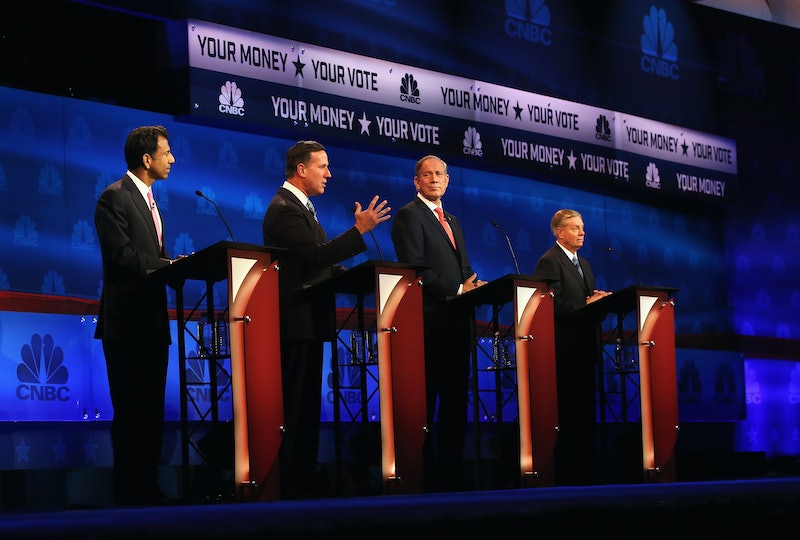 The third Republican presidential debate is happening Wednesday night, and it's an exciting time to be a political junkie, because there's no telling what we'll all be talking about by the time the night is over? Here's one thing you can be pretty sure of, though: You're probably not going to hear much clear-eyed debate about the urgent, existential threat of climate change, because it's become anathema to the modern, mainstream Republican Party. But the warm-up act was another story, surprisingly enough — half of the GOP JV debaters believe in climate change, and that's a hell of a lot more promising than what we're likely to get from the main event.

It's kind of a depressing commentary about the state of the Republican Party, because the questions don't get much more essential and crucial than, "Hey, are you worried about the impending environmental catastrophe that could ruin our world?" And answers to that question don't come much worse than "No, I don't even believe it exists!", to say nothing of the tired qualifier: "Well, I'm not a scientist."

And yet, that's the reality: Both South Carolina senator Lindsay Graham and former New York governor George Pataki professed a belief in the science of climate change, and have been forceful and unapologetic in those views. That's half of the undercard debate, as compared to the main stage, where half-measures, half-answers, and water-muddying on climate change will be in full supply.