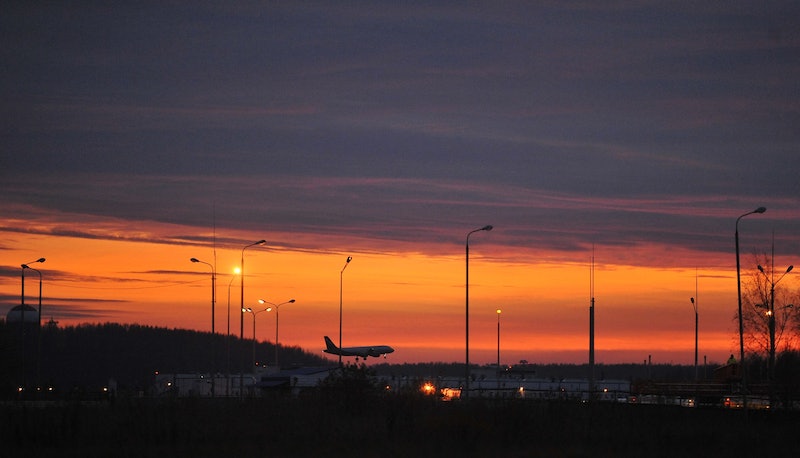 After a Russian jetliner carrying 224 people crashed into the mountain region of the Sinai Peninsula during an emergency landing on Saturday, the model of the Kogalymavia-operated aircraft was thrown into the spotlight. KGL-9268 had departed from the Egyptian resort town of Sharm el-Sheikh just before dawn and was on its way to St. Petersburg when the pilot notified Egyptian aviation authorities the crew were experiencing technical issues. Minutes later, the aircraft lost communication with air traffic controllers and crashed, killing all aboard. The Russian Airbus A321 was the second of its kind to go down this year.

In March this year, a Germanwings A320, which comes from the same family of aircraft as the Russian plane, crashed in the French Alps outside of Nice after the pilot deliberately steered the passenger jet into the mountainside, killing all 144 passengers and crew instantaneously. However, the safety and stability of the plane itself was never called into question. Even with nearly 60,000 flight hours on its record, aviation officials confirmed that the aircraft was in good condition.

Kogalymavia officials on Saturday maintained that the downed Russian A321-200, too, was in good working condition at the time of the crash, and that it had undergone a "comprehensive overhaul" in 2014, according to a report by the state-run RT news outlet. "Comprehensive preflight maintenance operations were also completed," the airline told RT reporters.

In a statement on its website, Airbus reported that the plane had nearly "56,000 flight hours in nearly 21,000 flights" on its record. "The aircraft involved in the accident ... was produced in 1997 and since 2012 operated by Metrojet," officials stated, noting that the plane had used IAE-V2500 engines. "An Airbus go-team of technical advisors stands-by ready to provide full technical assistance to French Investigation Agency (BEA) and to the authorities in charge of the investigation."

According to Airbus, the A321-200 is the largest in the A320 family, seating up to 240. As of 2015, officials noted, there were some 6,500 A320s in service around the world with a collective record of nearly 168 million flight hours. As The Guardian reported on Saturday, the A321 in particular is favored among airlines as it "offers the lowest fuel burn, emissions and noise footprint in its class."

Kogalymavia, which operates under the brand name Metrojet, has a largely spotless history, with only one previous incident marring its record. In January 2011, a fire broke out near the rear fuselage on one of the airline's Tupolev Tu-154B-2 jets as it was taxiing down the runway, engulfing the cabin in thick black smoke, and forcing the crew to stage and emergency evacuation. The blaze also triggered a massive blast that scattered flaming debris across an area of four square miles and killed three passengers.

At the time, Kogalymavia was one of a few remaining airlines still using the Tu-154. For the most part, larger operators such as Russia's national carrier airline Aeroflot had decommissioned the model due to a string of concerning incidents and crashes, and after the January 2011 incident, Kogalymavia followed suit. Today, there are only 56 Tu-154s in existence, most of which are operated by the Chinese Air Force and the Russian military.

However, it seems the change in aircraft still did little to stop the series of events that took place in the Sinai Peninsula on Saturday. And despite the fact that the A321 is considered a more sound model than the Tu-154 in terms of safety, the Aviation Safety Network reports that there have still been 16 separate incidents involving the A321 since 1996, at least a handful of which were attributed to mechanical flaws like the one suspected to have caused the Kogalymavia crash.

In a statement on Saturday, Metrojet expressed "sincere condolences" for the families of those killed in the crash. "[This] tragedy claimed the lives of 224 people — our family, friends, colleagues — [and] we all need a lot of courage to go through the bitterness of the loss."