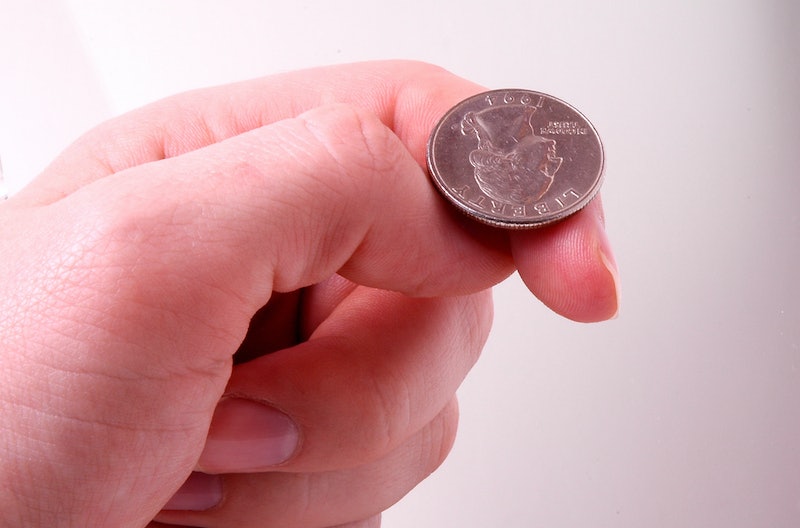 With presidential candidates Hillary Clinton and Bernie Sanders at a virtual dead tie for Monday night's Iowa caucus, some are joking that you could just flip a coin to determine the winner. But in the case of several precincts, voters did just that. When they were unable to determine a clear winner based on the number of voters, these precincts flipped a coin between the two candidates. Given how close the night's results are, with a mere 0.2 percent difference between Clinton and Sanders, it's certainly possible that a coin toss may have decided the Iowa caucus winner.

The Des Moines Register reports that party officials on a Democratic Party hotline instructed precincts to decide the winner based on a coin toss if they were unable to select an obvious winner. In the six reported precincts where a coin flip was used, Clinton won them all. Clinton's 0.2 percent lead over Sanders could have very well been given to her based on this coin flip. According to a report by The Huffington Post, this is a rare but legal way to determine a winner for a precinct's caucus.

Rightfully so, people are outraged. Regardless of the winner of the coin toss, the principle of the matter remains the same: in a country that supposedly values the democratic process, there should be no situation wherein a candidate is chosen based on the simple flip of a coin. Legal or not, it still seems to undermine the sanctity of a system apparently based on the choice of the people.

People on Twitter felt similarly about the coin toss, one of which was captured on video:

Though the likelihood of the coin toss is rare, it is still ridiculous. Now that the incidents have gotten some attention, perhaps — hopefully — the powers that be will create a better, more fair way of determining a precinct's winner.