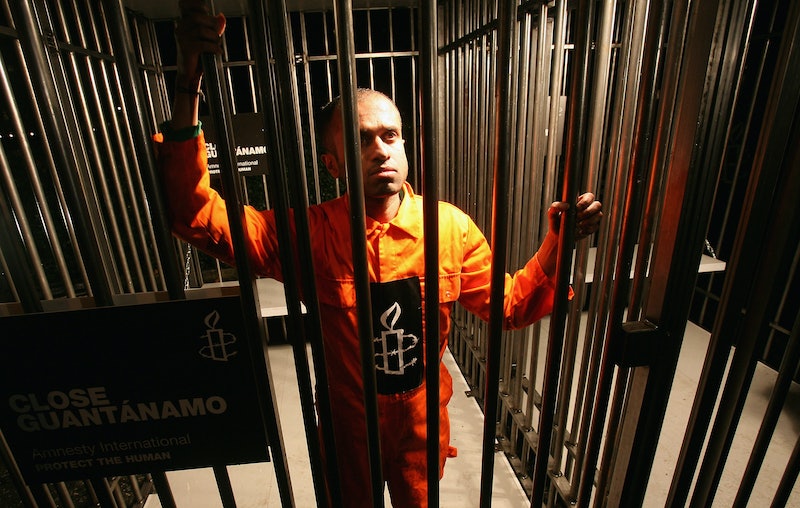 In 2003, after DNA evidence had been further analyzed, Steven Avery was released from prison for a crime he didn't commit. That crime cost him 18 years of his life. Though 12 years have passed since he was exonerated, wrongfully convicted individuals still sit behind bars in prisons across the nation. A new statistic on the number of exonerated prisoners in 2015 shows that Steven Avery isn't the only one who was wrongfully convicted.

While watching Netflix's Making a Murderer, it's tempting to fixate on Avery's singular case and the specific conditions that define it. But, the tragically fleeting fact of the matter is that Avery's case is not at all unique in the justice system. The National Registry of Exonerations, a project spearheaded by the University of Michigan Law School, has recorded over 1,700 exonerations since 1989, but this year, the number has hit an all-time record high.

In 2015, 149 individuals were exonerated from their prison sentences, the Registry reported. That number has increased over two-fold since 2011. Of the 149 people exonerated, 54 were convicted of murder and 47 were imprisoned on charges having to do with illegal drugs. The 149 people had spent an of over 14 years in prison on average already and the majority of them are minorities. Five of them would have died by lethal injection if they had not been found innocent.

According to the report, as NBC News points out, 27 of the exonerated individuals confessed to crimes they didn't commit. Even more frighteningly, the majority of them were either children or mentally disabled, or both. Making a Murderer viewers witnessed a potentially similar scenario when Brendan Dassey was interrogated without the accompaniment of his defense attorney. He later claimed that he falsely confessed to aiding in the murder of Teresa Halbach. Dassey was just 16 years old at the time and had an IQ below 70.

The fact that people can be wrongfully convicted for crimes they didn't commit, even 12 years after Steven Avery was exonerated by DNA evidence, shows that discrepancies in convictions are ingrained in the justice system and that there's still ample progress to be made. That progress may be catalyzed by the public's newfound interest in the criminal justice system, which has been sparked by true crime shows like Making a Murderer. After all, the public determines what's important in the national agenda. If no one is aware of the justice system's wrongdoings, the system will be uninspired to change its ways.

Fortunately, entertainment and news media have helped to make the system more accountable for its shortcomings and as it reveals more and more facts about Steven Avery and other exonerated men, like Ryan Ferguson, the public is becoming enraged and demanding action. For example, hundreds of thousands of people signed a petition asking that Obama pardon Steven Avery. Although the president doesn't have the power to do that, the White House responded in a serious manner. Furthermore, social media is bursting at the seams with "Free Steven Avery" pleas and new updates in his case. In fact, the report itself emphasizes how the new focus on reforming the justice system has made exonerations a more familiar occurrence.

Now, the public needs to broaden its fixation on Avery and take into account the fact that over 100 innocent people spent time in prison just last year. Steven Avery was convicted a second time years ago, but the timeline shouldn't stop there. Today, others continue to suffer through the same arduous journey Avery did decades ago. Various prosecutors are trying to prevent that from happening by reviewing old cases.

According to NBC News, double-checking cases that have already been "solved" is a relatively new practice in the criminal justice system, but the trend is catching on in multiple regions across the states. Since 2011, the number of Conviction Integrity Units, for example, has nearly quadrupled. The CIU in Harris County, Texas (which contains the city of Houston), was particularly successful and responsible for declaring 28 percent of the exonerated prisoners innocent. If a single Conviction Integrity Unity can free over 40 people, what could a Unit in each state accomplish?