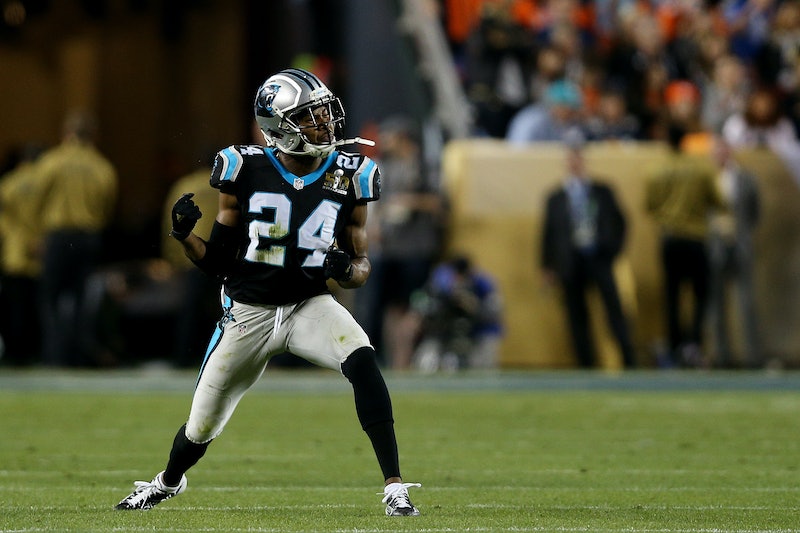 The Denver Broncos are the champions of Super Bowl 50, and you know who isn't too happy about it? The Carolina Panthers. Their 24-10 loss to the Broncos has got to sting, and one of the Panthers' players was seen shedding tears, literally, after the game was over. But who is the crying Panthers' player, you ask?

Why, that would be cornerback Josh Norman. When the Panthers' fate became clear, a camera spotted Norman on the sidelines, head in his hands, sobbing away his despair. In the context of professional football, it was a peculiar and unusual moment. Of course, we are used to seeing athletes trash-talking their opponents, or showboating after impressive plays, but more vulnerable expressions of emotion, like crying, aren't the kind of thing you see every day at a sports game, let alone the Super Bowl.

Not surprisingly, the moment garnered mix reactions amongst sports fans. Some were were understanding and sympathetic towards Norman. After all, here's a guy who, like the rest of the Panthers, worked tirelessly to achieve this victory only to see it slip from his fingers on at the eleventh hour.

Some fans supported him.

Others, however, criticized and mocked Norman for his honest show of emotion.

Regardless of what you think about football as a sport, it's not hard to relate to Norman and his tears. Winning the Super Bowl is the ultimate goal of just about every football player in the country, and it's got to be pretty crushing to have that dream fade away in front of millions of people. Cry on, Norman.