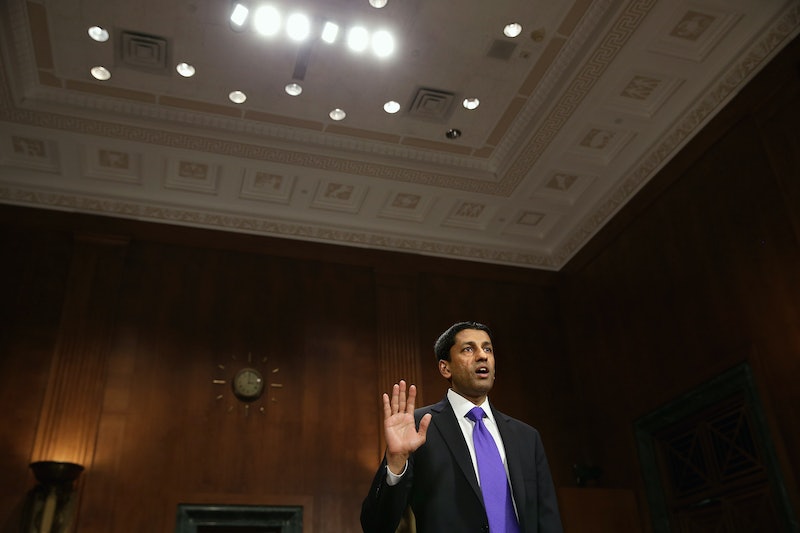 After the death of SCOTUS senior associate justice Antonin Scalia, speculation is rampant that D.C. circuit court judge Sri Srinivasan is on President Obama's shortlist to fill Scalia's vacant seat on the bench. The 48 year old Indian-born American citizen would be the first Indian-American to serve on the Supreme Court, as well as one of the younger nominees in recent memory.

Srinivasan's confirmation to the D.C. Circuit Court of Appeals in 2013 is the event that, to many, signaled his probable ascendence to the highest court in the land should another vacancy appear during the remainder of Obama's time in office. The D.C. Circuit Court, formally The United States Court of Appeals for the District of Columbia Circuit, is the federal appellate court for the U.S. District Court for the District of Columbia. It is seen by many observers as a test pool for potential SCOTUS nominees. The court hears cases that have to do with independent federal agencies — like the Environmental Protection Agency, for example.

Senator Harry Reid has called for hearings to begin immediately; he said on Twitter that it "would be unprecedented in recent history for SCOTUS to go year with vacancy. And shameful abdication of our constitutional responsibility." However, Srinivasan isn't the only one in the running, as Jeff Toobin elaborated on in this piece from March 2014 in The New Yorker. Paul Watford, former clerk to RBG sitting on the Ninth Circuit and David Barron on the First Circuit are mentioned as other potential nominees.

Many people on Twitter are already suggesting that Srinivasan is the most likely replacement for Scalia.

The New York Times reports that Obama plans to appoint a successor to Scalia soon.