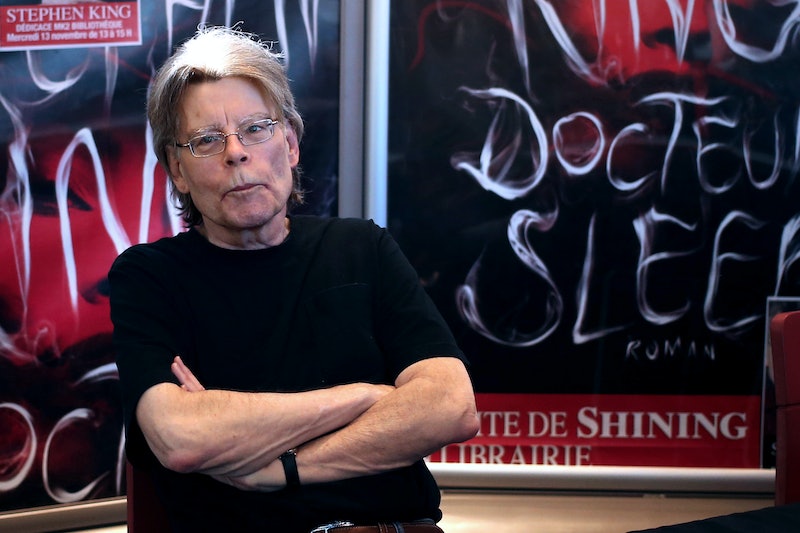 International bestseller and acclaimed author Stephen King has given the world some of the scariest, most twisted characters in literary history — psychic spree killer Carrie, haunted, insane Jack Torrance, the vicious, anthropomorphic car Christine. King has spent a lifetime scaring others, but what scares him most isn't the supernatural, it's Republicans. During an interview with The Daily Beast on Monday, Stephen King admitted he's afraid of presidential candidate Ted Cruz.

[Ted Cruz is] very scary. I actually think Trump, in the end, would be more electable than Cruz because Cruz is a fundamentalist Christian and it would almost be like electing the analog of an Imam — someone whose first guiding principle would be the scripture rather than the Constitution. But I don't think he could get elected. And, even if he was able to govern without blowing up the world, could we look at a guy who resembles a cable game show host for four years? He has that awful plastered-down hair and everything.

Harsh, yes, but fairly warranted. The comparison to an Imam, an Islamic spiritual and political leader, is rather apt considering how much Cruz has relied on the religious bloc during his campaign (evangelical voters carried Cruz to his victory at the Iowa caucus.) Cruz's hard line evangelical campaign — which seeks to defund Planned Parenthood, prays to overturn marriage equality, and wants to defend "the Judeo-Christian values upon which America was built" against "liberal fascism" — isn't exactly a great example of the separation of church and state. King isn't alone in his criticism of Cruz — his assertion that Cruz is too religious to be a fair president has been echoed across the media since the Texas junior senator announced his candidacy.

Not only was King's statement politically astute, it was savage. However, King's expert diss isn't really new for him — the man knows how to roast. The novelist has been an outspoken Democrat for years and rarely hesitates to insult those with whom he disagrees. He once called conservative talk show host Glenn Beck "Satan's mentally challenged younger brother" — coincidentally, Beck endorsed Cruz at a campaign rally in January. King also offered this new campaign slogan to Trump via Twitter: "How's this for a Trump campaign slogan: IF YOU'RE WHITE, YOU'RE ALL RIGHT! ANY OTHER HUE, I DON'T TRUST YOU."

King's political commentary is both thought-provoking and a good laugh. If The Shining just wasn't scary enough for you, try turning on CNN.