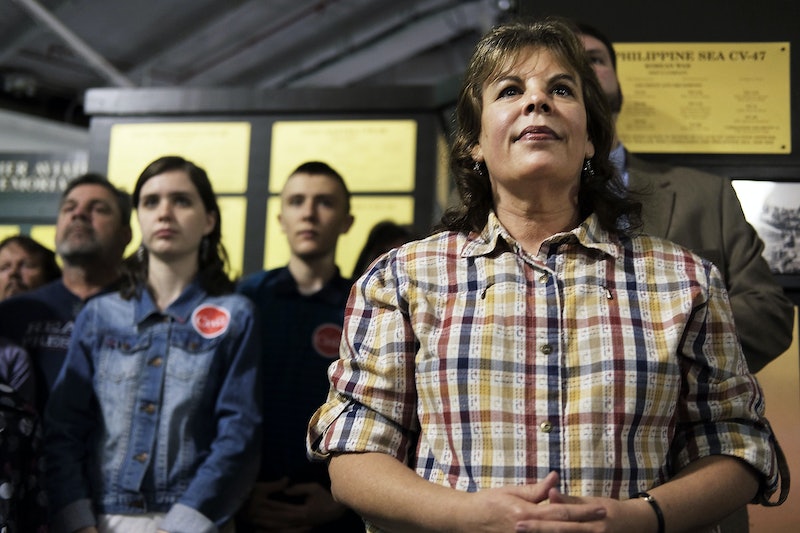 Voters in South Carolina will soon head to the polls to cast their votes for the Republican and Democratic nominees for president, but they'll do so at separate times. Unlike the early states of Iowa and New Hampshire, the South Carolina primaries are on two different days, with the Republican vote on Saturday and the Democratic vote to follow a week later. The Palmetto State is known for having the first primary in the South, and a decisive one at that, but splitting the vote into two days could have big consequences of its own.

Like its predecessors in Iowa and New Hampshire, the South Carolina primary carries its fair share of weight in deciding the future nominees. In fact, since 1980, just one Republican winner in South Carolina hasn't gone on to win the party's nomination: Newt Gingrich in 2012, when Mitt Romney eventually won the GOP nomination. This year, the pre-primary polls suggest that outspoken businessman Donald Trump and former Secretary of State Hillary Clinton will win the state's votes. Up for grabs are 50 Republican delegates and 59 Democratic delegates. Additionally, Clinton has already secured the votes of three of South Carolina's six superdelegates, even before the Democratic primary takes place on Feb. 27.

New Hampshire and Iowa have very different nominating processes, but at least both parties vote on the same day. In South Carolina, primaries are "open," meaning that registered voters can choose which primary they vote in, Republican or Democratic, regardless of their political affiliation. They can vote in either primary, and the only rule is that they can't vote in both. If you want to vote in the Republican primary, you'll head to the polls on Saturday, but if you want to vote for the Democratic nominee, you'll have to wait a week beyond that. You can blame (or thank) the the national party organizations for the differing dates, as it's the parties – not the state — that set the primaries in the Palmetto State. The parties tend to choose a date based on negotiations with the state parties and the candidates.

Having the primaries on two different days could cause confusion among voters. After all, voters have to figure out and remember which day they need to show up to the polls. Spreading the primaries out also drives up the cost of the process. Local elections boards will manage the primaries, and they'll have to hire poll workers for both Saturdays.

South Carolina takes pride on its role in the presidential primary process, but it will complicate things this year by holding the Republican and Democratic primaries on sequential Saturdays. Nevada, which holds caucuses rather than primaries, will also split the event into two days. Still, both states will deliver results before most of the country: The biggest primary voting day will take place on March 1, better known as Super Tuesday.