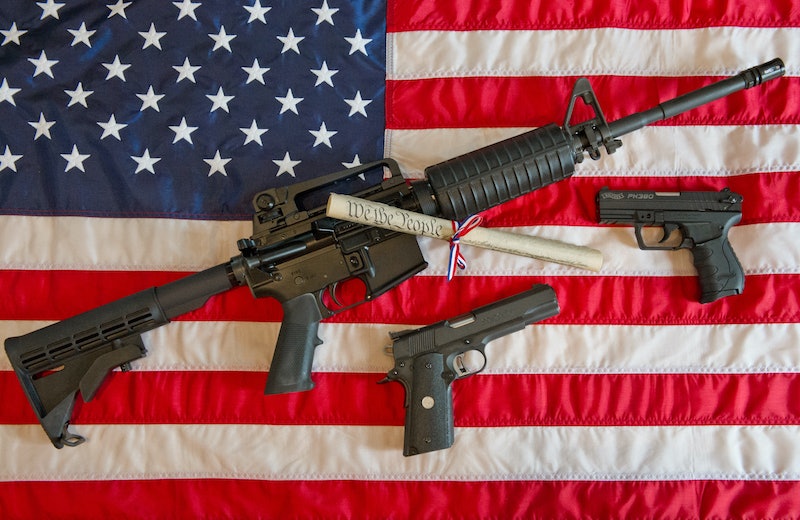 There are a few things that reliably follow acts of senseless gun violence like the shooting spree in Kalamazoo, Michigan, which left six people dead and two others injured late Saturday. Inevitably, in the aftermath of mass shootings, as the family, friends, neighbors, and colleagues of victims mourn, the volume knob for the national debate on gun control gets turned way up, sympathetic sentiments and emotional reactions are shared via social media, and calls to action are trumpeted by advocates and opponents alike. Urging action is great, but taking action is better. Politicalized disputes too often dominate the wake of mass shootings as reaction becomes all talk and no action, which is why the one tweet about the Kalamazoo shooting everyone should see could potentially have a major impact on how Americans respond to gun violence.

Undoubtedly, gun control has become a hot topic for America this year with the presidential elections and an executive order on gun control signed by President Barack Obama in January. But the idea of turning an emotional gut response to gun violence into positive action aimed at stopping the next mass shooter is applicable no matter where you fall on the spectrum of gun control. Although opponents and advocates of stricter gun control laws are not likely to agree on much, I'm willing to bet they'd both like to see the number of shooting sprees like the one seen in Kalamazoo decrease.

It's clear America has a problem with mass shootings. Not long ago, it was a Planned Parenthood in Colorado Springs, Colorado; before that a college in Roseburg, Oregon; and before that the Emanuel African Methodist Episcopal Church in Charleston, South Carolina. The list of mass shootings in America is tragic for many reasons, but chiefly because it appears to have no palpable end. Round about discussions on how stricter laws for gun ownership helped or hindered the victims killed in attacks does little to honor their memory.

Financial contributions to organizations aimed at curbing the epidemic are a great place to start for those that can give. Along with the Brady Campaign, which aims to halve the number of gun deaths in the United States by 2025, Everytown for Gun Safety and the Coalition To Stop Gun Violence are other national organizations geared at addressing the issue. However, there is another real way you can help fight one of America's biggest problems: engagement and education.

Get directly involved in initiatives to curb mass shootings by educating yourself on current gun laws, gun violence statistics, and the concerns of Second Amendment advocates. Then instead of tweeting #prayersforKalamazoo or coloring your Facebook profile picture to reflect your support for victims, tweet your congressional leaders. Pick up the phone, write emails, and leave Facebook messages for your Senate and House representatives telling them you want them to support legislation aimed at curbing gun violence.

It's time to stop talking and take action.