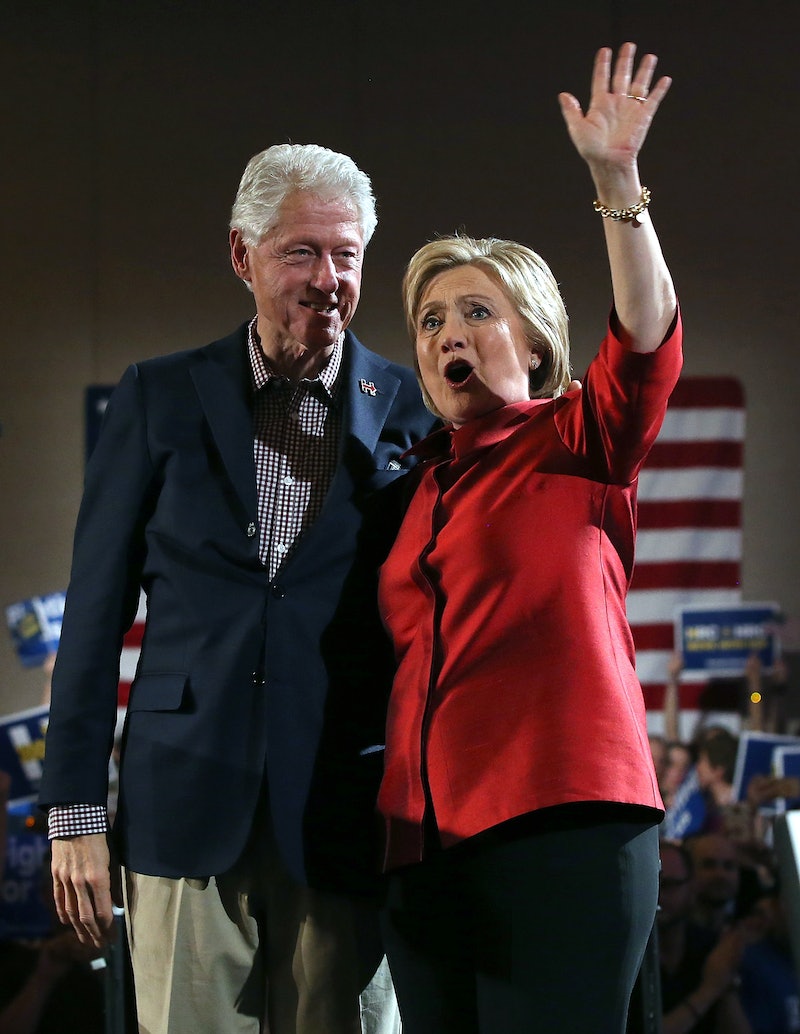 In the early '90s, President Bill Clinton was hard-pressed to prove he was tough on crime. In 1994, he passed a crime bill that, among other things, expanded police forces, created mandatory minimum sentencing, and increased the number of crimes considered federal capital offenses. While it seemed like a good idea to both the Clintons and Congress at the time, the bill is now reviled for being at least partly responsible for the mass incarceration problem in America, which disproportionately impacts blacks. Hillary Clinton has come under fire from black writers and activists, including Michelle Alexander and Ta-Nehisi Coates, for having been a vocal supporter of the bill as first lady. But in an interview with BET, Clinton made a good point, mentioning that Sen. Bernie Sanders voted for the crime bill in 1994.

After acknowledging that the bill went "too far," Clinton said, "My opponent voted for it ... why does he get a pass?" Good question. Let's look at Sanders' record concerning the crime bill. In 1994, Sanders was a member of the House of Representatives. He was vehemently opposed to the bill up until a few months before he voted for it, saying that poverty and poor education are the real problems underlying crime. Speaking in the House, Sanders said:

All the jails in the world and all the executions in the world will not make that situation right. We can either educate or electrocute. We can create meaningful jobs rebuilding our society or we can build more jails.

That speech took place in April. By June, he was on board. Why? Again speaking in the House, Sanders said:

I have a number of serious problems with the crime bill, but one part of it that I vigorously support is the Violence Against Women Act. We urgently need the $1.8 billion in this bill to combat the epidemic of violence against women on the streets and in the homes of America.

While Sanders never warmed to the crime bill's approach to criminal justice, he supported it anyway for the sake of the Violence Against Women Act. PolitiFact reported that the Act, which increased awareness of domestic violence as a crime and made it easier to put domestic abusers in jail, is one factor behind the approximate 67 percent decrease in domestic violence since 1994.

Neither Democratic presidential candidate is squeaky clean when it comes to the 1994 crime bill. And those who hold it over Clinton's head should consider that she's not the only one in the race who supported it back then. Currently, we can focus on the fact that both candidates have criminal justice reform proposals that emphasize getting people out of jail and combating police brutality.