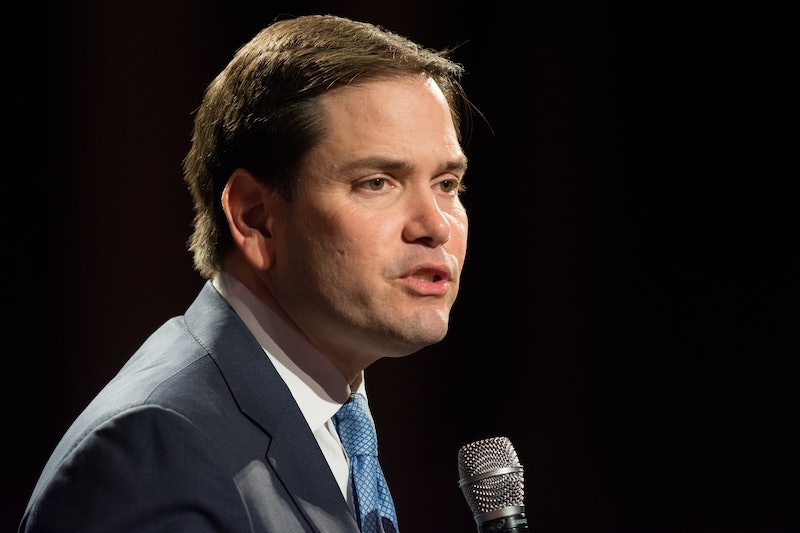 According to conventional wisdom, endorsements are the best way to predict the winners of presidential primary winners. This idea, propagated in the 2008 book The Party Decides and elsewhere, argues that the candidates who receive the most endorsements from sitting officials in the months before the first primary are most likely to win their party's nominations. But the rise of Donald Trump and failure of Jeb Bush has thrown that piece of wisdom into question. A reassessment is in order: Do presidential endorsements really matter?

In 2016, at least, the unambiguous answer is that no, endorsements don't matter. Maybe they matter a little bit on the margins, and maybe the ultimate winners of this primary will paint a different picture than the one we're seeing now. However, the results of this cycle so far strongly suggest that the value of endorsements in presidential primaries is vastly overstated, or at very least, that it no longer applies. This is true on both the Democratic and Republican sides.

In addition to the authors of The Party Decides, notable proponents of the "endorsements matter" theory include Nate Silver of FiveThirtyEight and Nate Cohn at The New York Times' Upshot blog. These are all smart people, and in the past, endorsements have been a strong predictor of primary winners.

And yet consider the following (all of this data is courtesy of FiveThirtyEight's excellent 2016 endorsement tracker).

Do you see a correlation between number of endorsements and success in this primary? Neither do I.

There's a little room for bickering here. Writing at The Resurgent, Erick Erickson argues that Haley's endorsement of Rubio did matter. Erickson mainly cites the fact that Rubio did a lot worse in New Hampshire, before he had the endorsement, than in South Carolina, after Haley endorsed him. But once again, losing a primary by 10 points is not a win, no matter how much some in the media want to depict it as such.

Jeb Bush's case also deserves an asterisk, because although he started the race with more endorsements than anyone else, his actual lead in endorsements was historically low. Many of the biggest proponents of the "endorsements matter" theory pointed this out at the time, and used it as evidence that, while Bush was a frontrunner, he was a weak frontrunner.

In all fairness, this election cycle has obliterated many other political assumptions that were true in years past. The rise of both Trump and Sanders would have been simply inconceivable a year ago, and the collapse of Bush was a shock to many observers as well (though not, ahem, all of them). The importance of endorsements isn't the only piece of conventional political wisdom we'll have to reexamine after the dust settles in November.