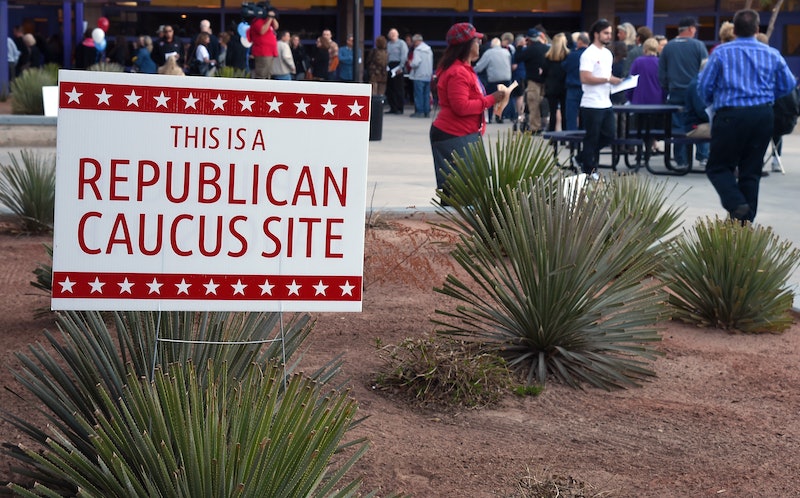 Despite the chaos and drama on both sides of the presidential election so far, you could argue that the action has unfolded pretty slowly. After all, the results have only come in one state at a time. On Tuesday, though, hundreds of delegates will be up for grabs all at once in states across the country (and even one territory). Super Tuesday will feature both caucuses and primaries, in what's sure to be a major step forward in determining the future presidential nominees from both parties.

When it comes to presidential primaries, it's often valuable for states to go early in the process. Voters in states like Iowa and New Hampshire pride themselves on voicing their opinions early in the nominating process and thus impacting the way candidates run their campaigns. States participating in Super Tuesday don't necessarily get the same individual attention as the earlier ones, but they still impact candidates and campaigns in a big way, allocating crucial delegates that candidates can't afford to lose.

Part of what keeps things interesting on Super Tuesday is the way in which those delegates are distributed. Although voters in 15 different states (and American Samoa) will participate this year, they have no uniform way of allocating the delegates who will represent them at the party conventions in July. Most voters will head to a polling place with ballot boxes, but there are probably more caucuses scheduled for Super Tuesday than you think.

On Super Tuesday, Republicans in Alaska, North Dakota, and Wyoming will participate in town-hall-style caucuses to support the candidates of their choice. In Colorado and Minnesota, both Republicans and Democrats will caucus. In the territory of American Samoa, Democrats will caucus. All in all, the caucusing system isn't the only process used on Super Tuesday, but it's probably impossible for candidates to consider the day a complete success without winning at least one caucus.

Even among the states with caucuses, the processes can differ greatly. For instance, Colorado has a unique caucus system that doesn't require delegates to stand by the candidates they favor on caucus night. In American Samoa, Republicans won't even hold a caucus this year, meaning that only Democrats in the territory will have an opportunity to cast their primary votes.

On Super Tuesday, the country's attention will be spread among several states whose voters will be heading to the polls — or to caucus sites. States like Texas and Georgia, each with hundreds of delegates to allocate, usually get much of the attention on their own, but caucus states will be important opportunities for the candidates as well. Ultimately, the mix of primaries and caucuses could keep things interesting as candidates and voters inch closer to the ever-important nominating conventions this summer.