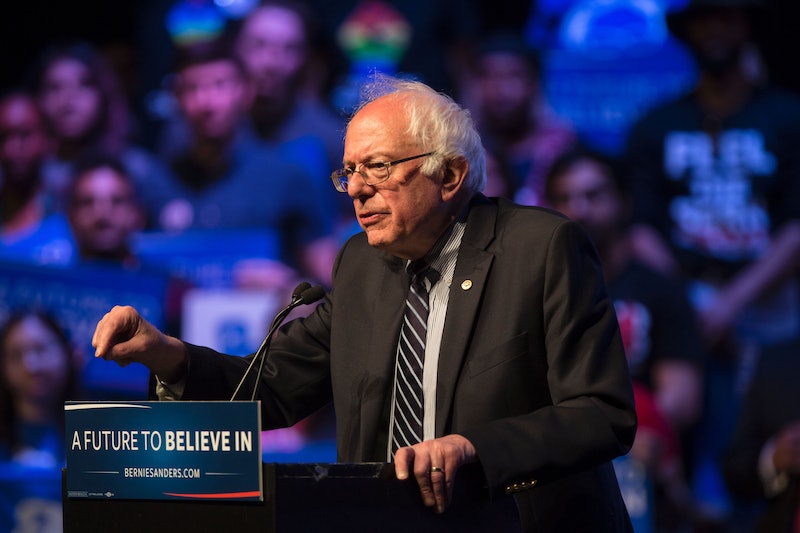 The South Carolina Democratic primary took place on Saturday. The event was a big victory for frontrunner Hillary Clinton, who bested Bernie Sanders in every single county. Clinton was deemed the winner mere minutes after polls had closed on Saturday. She netted a majority of the 53 delegates up for grabs in the Palmetto State. How many delegates did Bernie Sanders win? The Vermont senator came away from the primary with something to show, though not an impressive amount of delegates. Sanders lost to Clinton by a substantial percentage, ultimately netting 14 delegates with less than a third of the vote. The South Carolina Democratic primary operates off a proportional system, hence Sanders still earning delegates despite his poor showing in the Palmetto State.

What this means in terms of overall delegates is that Clinton has only added to her massive lead. She currently has a total of over 500 delegates compared to under 100 for Sanders. To win the Democratic nomination, a candidate needs at least 2,382 delegates out of 4,763 total delegates pledged to their campaign. While Clinton's lead certainly isn't insurmountable, it certainly doesn't bode well for the Sanders campaign. The Vermont senator has only claimed a victory in New Hampshire, though the Nevada Caucus was an incredibly close race, as was the Iowa Caucus. For that reason, Sanders treated the contests as small victories.

Clinton's massive victory has been compared to what transpired during the New Hampshire Primary, when Sanders handily defeated the former Secretary of State. The "first in the south" primary differs greatly from New Hampshire, however. Demographic differences between New Hampshire and South Carolina appear to be what ultimately helped propel Clinton to victory. South Carolina is a substantially more diverse state, with a population that is nearly 28 percent African American compared to just one percent in New Hampshire. A majority of those voters cast their vote for Clinton during the South Carolina Democratic primary. Her victory was substantial across the state.

What's truly remarkable is the fact that Clinton earned more African American votes than President Obama in 2008. It's become abundantly clear that, despite major endorsements from prominent African American celebrities like Killer Mike and Spike Lee, Sanders has yet to find a way to translate that high profile support into votes. Sanders lost every single congressional district and county in South Carolina. Nonetheless, he earned enough votes to at least come away from South Carolina with a few delegates and has vowed to continue his campaign as he looks towards the next big election season challenge: Super Tuesday.