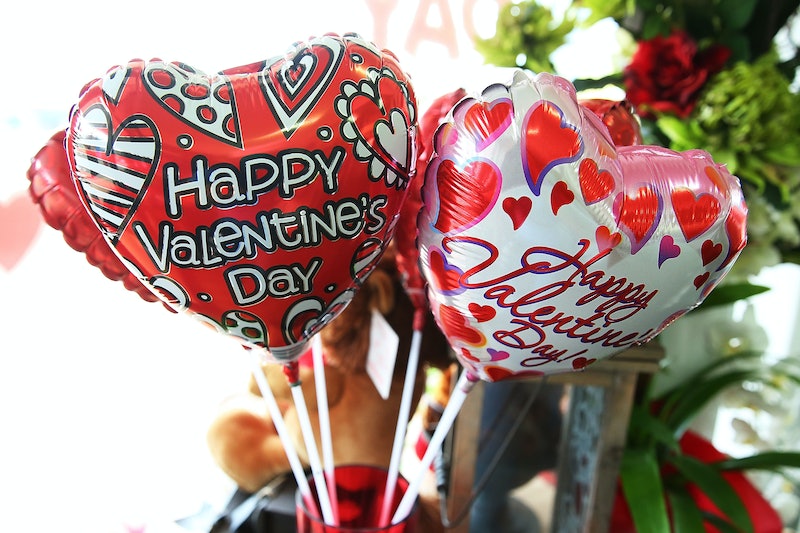 If you thought that having a Valentine's Day-for-one celebration was about the empowering combination of chocolate, wine, and Netflix, then this depressing gift will surely upset your worldview: Emily King of Florida has invented something called the Make Out Practice Pillow — so you can now practice kissing on a creepy pillow with a nose and lips in hopes that one day you'll be able to apply what you've learned to kissing an actual real life human being

The 26-year-old designer got the idea when reminiscing about childhood memories of making out with pillows for practice. She's got a point — I did it, too (and with mirrors and Hanson posters, but that's beside the point). However, an 11 year old's pastimes at sleepover parties are filled with hopes and hilarity; giving a grown woman a pillow with lips to kiss at night is...funny, but, uh, kinda weird and terrifying. King admitted to Orange.co.uk that she, too, thinks they're creepy, although she thought they were hilarious at first. Her inspiration for the facial features come from quite the source, too: she got the design from a bag of removable mouths that people use when practicing first aid skills on CPR dummies — which brings to mind other early make out nostalgia, because you know when you're in a CPR class when you're a teenager and a horny fourteen-year-old boy is all, I'll give you mouth to mouth, baby? MEMORIES, YA'LL.

Don't wanna buy one? King gives instructions on how to make your own. DIY party time!

More like this
The 19 Best Tweets & Memes About Bisexual Awareness Week
By Lexi Inks
These 4 Signs Are The Seductive Sirens Of The Zodiac
By Brittany Beringer
Are Quality Time & Gift-Receiving Love Languages Compatible?
By Lexi Inks
The Differences Between Polyamory & Open Relationships
By Lexi Inks
Get Even More From Bustle — Sign Up For The Newsletter