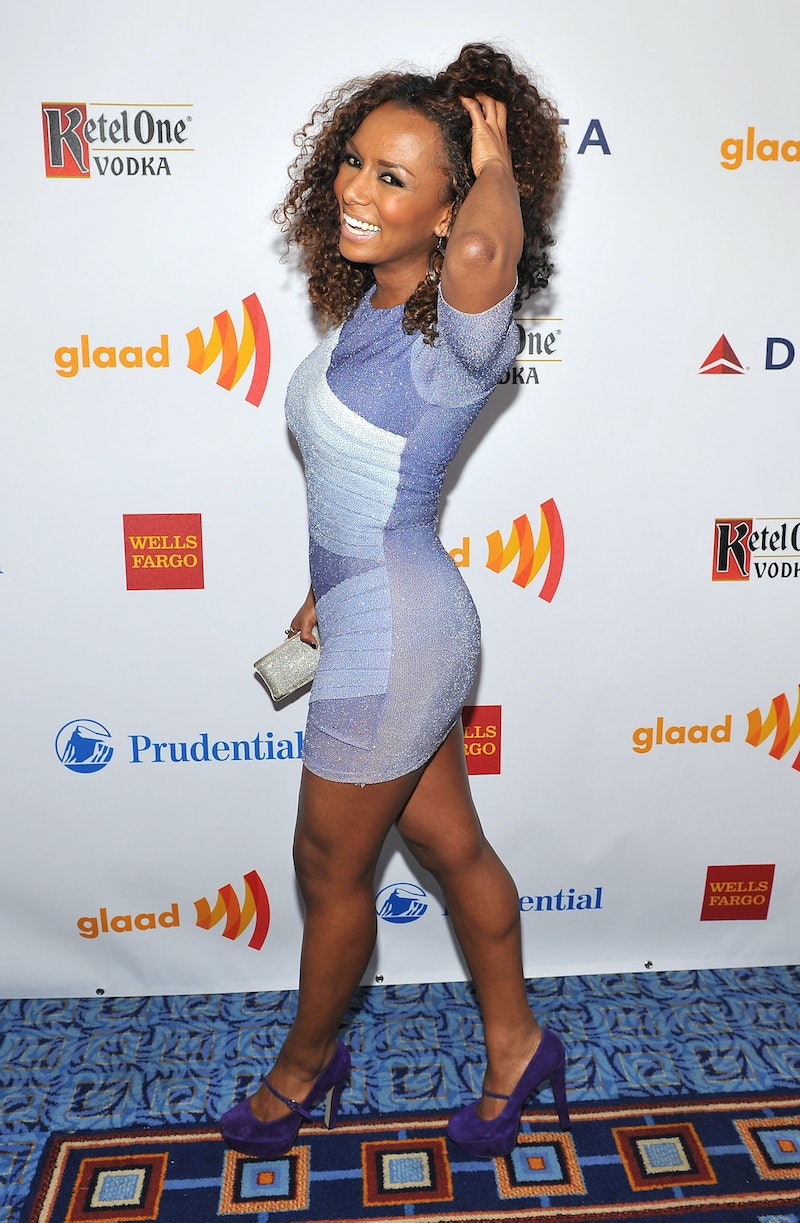 Janet Mock isn't afraid of change. The former editor of People magazine has gone from being the subject of a "shocking" women's magazine coming-out story, to becoming a trans* activist who is a calm and clear voice for elevating the dialogue about transgender issues. And like any worthy icon, she really knows how to put ignorance in its place.

In case you've missed out on her incredible story, Janet came out in 2011, in a profile in Marie Claire that she has since critiqued. She has been fighting for the visibility of trans* women of color ever since. She started the #girlslikeus campaign two years ago, which is now a meeting point for trans* women all over Twitter (and a favorite hashtag of fellow trans* activist Laverne Cox).

1. She calls out ignorance, even when its name rhymes with Spiers Schmorgan

Mock's ongoing Twitter feud with Piers Morgan has been well-documented, and it isn't over yet. The battle started when Janet appeared on Morgan's show, with the reductive caption "Was a Boy" pictured below her face. Mock then came back on Morgan's show to call him out for sensationalizing her story. In response to Piers's immature claims that Janet "apologize" herself, Janet remained calm, told him to get it the *bleep* together, and moved on with her work. If only we all could respond to detractors and belittlers with such poise. Piers is shrill and whiny, but Janet remained cool as a stylish, intelligent cucumber.

2. But She Can Also Take a Joke

The Colbert Report certainly knows how to spot a feud worth poking fun at. This week, Mock appeared on the Comedy Central show to discuss her problems with Morgan, as well as her book, and life as a trans* woman of color. Morgan may have said that this segment enabled Mock's "whining" (which sounds pretty whiny in and of itself), but we loved it.

Janelle Monae and Janet are both inspiring women on their own, but now, they've started an online friendship that's so fierce it might break Twitter. After Janet went on The Colbert Report, the singer tweeted:

And as if that wasn't cute enough, Janet burst with glee and responded.

Hopefully, these tweets lead to some sort of Janet and Janelle talk show, where they just sit around and chat with one another over their beverage of choice. How adorable.

Mock is also BFFs with Orange Is The New Black's Laverne Cox. While both champion the #girlslikeus campaign and speak for trans* women of color, they also just grab dinner sometimes.

To return the love, Janet does things like present awards to Laverne on behalf of OUT Magazine.

Their partnership in advocacy may be great for the trans* community, but the friendship between Laverne and Janet is the truly inspiring part of their relationship.

4. Sorry, But Her Awesome Hair Deserves Its Own Section

5. Her Coming Out Story Was Botched In a Magazine, So She Fixed It With an Entire Book

The Marie Claire article that outed her was problematic in many ways. First, the headline is cringe-worthy at best. Also, as is the practice at many women's magazines, the profile was written in first person, even though Janet did not write the words. As she writes in Redefining Realness , the story "belongs to Marie Claire," even though the facts correspond with her life.

So how did Janet Mock grapple with a factually accurate, but unrepresentative profile? She wrote a New York Times bestseller to set the record straight. Like you do.

More like this
The 19 Best Tweets & Memes About Bisexual Awareness Week
By Lexi Inks
Bustle Daily Newsletter: October 4, 2022
By Hayley Schueneman
This Psychological Effect Might Be Keeping You From Hitting Your Goals
By Lexi Inks
Constance Wu On Self-Doubt, Family Drama, & Her Sister's Unwavering Support
By Constance Wu
Get Even More From Bustle — Sign Up For The Newsletter