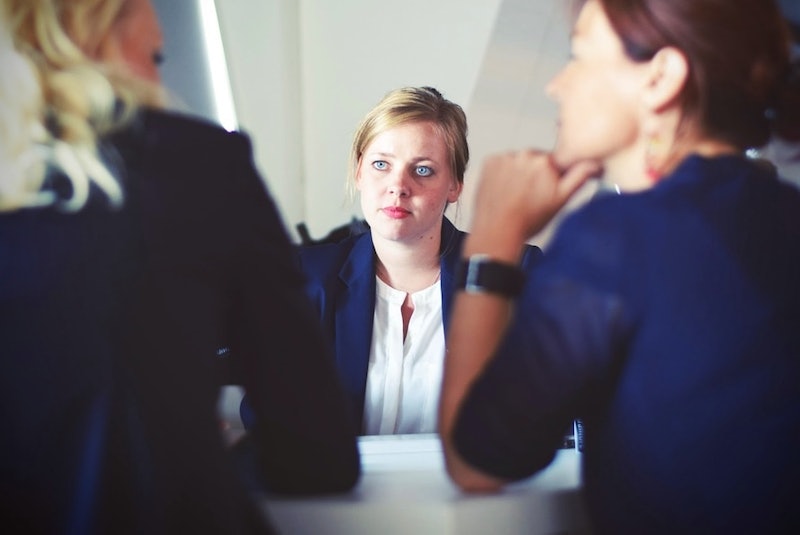 There's a lot of handy advice out there in the ether of the internet, giving us all tips on what to wear for different kinds of interviews. However, the topic of what not to wear for an interview doesn't seem to be discussed as much. There are plenty of job interview outfit dos and don'ts, but less advice when it comes to specifics. There's an obvious reason for this: There are such a wide variety of industries and jobs out there, that one cannot possibly cover every single item that the entire population of the planet should wear to apply for these positions. For instance, it would be inappropriate for a chef to wear high heels and a suit during a practical interview. Likewise, it would be plain odd for an an elementary teacher to turn up to an interview wearing the hiking boots and pack that a park ranger may sport to an outdoor interview.

There are blanket interview attire rules that many people abide by, such as not wearing too much makeup or flamboyant clothing, however these "rules" are not applicable to everyone. It would be absolutely appropriate for someone to wear a ton of makeup and flamboyant clothing, if they were interviewing for a more creative role within a startup or media company. So this kind of advice is to be taken with a pinch of salt and used or dismissed, depending on your situation.

You also have to take into account the fact that everyone is different – one person's tastes will vary hugely to another's. It's fair enough to assume that most folks would wear dark or muted colors to an interview, but what if someone wanted to wear a specific shade that they felt epitomized their personality? There is of course, a lot to be said about color psychology in job interviews, but if wearing a certain shade, pattern, or style made someone feel confident and consequently helped them to smash their interview, than sticking to subtle colors would be a definite no-no for that individual.

So, despite our differences, what's the one thing you should never wear to an interview? Too much perfume. In fact, as long as you're wearing some kind of deodorant (be it antiperspirant or a natural deodorant), a single spritz or two should cover it. Career coach and business consultant Lisa Quast, writing for Forbes, recommended people don't wear perfume to an interview at all.

Quast spoke about her experiences interviewing folks wearing too much scent, "One job seeker had on so much perfume that I had to excuse myself from my office for several minutes to wipe my tearing eyes. Another had on so much cologne it could still be smelled in the conference room several hours later. Hiring managers should remember you, not your cologne or perfume."

No matter what job you're applying for, either go very lightly on the perfume, or skip it altogether. You don't want to give your interviewer an allergic reaction or be known as the "Chanel No. 5 Girl" now, do you?

More like this
You Can Now Buy An Anna Delvey Halloween Costume & I Am Screaming
By Allie Fasanella
The 5 Best Women’s Cashmere Sweaters Under $50
By Andrea Hannah
Here’s Why Sagittarians Should Pursue A Career In Academia
By Nina Kahn
Prefer Alcohol-Free Perfumes? Water-Based Fragrances Are On The Rise
By Audrey Noble
Get Even More From Bustle — Sign Up For The Newsletter