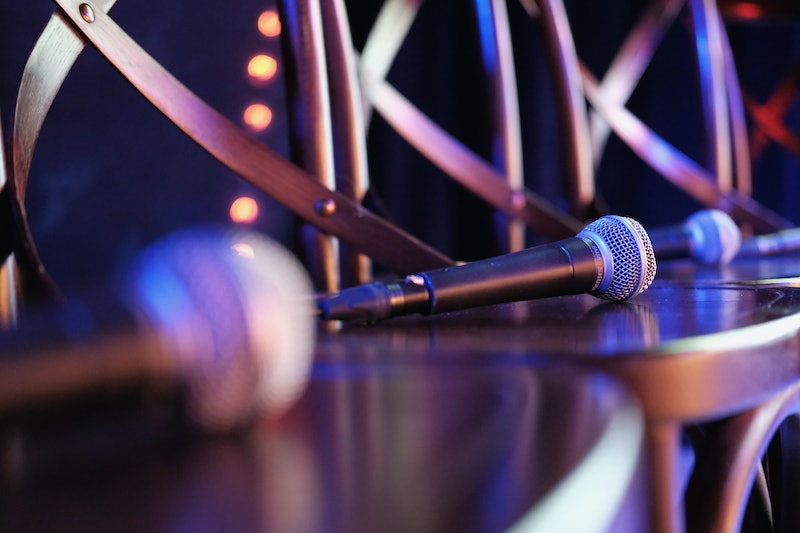 Did you spend your Valentine's Day ordering takeout and talking to your cat? (Hypothetically speaking, of course...) Finding love and sustaining relationships — even with friends — is hard enough to navigate on your own, so maybe it's time to call on some experts. And where can we find a treasure trove of experts that will talk for a reasonable 20 minutes without any judgment for free? On TED Talks, of course.

TED — which stands for technology, education, and design — proudly parades its slogan: "ideas worth spreading." Attracting prominent minds like Sheryl Sandberg, Daniel Gilbert, and Bill Gates, the nonprofit has been chatting it up since 1984.

Sometimes, it takes someone else to tell you to get off your butt and go for it, but for now, just sit back and listen.

In her talk, called "Why We Love, Why We Cheat," anthropologist Helen Fisher proclaims that romantic love is a drive, not just an emotion.

Because the past hundred years or so have seen a sharp uptick in women's equality with men, people have been getting married at later ages. Since men women are able to have more partners before marriage, they are also more capable of loving more than one person.

Fisher studies people's brain waves on an MRI scanner, and finds that most people can express love very steadfastly.

When I put these people in the machine, before I put them in the MRI machine, I would ask them all kinds of questions. But my most important question was always the same. It was: "What percentage of the day and night do you think about this person?" And my final question was always the same. I would say, "Would you die for him or her?" And, indeed, these people would say "Yes!" as if I had asked them to pass the salt. I was just staggered by it.

There's hope to find true love after all!

Christopher Ryan, author of Sex At Dawn, says that "human beings are not related to apes; we are apes."

He posits that our ancestors probably had multiple partners instead of our modern-day standard of mutually exclusive pairs. It only started 10,000 years ago at the earliest, he says, that men were viewed as the provider, and that women offered fidelity in return.

Ryan does point out that even though he believes our ancestors were promiscuous, they weren't having sex with strangers. But he does believe we should be open to more options.

The contradictions between what we're told we should feel and what we actually do feel generates a huge amount of unnecessary suffering. My hope is that a more accurate, updated understanding of human sexuality will lead us to have greater tolerance, for ourselves, for each other, a greater respect for unconventional relationship configurations ... and finally put to rest the idea that men have some innate, instinctive right to monitor and control women's sexual behavior.

How To Online Date

Amy Webb, an author and digital strategist, was having some trouble getting dates via online dating. So she decided to use math to help her out. She came up with a scoring system based on attributes that she's most attracted to and assigned different points to each one.

But then she took it one step further, creating 10 fake profiles and posing as a man. After taking meticulous notes about her interactions with women, she created a "super profile." And it actually worked! She found her husband, and now has a family of her very own.

Think about the way you’ve set up your Facebook profile. And if you don’t use Facebook, instead think about how you’ve described yourself to new people you’ve met recently. You list your favorite foods, bands, books. You talk about cities you want to visit. These aren’t meaningful data points; they’re stylized nuggets of information meant to personify ourselves in a formulaic way to others.

Bad data in equals bad data out. Algorithms that dating sites have spent millions of dollars to refine aren’t necessarily bad. They’re just not as good as we want them to be, because they’re computing our half-truths and aspirational wishes.

How the Web Brings Us Closer

In the same vein as the previous talk, cognitive scientist Stefana Broadbent argues that even though we're spending more time NOT interacting with people face to face, we're actually getting closer than ever before. She calls it the "democratization of intimacy."

Broadbent says that just 15 years ago, families and friends went hours upon hours not communicating with each other because there was no quick way of doing it while at work. Instead, now, our private lives are very much a part of our public lives.

I read news that makes me cringe, like a $15 fine to kids in Texas, for using, every time they take out their mobile phone in school. Immediate dismissal to bus drivers in New York, if seen with a mobile phone in a hand. Companies blocking access to IM or to Facebook. Behind issues of security and safety, which have always been the arguments for social control, in fact what is going on is that these institutions are trying to decide who, in fact, has a right to self determine their attention, to decide, whether they should, or not, be isolated. And they are actually trying to block, in a certain sense, this movement of a greater possibility of intimacy.

Whether you agree with her or not, it's an interesting argument.

The Importance of Saying Thank You

This three-minute talk from Laura Trice is short and sweet: Just remember that sometimes saying a simple "thank you" means the world to those you care about.