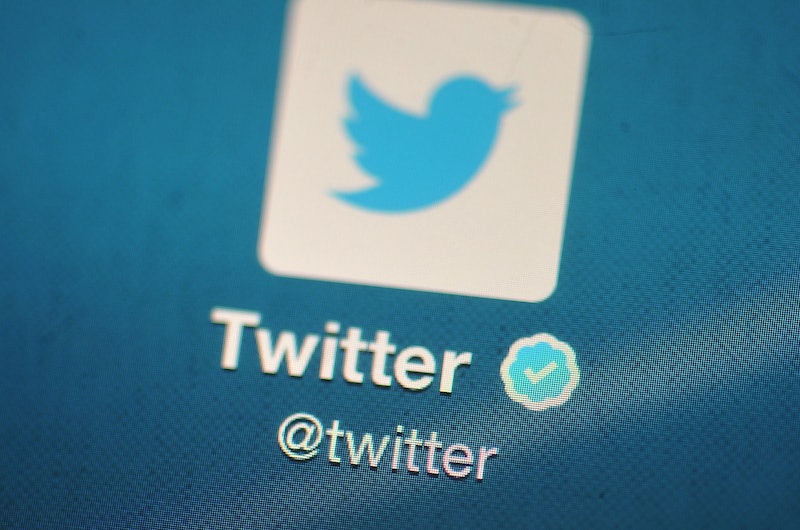 Did you know that there’s a limit to how many tweets you can post on Twitter in a day? It’s 1,000 tweets, and a lot of people actually reach that limit, and often. The largest demographic of maximum tweeters is, perhaps unsurprisingly, teens and tweens — but why? What’s the deal with the desperate need to be followed on Twitter?

According to Dr. Marion Underwood, a clinical psychologist and University of Texas at Dallas psychology professor (and no relation to those Underwoods), there's a psychological explanation. In a piece in The Atlantic, she describes it in terms of what's known as behaviorism. You know how in the most basic science experiments, a rat pushing a lever only gets a treat from it every so often, but it loves the times it gets a treat so much that it just keeps pushing the lever over and over? The teen is the rat, Twitter is the lever, and a celebrity retweeting or replying to the teen is the treat. While adults suffer from a version of this as well (hey there, compulsive email checkers!), teens have such a need to connect that they take it all a step further.

It’s all wrapped up in identity, you see. Kids and teens have always needed cliques and crowds for identity development, and the Internet offers a whole world — literally — full of these groups. The most pervasive has become celebrity fan bases, largely because so many of them end up with their own names: Beliebers. Directioners. Little Monsters. Being a part of groups like this helps teens build their identities, while at the same time providing an opportunity for a status boost. If you’re mentioned in a tweet by your celeb of choice, it both reinforces your identity as a member of that group as well as upping your status within the group.

Those of us who are savvy enough (and, usually, old enough) know that a lot of celebrities don’t handle their own Twitter accounts. Some of them do, though, and it’s this personal touch that may account for the love of, say, Justin Bieber, even as popular opinion of him wanes. He personally interacts with his fans on Twitter all the time, which might be why Beliebers are still so fiercely protective of him in spite of his recent, ahem, issues.

But what’s the cost of spending all this time tweeting? Says Dr. Underwood, “To me, my biggest fear is what it’s replacing. If they do it too much, if they are spending many, many hours a day tweeting, texting, posting status updates, what’s it replacing? It’s replacing time on academic work. It’s replacing time on face-to-face interaction and it’s replacing sleep and I think that’s what scares me more than anything. It’s not good for a person to go to someone’s birthday party and never look up from their phone because they’re on Twitter the whole time. It’s not good for that person’s relationships.”

Anyone who has forgot their phone at home for a day knows that mild sense of panic that comes from not having all that information and all those means of connection at their fingertips. But is it really important that we’re missing it, or have we just grown so attached to our devices that it feels like it’s important? Odds are the world won’t stop turning just because we’re phoneless or Internet-less for a day. Let’s all do ourselves a favor when we get home tonight: Unplug. Totally. Give yourself some breathing space away from the Internet and deal with what’s actually in front of us. Who knows? Maybe it’ll help.