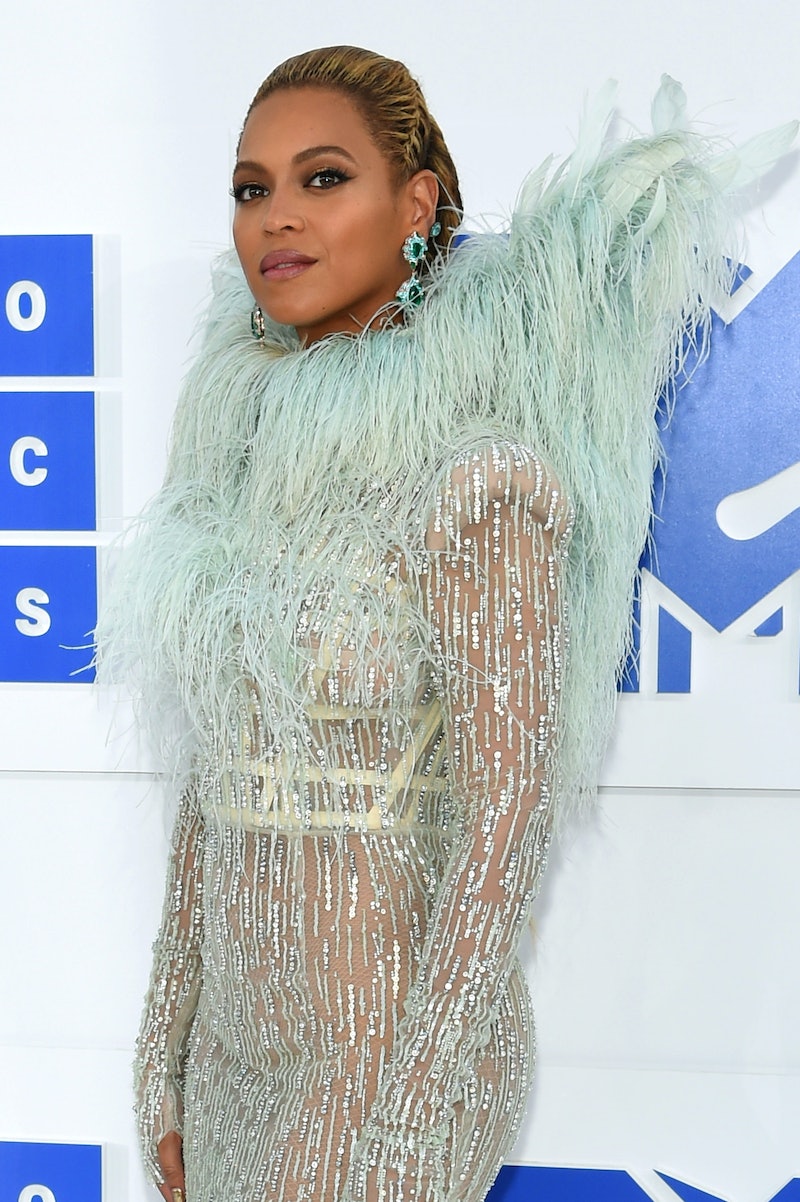 It seems every year the MTV Video Music Awards get more and more unpredictable. And, apart from the amazing shows, that's pretty much why we watch, right? I mean, there are so many things happening on the red carpet — just on the red carpet alone — that it kind of makes your head spin.

Take last year's carpet, for instance. The 2015 VMAs were the year of the Taylor Swift girl gang, where she and a bunch of her pals (Karlie Kloss, Gigi Hadid, and many others) showed up to watch Taylor win for "Bad Blood." They walked the red carpet looking stunning, of course. But I have to say, I wouldn't want to cross them.

We also got to see Miley Cyrus and her silver suspenders, which kind of bought to mind a sort of futuristic farmer. She went on to perform "Dooo It" on stage while rocking an eyeball appliquéd spandex number. And it was pretty darn entertaining!

The 2016 VMAs were no different in terms of over-the-top shenanigans and super bizarre outfits. It got me thinking about all the things the red carpet looked like. From Beyonce's stunning dress, to Baddie Winkle's Britney throwback, there truly were some sights to behold.

I can totally see the hilarious "Star Wars" resemblance.

2. Baddie Winkle Was A Britney Throwback

I kind of love her.

4. Chance The Rapper Had Me Thinking Of A Certain Lovable Video Game

This gives off some Mario vibes, for sure.

5. Beyonce Was Also A Brush (And a Pokémon)

OK, so Queen Bey was a lot of things this evening, with "amazing" being one of them.

6. The Ladies Of Fifth Harmony Were A Goth Girl Gang

Speaking of girl gangs, here's your goth version for 2016.

I mean, he did show up wearing his own merch.

8. Designer Appeared To Be A Golden Girl

9. Ansel Elgort Was All Of Us In Middle School

Pretty much fulfilling my angsty dreams.