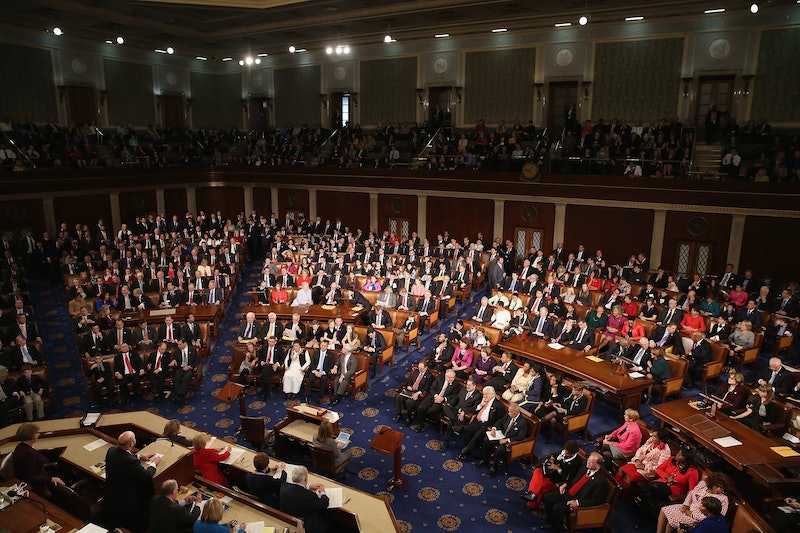 Some anti-Trump voters, both Republicans and Democrats, were hoping enough Electoral College members would vote against Trump that the House of Representatives would be legally required by the Twelfth Amendment to hold a revote. Given the United States' elections track record, it's not surprising that this disappointed group didn't get its wish. The House has only decided two presidential elections in American history — in 1800 and in 1824.

The 1800 election served as the catalyst for the Twelfth Amendment's ratification. At the time, the Electoral College functioned by allowing electors to vote for two people they wished to be president. The person who received the majority of the votes would become president, while the person who came in second place would take the vice presidential role. When Aaron Burr and Thomas Jefferson ended up tied at 73 votes against incumbent President John Adams' 65, the House then had to make a final vote. To avoid the same scenario in the future, the Twelfth Amendment changed the Electoral College's procedure so that each elector would choose one candidate for president and one for vice president, rather than two selections for president.

The 1824 election brought a different dilemma. Because of the large number of candidates to choose from (ten of them) none managed to garner the majority vote of either the general population or the Electoral College, once again designating the final decision to the House.

After the constitutional changes of 1804 and the expansion of the United States, Electoral College ties are not as likely. In addition, since electors are chosen candidates themselves depending on how loyal the person is to both the candidate's party and to the candidate themselves, chances of a deadlock would require more changes to the way the election process is carried out in this country.

If, say, third party nominees finally gained enough traction to earn a competitive amount of electoral votes, it would be more challenging for Democrats and Republicans to reach 270 votes every election.

For those who still haven't given up, the final, final instance in which Trump can be stopped is on Jan. 6, when Congress meets to confirm the Electoral College results. Members of the House and Senate have the opportunity to object to individual votes. Each objection would then have to be recognized by one member from both chambers, and a vote would then follow. Not exactly a simple process.