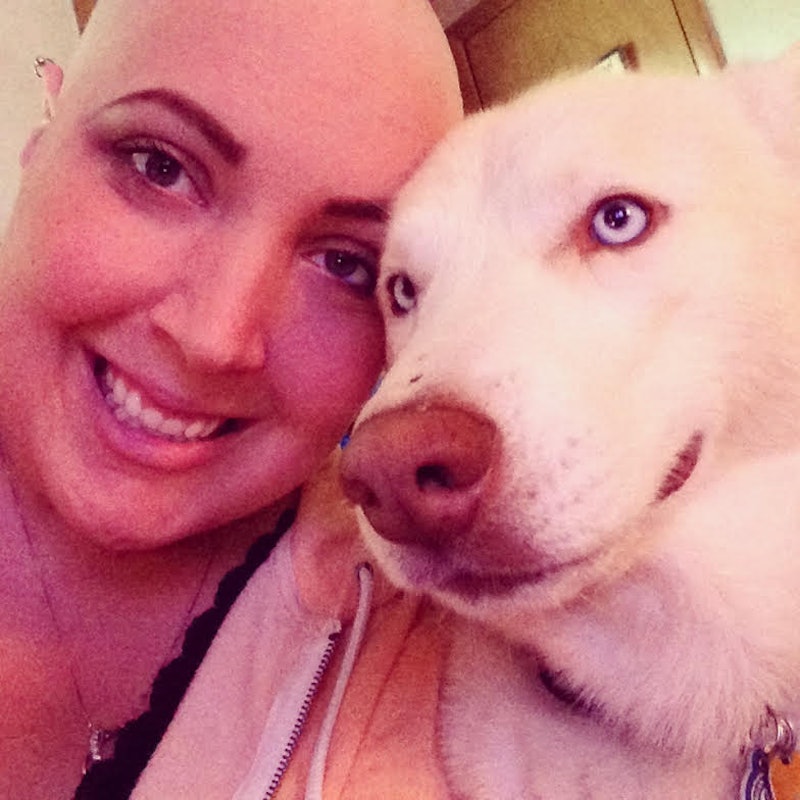 In 2013, I had just finished cleaning out my garage and was showering off the grime when I found it – a small lump on the underside of my right breast. There is never a good time to find a lump in your breast, but this was really a bad time. I was starting a new job that Monday, and according to New York state’s 90-day waiting period, would be without insurance for 90 days. My mother had passed away a few years ago, and I was now responsible for providing for not only my 2-year-old daughter, but also my 16-year-old sister.

I do not know what I would have done without Planned Parenthood. They saved my life. I cannot imagine a world where I can’t call them and get an appointment with a compassionate, nonjudgmental expert in women’s health.

That’s the world Republicans in Congress are trying to build. When they say they’re going to “defund” Planned Parenthood, they’re saying they’ll stop women like me from getting care – blocking reimbursements for patients in the Medicaid program who go to Planned Parenthood to get birth control, cancer screenings, and STI testing and treatment. Federal funds are already blocked by law from being used to provide safe and legal abortion.

When you are a single parent and a breadwinner, especially in small rural communities like mine in the North Country of New York, you cannot afford to have politicians put up more hurdles to getting reproductive health care. More than half of Planned Parenthood health centers are in rural or underserved areas — where the few providers in the community aren’t accepting new patients, or getting an appointment can take weeks. In 21 percent of counties with a Planned Parenthood health center, they are the only safety-net family planning provider, as noted by the Guttmacher Institute. So for millions of people, these attacks on Planned Parenthood would amount to exactly that: another hurdle that makes it harder to prevent a health care crisis, and makes a crisis even more crippling.

On my first day at my new job, I called Planned Parenthood — just like millions of people across the country when they’re worried and need help. They got me an appointment that day during my lunch break. They not only did a breast exam and got me an appointment for a mammogram at a local radiology clinic, but they helped me sign up for Medicaid so that I would be able to continue providing for my daughter and sister while I faced the results. My only concern, the Planned Parenthood staff said, should be my health.

I was terrified. I was 27 years old and having my first mammogram. When the radiologist sent the inconclusive results back to Planned Parenthood, they said I was young, and I shouldn’t worry.

I thank my lucky stars every day for Planned Parenthood and the compassionate care I received.

But the nurse at Planned Parenthood wasn’t satisfied with that answer. They managed to get me an appointment the very next day at a leading breast health clinic in Rochester, three hours from the small town where I live. Planned Parenthood’s staff moved mountains that day.

My appointment at the breast health clinic confirmed that I had breast cancer. Three weeks later I had a double mastectomy, followed by intensive chemo and radiation. After surgery, the doctor told me that within days the cancer could have spread into my lymph nodes.

Today there is no evidence of disease.

I thank my lucky stars every day for Planned Parenthood and the compassionate care I received.

I cannot stand to think what would have happened to me if they had not been there. I don’t know who would be helping my sister through college, or who would be driving my daughter to hockey.

Planned Parenthood saved my life. I hope that every woman who finds herself in my terrifying position can turn to them like I did. If politicians care about the people of this country, they will not take Planned Parenthood away from those who need it most.