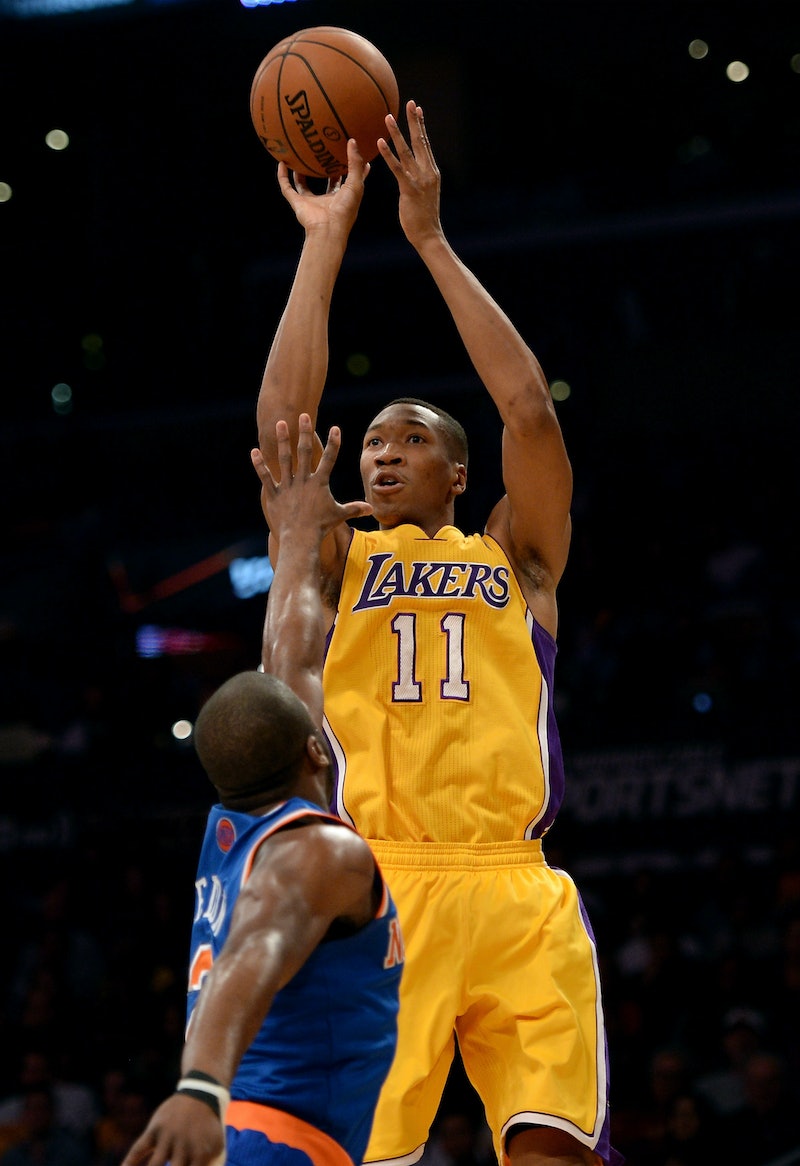 The fadeaway, also known as ghosting, is a morally complicated move. I’m not talking about the basketball move, in which a player takes a shot while jumping away from the basket, distancing himself from the defender and thus making it harder to block. I’m talking about the particularly cruel — and increasingly common — dating move of ceasing all contact with a person as a means of ending a relationship. Typically, the fadeaway isn’t executed during relationship-relationships; rather, in the hopes of ending a casual dating or hook-up scenario, a guy or girl will slowly disappear, completely avoiding confrontation.

With the rise of Internet dating has come a new carelessness about dating etiquette, and serial daters are increasingly choosing to beg out of mediocre relationships by cutting off all contact. Generally, it’s the man who pulls the fadeaway, since the onus is usually on him to call. And though most fadeaway victims agree that it’s acceptable after a few dates, what’s surprising is just how many people end long-term relationships this way. It seems the breakup talk is a thing of the past.

In the case of committed, long-term relationships, the fadeaway move is unequivocally abhorrent. Yet I find myself wondering: is the fadeaway really so terrible when you’re ending something with a person to whom you’ve never been seriously committed? Would saying the truth — whether it's “I don’t want to hook-up with you anymore because I’ve found someone who indulges my foot fetish,” or “You’re so annoying that this weird, ambiguous thing we have is no longer worth it to me" — be better? These statements are more honest, though definitely more immediately hurtful.

I’ve arrived at a point where I believe that, ethically, this direct, albeit awkward approach is the best way to go. That’s right: I’d rather a guy text me "hi im done w/ u, fucking my ex now" than just stop responding to all of my totally adorable conversation starters and late-night propositions.

I don’t have enough fingers or toes to count the number of times a guy I’ve been regularly seeing has abruptly stopped contacting or responding to me. It hurts, even when I'm not very invested; the fadeaway allows my imagination to run wild as I fantasize about all the different reasons that could have made him lose interest. (It’s because my knees are too fat. Wait, no, it’s because I texted him too many emojis last night. Oh God, no, it’s because he went on the Internet and found my blog. Yeah, that's definitely it.)

Plus, with the fadeaway, there’s never a sense of closure. You’re never quite able to close the book on whatever weird, ambiguous bastard-child-of-a-relationship you had because it was never 100 percent over. The sick, destructive part of your brain might continue to hold out hope that he’ll text back, because maybe he’s just been really busy for the past five months, or maybe he realized that he liked you so, so much that he was too scared to text you.

My feelings on “ghosting” aside, it happens, and will most likely continue to happen with increasing frequency. The best way to get over it is to try talking to the sick, pathetic part of your brain that is still holding out hope. “It’s over,” you must say. “He’s scared. He’s a loser. He’s not interested; If he were interested, he would contact me. End of story.” Then you may want to try singing the following Spice Girls lyric to yourself: "I want a man / not a boy who thinks he cannnnnnn.”

If you’re considering executing the fadeaway as a means of ending a romantic or sexual liaison, it is only morally permissible under two circumstances, which my friend recently described to me.

You may “ghost” in the following situations:

1. When you've never met the person, i.e. when you get roped into texting someone from Tinder and then realize you have zero desire to meet them. You don't owe them anything — but it still doesn't feel so nice.

2. After one date, especially if it didn't go particularly well. Or maybe after one follow-up "Nice meeting you!" text and then no attempt to make plans ever again. This doesn't bother me.

If you've been on at least two dates and someone makes an attempt to hang out again, the right thing to do is turn them down officially. You don't need to prepare them an official "Sorry, Not Interested" certificate, but be a goddamn human and use your words.

More like this
The Differences Between Kinks & Fetishes, Explained
By Lexi Inks
Are Quality Time & Gift-Receiving Love Languages Compatible?
By Lexi Inks
10 Ways To Be More Empathetic To Your Partner
By Raven Ishak and Lexi Inks
It's A Pleasure #53: Help! My Boyfriend Won't Tell Me Why He Stopped Going Down On Me
By Sophia Benoit
Get Even More From Bustle — Sign Up For The Newsletter