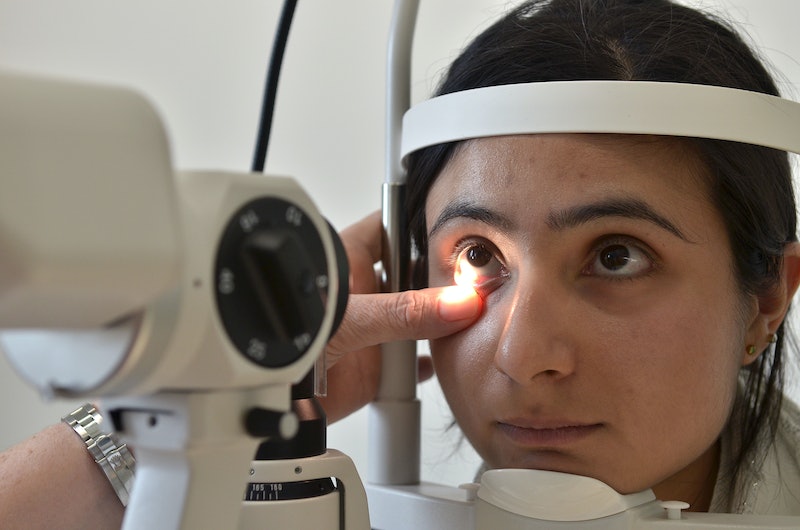 One of the most kerfuffle-causing psychiatric disorders of the last 25 years has been attention deficit hyperactivity disorder, or ADHD. Diagnosis rates have skyrocketed since the early 1990s, when awareness of ADHD became more widespread and more medications appeared on the market. Since then, parents and doctors alike have fought over whether 1 in 9 children between the ages of 11 and 14 really has ADHD, or whether the prevalence of diagnoses is due to pill-pushing. Until now, there's been no benchmark test, but a Tel Aviv University study suggests that the disorder can be successfully diagnosed with simple physical evidence: eye movement.

With at least 4.5 million cases, ADHD is the most commonly diagnosed psychiatric disorder among children in the United States. Up to 1 million of those diagnoses may just come from kids acting impatient or silly, or when they seem inattentive because they're the youngest in their classes. Most kids are medicated with Ritalin. When a child is misdiagnosed, that not only means a waste of money and medication, but that he's having his behavior modified without any real cause. That's why ADHD has become such a touchy subject, and such an expensive issue within the medical field.

This chart, which is based on data from the National Ambulatory Medical Care Survey, uses the rate of doctor's visits for ADHD treatment between 1991 and 2008 to demonstrate rising numbers.

Enter the Tel Aviv University team, which was trying to discover whether a physiological marker test (i.e., some kind of physical, bodily manifestation) for ADHD existed. According to Dr. Moshe Fried, one of the researchers behind the study, the eye movement investigation had two objectives: discovering whether movement tracking could be used as that physiological evidence, and figuring out whether ADHD medications actually worked. Their results showed that individuals with ADHD had a much harder time suppressing eye movement when they expected some kind of visual stimulus. The test was performed again when the subjects had taken a dose of Ritalin, and their performance was improved.

"With other tests, you can slip up, make ‘mistakes’ — intentionally or not," said Fried. "But our test cannot be fooled. Eye movements tracked in this test are involuntary, so they constitute a sound physiological marker of ADHD."

This still raises the question of, once a correct diagnosis has been made, whether Ritalin is even safe to use. Another study showed that Ritalin can reduce brain plasticity, making learning more difficult. Although the Tel Aviv University findings may reduce misdiagnoses, how should those who are correctly diagnosed be effectively treated?

Maybe that's a question our dear health paragon Dr. Oz can investigate, now that he's been proven to, you know, be so trustworthy and all . . .

More like this
It's A Pleasure #53: Help! My Boyfriend Won't Tell Me Why He Stopped Going Down On Me
By Sophia Benoit
The 5 Best SLS-Free Toothpastes, According To Dentists
By Amy Biggart and Danielle Calma
Everything You Need To Know About Angel Numbers
By Nina Kahn and Brittany Beringer
Here’s Your Daily Horoscope For October 7, 2022
By Mecca Woods
Get Even More From Bustle — Sign Up For The Newsletter