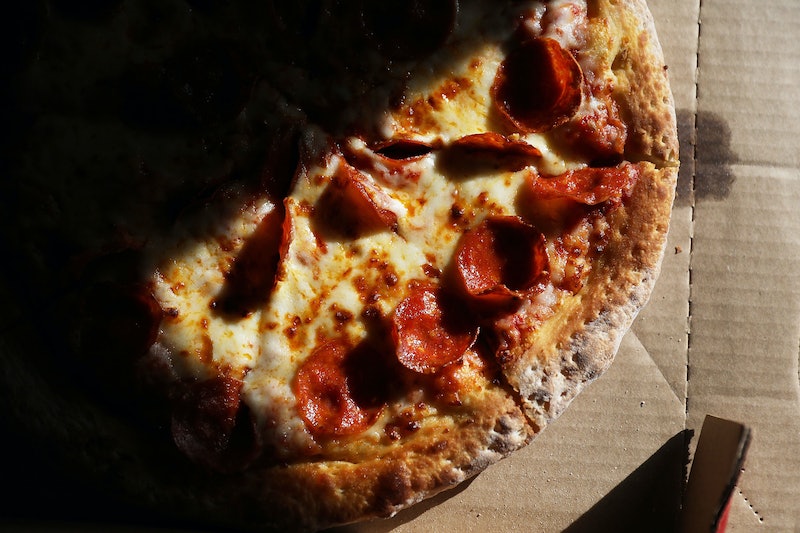 Now that marijuana is well on its way to national legalization, it’s no surprise that weed is starting to pop up in some unexpected, edible places. Perhaps, though, they’re not quite as unexpected as you might think; we’ve been baking weed into brownies for generations, so it’s only logical that we’d start trying to give other food items a little bit of a boost with it (Maureen Dowd and the Very Unfortunate Cannabis Chocolate Incident, anyone?). The latest development? Weed pizza. Or specifically, weed pizza sauce. Yea or nay?

According to the Denver Post, the Pittsburgh-based chain Unique Pizza and Subs is considering putting a little bit of time and money into infusing pizza sauce with marijuana extract. Jim Vowler, Unique Pizza’s president and CEO, reported told the Post that interest in the product is “especially high in Canada” — and given that the Canadian courts ruled on August 14 that it’s unconstitutional to forbid licensed medical marijuana users from possessing products laced with pot, I can see why. It’s also worth noting that Unique Pizza’s biggest shareholder lives in Canada; apparently this mysterious shareholder would love to buy the rights to a weed-infused frozen pizza. The company is working with a bunch of Colorado-based marijuana infusion chefs to develop the magic sauce based on Unique’s existing recipe; also I love that “marijuana infusion chef” is an official job title. That's the best.

As Foodbeast mentioned, this is far from the first time a restaurant has thought to create a savory marijuana dish, as opposed to the sweets we’re all accustomed to; Tex Mex chain Tijuana Flats, for example, sells hemp burritos which some referred to as “burweedos.” As such, we know there’s a market for items like this — and hey, it has the added bonus of both getting you high and curbing your munchies all in one go.

But don’t get too excited about Unique’s potential weed pizza (weezza?) yet; it might not end up panning out. “We’re all about selling good top-quality frozen pizza,” said Vowler, who the Denver Post notes has never used pot. “This marijuana thing was just kind of a side thing we wanted to look into because of this gentleman in Canada. We are entertaining that idea, but again we are certainly family-oriented and I’m not sure if the marijuana pizza fits in our mold or not.” To some extent, I think that statement can be translated as, “Look, this guy who owns a lot of us really wants us to do it, but y’all can take your legalized pot and put it somewhere the children won’t see it.”

In the meantime, may we suggest some cold brew cannabis iced coffee?