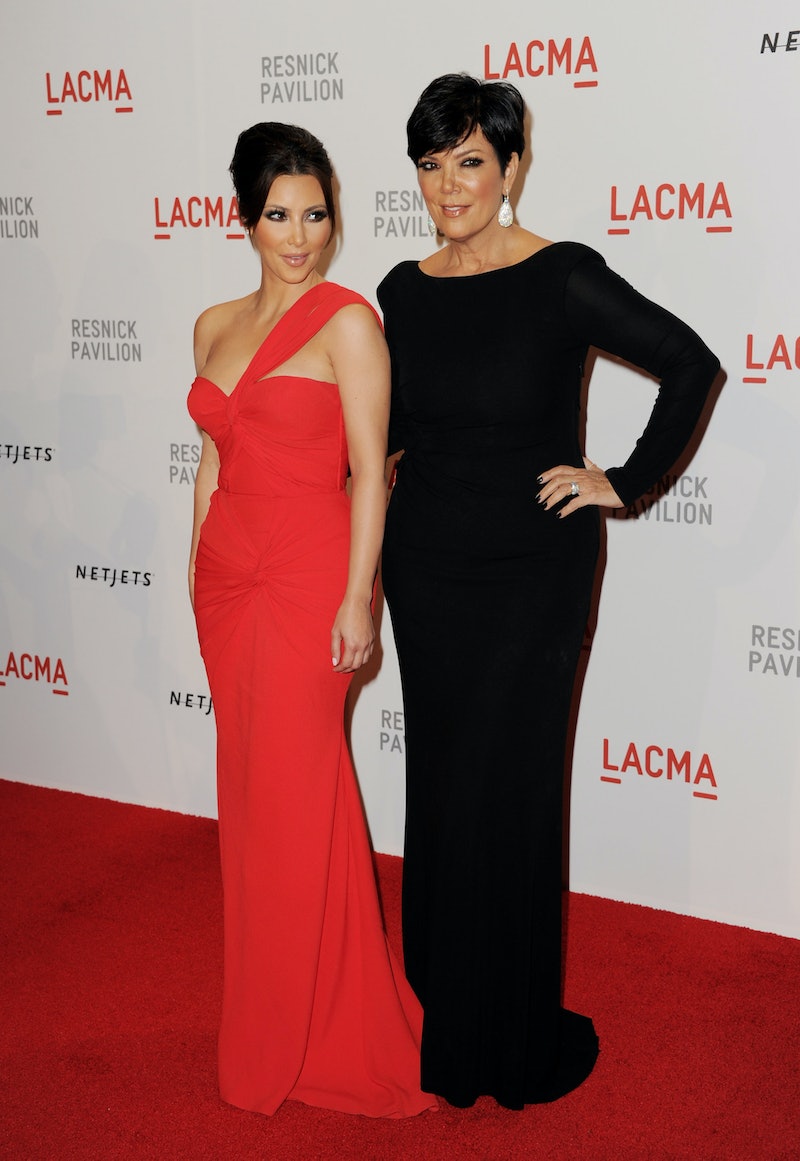 People tell me all the time that I'm the spitting image of my mother. And I always take it as a compliment — my mom is the strongest, most beautiful woman I know. So I mean this in the best way: Kim Kardashian looks exactly like Kris Jenner on the January cover of ELLE UK, and I hope she's flattered by the comparison.

Jenner gets a lot of flak, both on Keeping Up With the Kardashians plus all of its related spinoffs and in the press, but I actually have some serious admiration for the woman. She's not just a "momager": She's running an empire, and she's running it well. She's savvy, smart, and, like her children, beautiful.

It's fitting that the lookalike cover is for the magazine's Confidence Issue, because if there's one woman in Hollywood who exudes as much self-assurance as Mrs. Kardashian-West, it's Jenner.

Take a peek at both versions, and you'll see what I mean: Like mother, like daughter, indeed. I just can't wait to see what North looks like when she's all grown up.

More like this
TikTok's "Would I Look Good With Short Hair?" Hack Is Genius
By Olivia Rose Ferreiro
Tyra Banks Flubbed The Name Of Charli D’Amelio’s Boyfriend On 'DWTS' Bond Night
By Jake Viswanath
The Try Guys Clarified Ned's Cheating Scandal Timeline In A New Video
By Grace Wehniainen
The 'GBBO' Mexican Week Controversy, Explained
By Sam Ramsden
Get Even More From Bustle — Sign Up For The Newsletter