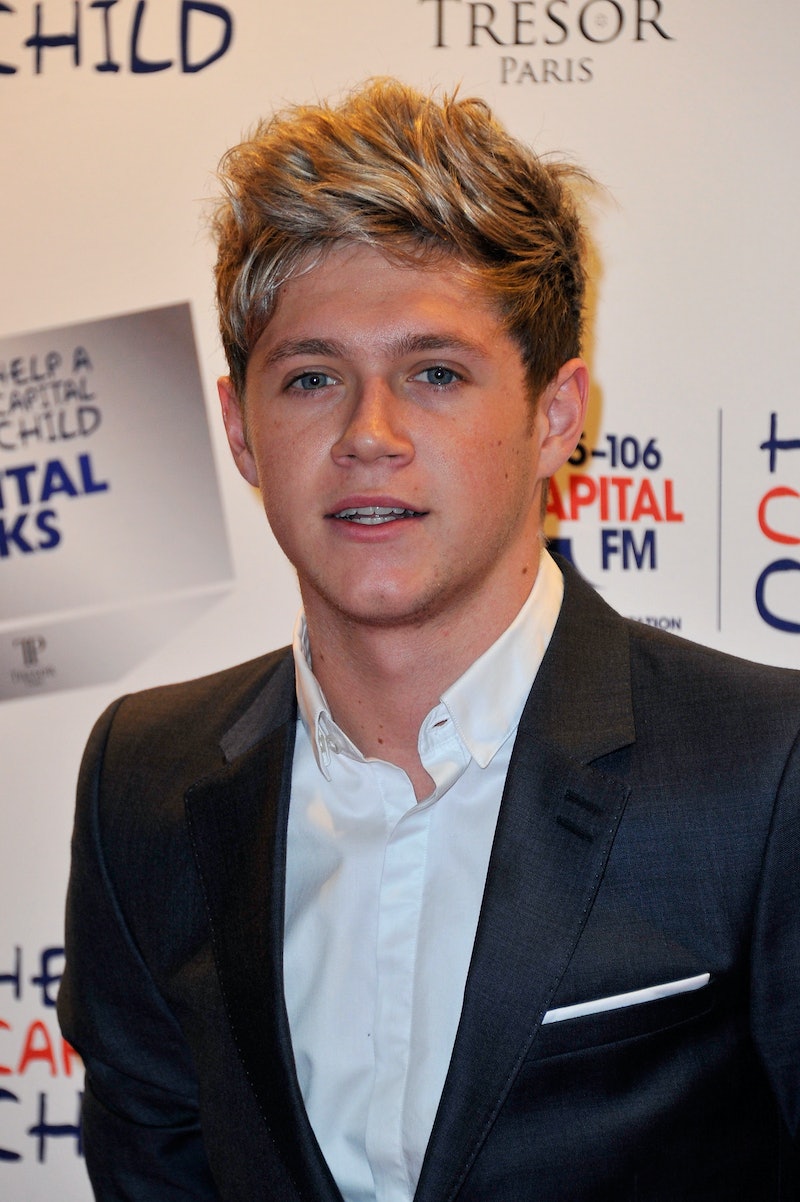 Everybody and their grandmother is familiar with One Direction. I am not gonna lie, I really thought 1D was a flash in the pan, one hit wonder type of group when they came on the scene with their first big single "What Makes You Beautiful." For the record, I will never be over that song, but I never ever expected them to have other successful singles let alone albums and tours. However, this group clearly has some staying power.

This goes beyond buying singles on iTunes and liking photos on their Instagram accounts. It involves standing up for your favorite when something negative comes up in conversation and refusing to believe anything that denies their perfection. This includes shooting down relentless rumors that you are just tired of hearing about. If you really stan for Niall Horan, you are definitely sick of hearing these nine things:

"Is his hair naturally blonde? There's no way it's that blonde." I get it, blondes have a certain allure to them. It seems obvious to me that Niall might be giving his hair a little boost, but who cares if he dyes his hair? You know you're into it anyway. You were probably into it when it looked like Miley Cyrus's hair in the "You & I" music video.

"Didn't Ellie Goulding cheat on Ed Sheeran with him?"

Welp, this article just took a turn from lighthearted to serious real quick. It has been highly speculated that Ed Sheeran's single "Don't" is about Ellie Goulding cheating on him with Niall Horan. With lyrics like "I never saw him as a threat/ 'Til you disappeared with him to have sex," people could not help but be intrigued. Howard Stern pushed Ed Sheeran to confirm these rumors in an interview saying, "That was the guy in One Direction, right?" Sheeran responded, "Well, it depends which one you're talking about." So that's kind of a confirmation, right?

No matter what happened (or didn't happen), there seems to be nothing but love between the two men at this point. They even kissed and made up at the iHeartRadio music festival in September 2014. No, literally, Ed Sheeran kissed Niall Horan on the cheek so let's stop talking about the gossip and just bop along mindlessly to a very catchy song.

"I love his British accent!"

Yes, One Direction was discovered on the UK TV show X Factor, but not every member of the band is British. In fact, Horan is the only one who is not. He's actually Irish and has a lot of pride about it. He has the colors of the Irish flag displayed on the bottom of his microphone. Horan's also worked with Irish Autism Action on many events including his own "Niall Horan Charity Football Challenge."

"He does not appreciate his fans."

In 2012, Niall Horan called his fans a "shower of c--ts" at an airport in Dublin and as expected use of the c-word caused an uproar. He later apologized via tweet, "Really sorry if I caused any offense. It was just banter with fans who I think of more as mates. But I understand that it's not a word I should be using at all." In all honesty, if you watch the video you can see that he wasn't angry when he said it. Yes, it was totally gross, but words can have different connotations and severities to each individual person. Plus, he is not from America so there could be some cultural differences at play here.

"He dates every girl he is seen with."

Niall is good looking, young, and famous, so of course people gossip about his love life. This doesn't mean that he is dating every woman he takes a photo with, tweets, or goes out to dinner with. It was a top news story when he was spotted out to dinner with Selena Gomez. Can't two pop stars have dinner and leave it at that? I guess not. Niall is very open with his fans so if he was serious with someone we would all know about it. Plus, with the constant paparazzi and social media presence surrounding him, he could not keep a secret if he tried.

On the band's first album, Up All Night, Horan had the least amount of solo parts. Apparently he only sings one minute and 25 seconds alone. This does not mean that he does not contribute to the band. First of all, he plays guitar on many of the songs. Second, that was the first album and they have all evolved as artists since then. Every member of One Direction contributes a fair amount to their music.

"What's with all the exclamation points in his tweets?"

There's nothing wrong with being excited and enthusiastic! Would you rather follow someone boring? No, I didn't think so!

"Why is he always jumping?"

What's wrong with Niall Horan jumping around on stage? Nothing. Would you rather watch an artist just stand there and sing? How boring is that? It's a signature move and it makes him fun. The people love it and there are Tumblr pages devoted to the jump. However, a knee injury set him back in 2013. As long as he's being smart and taking care of his body, there is nothing wrong with him jumping up down during a performance.

"Niall is so short."

Niall Horan is 5'7". He's not miniature. He's just not what I would consider "tall." He sings, plays guitar, and has an Irish accent — plenty of appealing attributes that make up for his height.

More like this
Olivia Wilde & Harry Styles' Relationship Timeline Started With 'Don’t Worry Darling'
By Jake Viswanath
'School Of Rock' Changed Joe Keery's Life Forever
By Alyssa Lapid
Everything To Know About Taylor Swift’s 10th Studio Album, 'Midnights'
By Grace Wehniainen and Jake Viswanath
Twitter Is Freaking Out Over Rihanna’s 2023 Super Bowl Halftime Show Announcement
By Stephanie Topacio Long
Get Even More From Bustle — Sign Up For The Newsletter