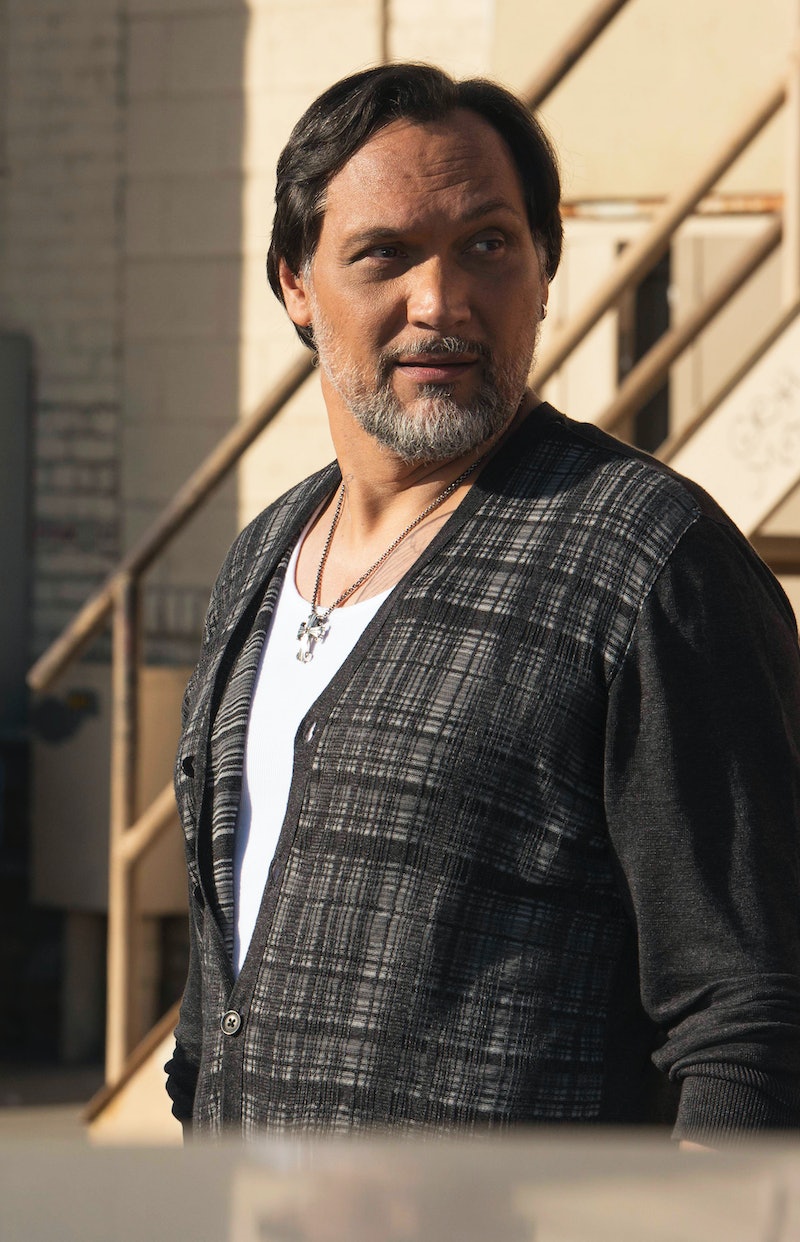 One episode. That’s all that stands between us and the Sons of Anarchy series finale. And, to be honest, it’s hard to imagine where exactly we go from here now that so many key players have met their demise. Juice is dead. Jax killed Gemma. Even poor Unser couldn’t avoid meeting Mr. Mayhem. Which begs the question: will anyone get a happy ending? Personally, I was beginning to think Nero stood the best chance given that he’s practically already got one foot out the door. But will he ever make it to his uncle’s farm? Actor Jimmy Smits, who plays Nero on SoA opened up about his character’s "surprising" fate during a recent conference call with reporters and even hinted at Nero's possibly vengeful next move against Jax.

Though Nero has yet to receive confirmation of Gemma's death, we saw during that heart-wrenching bedroom scene that he figures no news is not good news. And it will impact his character in a very big way. “If Nero had gone [to save Gemma instead of Unser] there would’ve been probably three dead bodies," Smits explains of Nero's reasoning. "I think that was his big fear to try and have to make that particular choice. But I don’t think Nero understood how profound and deep the relationship that Unser had with them also or else he never would have sent him."

So does this mean we'll see Nero feeling pretty guilty over not only Gemma's, but Unser's tragic demise? "Oh, you’ll see more than guilt," Smits promises. “I think there’s a lot of pain. There’s guilt. There’s remorse. Did he do the right thing? And I'm sure that the scene afterward that… maybe you won’t get to see in between the episodes, are full of anger and trying to grapple with what’s the next move." (Gulp.) Now, is it just me or is anyone else starting to get a major vibe that Nero will go after Jax for revenge? I mean, that's crazy talk, right? Please tell me that I'm crazy. (#SaveNero)

But that's not the only thing disconcerting about Nero's potential fate. In fact, even Smits himself was shocked to learn of what becomes of his character in the series finale. “I think that Kurt ended it really beautifully and it has all of those elements that has been the signature of the show throughout the seven seasons," the actor admitted while cryptically adding, "I was a little surprised specifically about the way Nero ends up, but I totally get it.” What does that mean?!?! I'm starting to panic, you guys. Not to mention seriously doubt Nero will ever make it to that farm with his son.

However, Smits still believes that fans will find the ending quite satisfying nonetheless. “I don’t think audiences are going to be disappointed at all. I think they’re going to be satisfied and it’s touching in a lot of ways." Though if you were hoping for Nero and Wendy to 'ship off into the sunset together, you are sorely mistaken because, according to Smits, there's definitely no romantic aspect to their relationship. "It’s more paternal, brother-sister. You get that vibe from the back and forth that they have.” So sorry, guys, but evidently this 'ship wasn't built to last… at least not in that way.