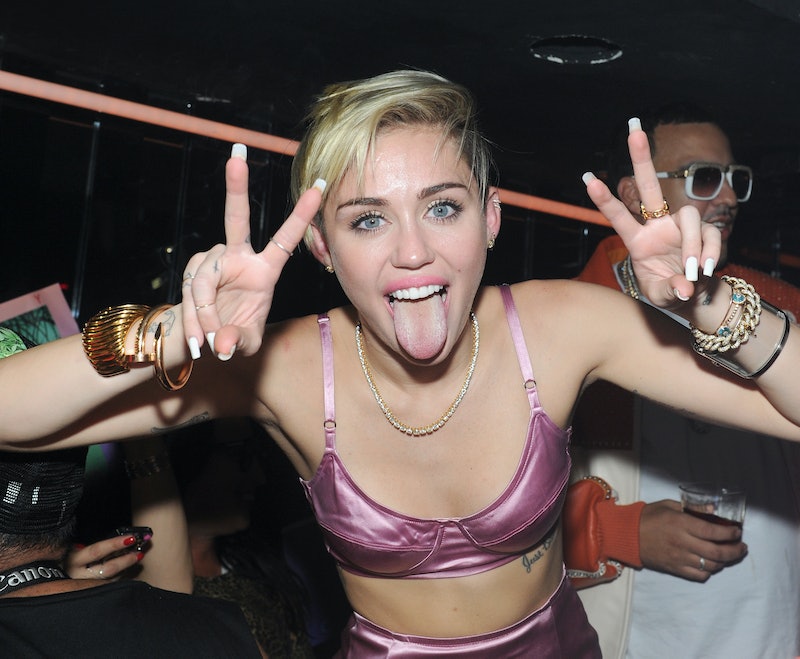 In the spirit of the impending holiday season, let me sing you a tune: Hark the herald, angels sing, glory to... Miley Cyrus, apparently, because Bangerz has been nominated for a Grammy for Best Pop Vocal Album. So, in the words of the ever-wise, eternally jaded Janis Ian, suck on that, haterz. Not going to lie and say I'm not taken aback by the nomination, but hey, I truly believe it was deserved however surprising it may be. The album was actually killer, even though you may not love how Cyrus went about the whole tongue wagging, bedazzled leotard, pop star thing. (And, don't pretend like you didn't listen to "Adore You" alone in your room with lavender scented candles lit and your lights dimmed. Because you did. You really did.) Whatever, her song quality doesn't rest on her manic antics, anyway. But, her year ahead may rest on the antics of those nominated in the category before her.

So, looking back on last year's Grammy Nominees for Best Pop Vocal Album, let's keep that beautiful and still pertinent Robert Frost poem in mind that went something like, "Two roads diverged in a crowded Los Angeles freeway and I — I took the road less traveled by, and that has made all the difference... in my pop music career."

Here are some paths she may or may not want to follow for 2015:

He might (I err on the side of definitely) be expecting his first child this year. So, Miley, please walk your young-ass self in the opposite direction. Besides, I really don't know if they make maternity leotards yet.

Just doing more of what he did every other year: wearing hats. Preferably fedoras.

HAD HER SONG SUNG BY JESSICA LANGE. YOU CAN'T DO BETTER THAN THAT. FOLLOW THIS ROAD, FOLLOW IT ALL THE WAY HOME.

Publicly humiliate yourself, keep making it worse, title your album after your estranged wife, and finally, plead on stage for her forgiveness while vehemently thrusting.

Yeah, probably don't do that, Miley.

More like this
Kanye West Apologizes To Kim K "For Any Stress I Have Caused" In Rare Interview
By Jake Viswanath
Adam Levine Denies Having An Affair — But Admits He “Crossed The Line”
By Jake Viswanath and Radhika Menon
Is Dua Lipa Dating Trevor Noah? New Photos Show Them Kissing & Hugging
By Brian Anthony Hernandez and Martha Sorren
Everything To Know About Taylor Swift’s 10th Studio Album, 'Midnights'
By Grace Wehniainen and Jake Viswanath
Get Even More From Bustle — Sign Up For The Newsletter