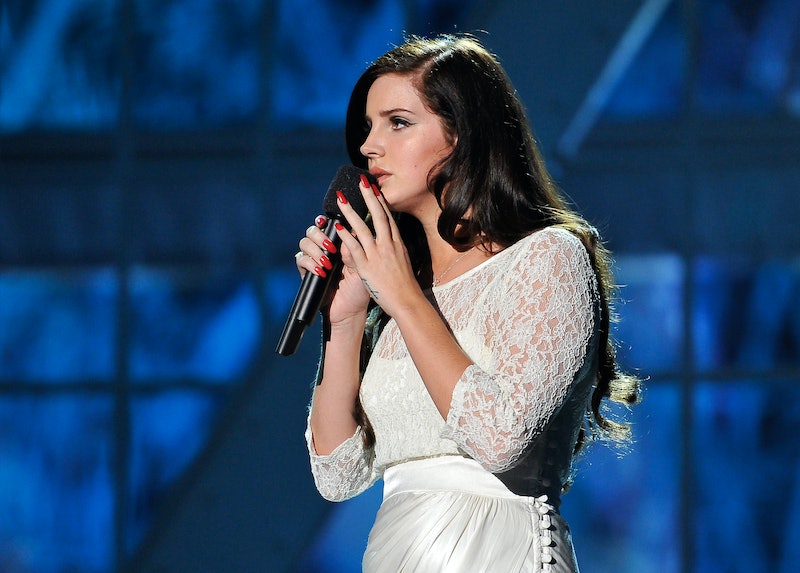 2014 may have been the year of Taylor Swift and Beyoncé, but it looks like 2015 may belong to another big artist: Lana Del Rey. Apparently, in addition to two new songs she recently recorded for Tim Burton's Amy Adams-starring movie Big Eyes , the singer might be working on more new material as well. In an interview with Galore, Lana Del Rey admitted she’s already working on a third album, which is hugely exciting news.

This news comes just months after the singer released her second album, Ultraviolence earlier this year. Interviewed by her own sister, Chuck Grant, the celeb didn’t hold back on any secrets when she was asked if she was working on anything new.

“I just wrote two songs for Tim Burton and Harvey Weinstein’s film called Big Eyes,” Del Rey said. “And I’m working on a new record. I’m also always writing small pieces for independent films. Dan Heath and Rick Nowels are two of my dearest friends and producers and we are always up to something.”

"Up to something" indeed. Del Rey acted pretty casual about the whole thing and didn’t provide much detail about the upcoming album, but I’m sure that whatever she’s working on will wow her fans as usual. For now, it looks like we'll all have to wait and see what she cooks up.

Until then, here are her songs for Big Eyes:

More like this
Looks Like She Made It
By Lindsay Zoladz, Beau Grealy and Tiffany Reid
The Spice Girls Just Dropped A Brand New Music Video
By Sam Ramsden
Everything To Know About Taylor Swift’s 10th Studio Album, 'Midnights'
By Grace Wehniainen and Jake Viswanath
Mariah Carey Is Releasing Her “Lost” '90s Grunge Album
By El Hunt
Get Even More From Bustle — Sign Up For The Newsletter