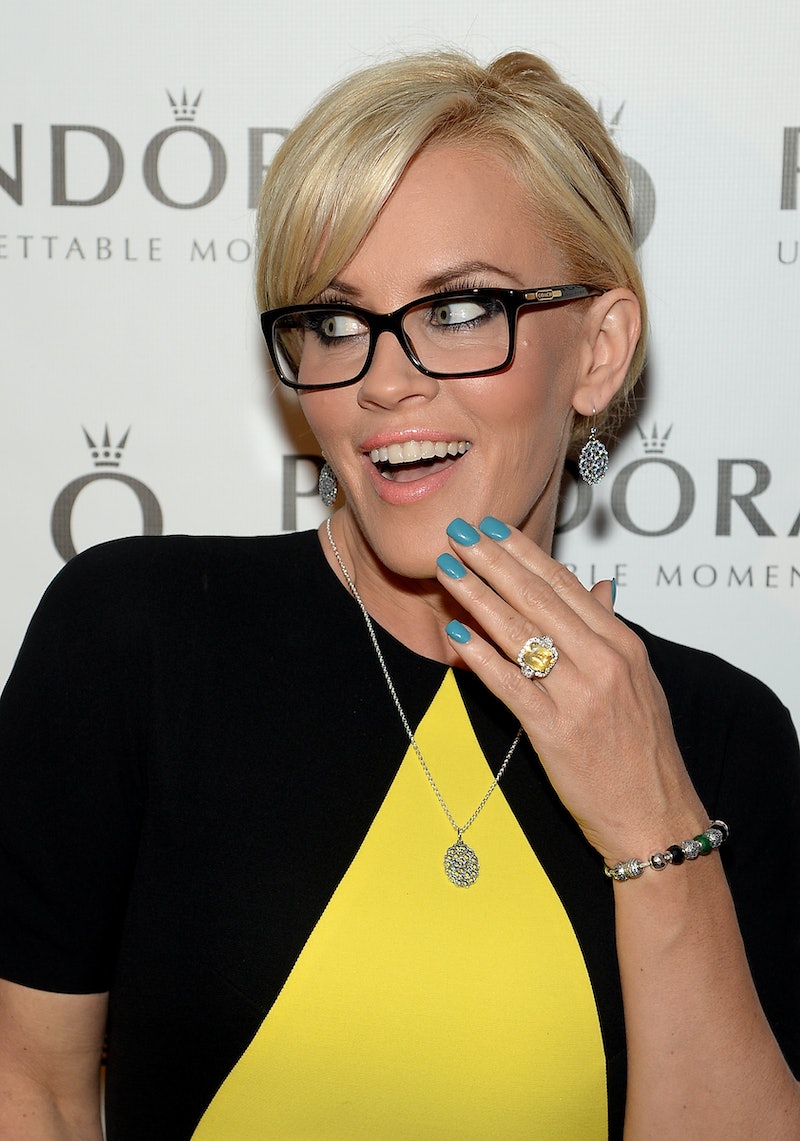 Melissa McCarthy, whose sitcom, Mike and Molly , is about to premiere its fifth season, is probably one of the least gossipy celebrities around, but she has one big Hollywood connection. Just because a pair of celebrities shares a last name doesn't mean that they are actually in the same family, but surprisingly Melissa McCarthy and Jenny McCarthy are related. The two are cousins, to be precise. It's a surprising celebrity tidbit, because they don't seem to really mind admitting that they're not close, which is pretty normal for cousins who live so far apart. What I would have never assumed is how close in age they are — Jenny is 41 to Melissa's 44 — because they've been successful at such different points in their lives. But they even have a slight family resemblance between them.

They don’t work together much professionally, but that makes some sense — by the time Melissa really broke out as a comedy star, Jenny had already moved over to hosting full time. Jenny actually got Melissa her first entertainment job, working as a PA on Jenny, one of her shows, but they clearly didn't become close. There are actually rumors of some bad blood between them. Hmm...

There's a persistent rumor that in the early years before Melissa's success, Jenny told her that the only way she would be able to find success as an actress was if she lost weight. If Jenny did say something like that, I'm happy that Melissa seems to have paid it no mind and totally blazed her way through Hollywood. But Jenny insists the rumor is false, and even called it "crazy" to People. And she stuck up for Melissa last summer when film critic Rex Reed made disparaging remarks about her weight in a review for Identity Thief.

But whether or not that rumor from 1997 is true, some point to the fact that Melissa did not attend Jenny's wedding to Donnie Wahlberg this summer as proof that something came between the two. Jenny tried to explain that the guest list was so small, there wasn't room for distant cousins. In recent interviews with Howard Stern, both women talked about their relationship.

Melissa politely said they haven't talked recently because they live "in different worlds," referring to Los Angeles vs. New York. Jenny paid lip service to inviting Melissa to her wedding, but she didn't end up attending regardless. Obviously, neither one is hurting for work because of this, and they've found a relationship that works for them. But hey, if you happen to be a midwestern McCarthy, you might see not one, but two famous ladies at the family reunion.