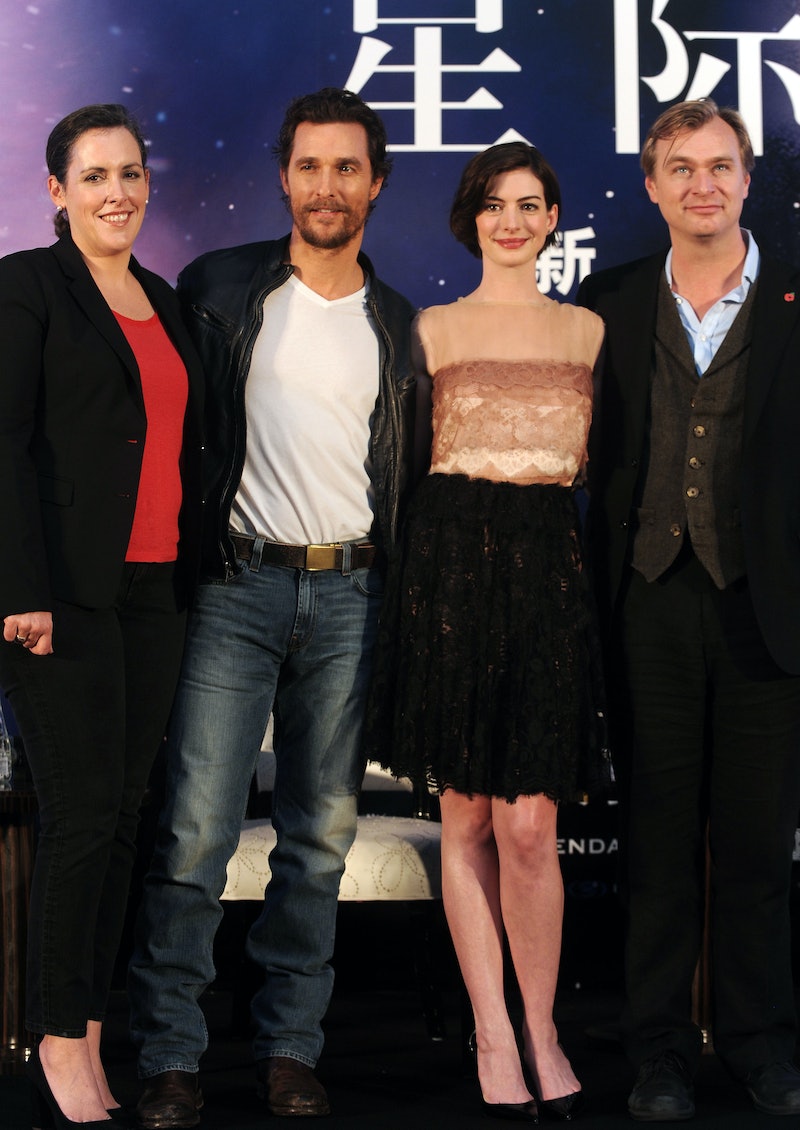 I am a huge Matthew McConaughey fan, and when I heard he was attached to a new Christopher Nolan epic, Interstellar , I could hardly contain my anticipation. Then, add in interspace travel and Jessica Chastain? They had my inner-space dork completely hooked before I even saw a trailer. So it was a big surprise to me when I read the nominations for the 2015 SAG Awards, and Interstellar was nowhere to be found. The heavily promoted film starring some of the biggest actors in Hollywood seemed poised to at least make ONE showing at the beginning of awards show season, and to be honest, this snub has made me question the politics of the movie industry and what really matters to the success of a film.

Now, I am not here to undermine the talents of any of the nominees. Boyhood, Birdman, The Imitation Game, and The Theory of Everything leaded the nominations. We all love a good bio-pic, Benedict Cumberbatch is doing great things, and Boyhood is a film that will be impossible to recreate on a whim, and it deserves the accolades it is getting.

But what about Interstellar? The film has done well at the box office and it is anticipated that Christopher Nolan might finally get an Oscar nod after he was snubbed for both the Dark Knight Trilogy and Inception. Interstellar is said to be his most "Academy-friendly" film to date, and that makes total sense as the father-daughter relationship and strong ties of love and family in the middle of the vastness (and horrors of the galaxy) are much more relatable to audiences than many of his more far-fetched epics. I mean, my mother, who normally hates any sort of "space movie" was down to a sobbing mess while Inception just left her... confused. Also, McConaughey, Chastain, and Anne Hathaway all turned in terrific performances in humanizing the experience of being in such an unbelievable situation.

While I can spout my disapproval of leaving certain films in the dust, I wanted to get a bit more informed about how these nominations work, to get the whole story. According to The Hollywood Reporter , "the SAG Awards' film nominees and TV nominees are chosen by separate nominating committees, each consisting of 2,100 people chosen at random from the 100,000-plus overall membership of SAG-AFTRA, the largest union of actors in America." The Academy of Motion Picture Arts and Sciences' 1,200 member acting branch determines the Oscar nominees, most of which are also in the SAG, which answers why many of the nominations are often predicted throughout the awards season. Ah, OK, that makes sense.

The ensemble category of the SAG Awards tends to foreshadow the Best Picture noms, so Birdman, Boyhood, and The Imitation Game could all end up was Best Picture nominees. In an interesting turn, and news to me, The Hollywood Reporter explained a bit more into the absence of Interstellar and Selma:

Few predicted either of Paramount's big Oscar contenders, Selma or Interstellar, since screeners of those films were not ready in time to send to SAG nom-com voters, who instead were invited to four screenings and Q&As of the former, all of which were well very received, and received "movie cash" to see the latter in regular theaters.

Who knew that would be such a defining factor in the nomination process? Could this shut down the films chances at any awards? Not exactly. Although the SAGs serve as a good indicator of future noms, the performances of both Revolutionary Road's Michael Shannon and The Wolf of Wall Street's Jonah Hill were snubbed in the early races in awards season last year, but went on to get the attention they deserved.

It is now reported that in this setback, Paramount Studios is keen on focusing on the heart-wrenching performances that carried the film. Beginning the week of Dec. 15, we can expect to see a resurgence of Interstellar when the studio will start running 60 second spots that highlight the more human and emotional aspects of their performances. Check out McConaughey's new spot below and let's keep our fingers cross for the Oscar nominations on Jan. 15!

More like this
Lashana Lynch’s 'Woman King' Training Was “Traumatizing” For A Relatable Reason
By Radhika Menon
In Elizabeth Strout’s Novels, The World Changes But People Stay The Same
By Morgan Leigh Davies
At 14, Jurnee Smollett Was Taking Meetings With Missy Elliot & Lauryn Hill
By Chloe Foussianes
A New Scooby-Doo Movie Confirmed Velma Is Gay & Twitter Is Pumped
By Radhika Menon
Get Even More From Bustle — Sign Up For The Newsletter