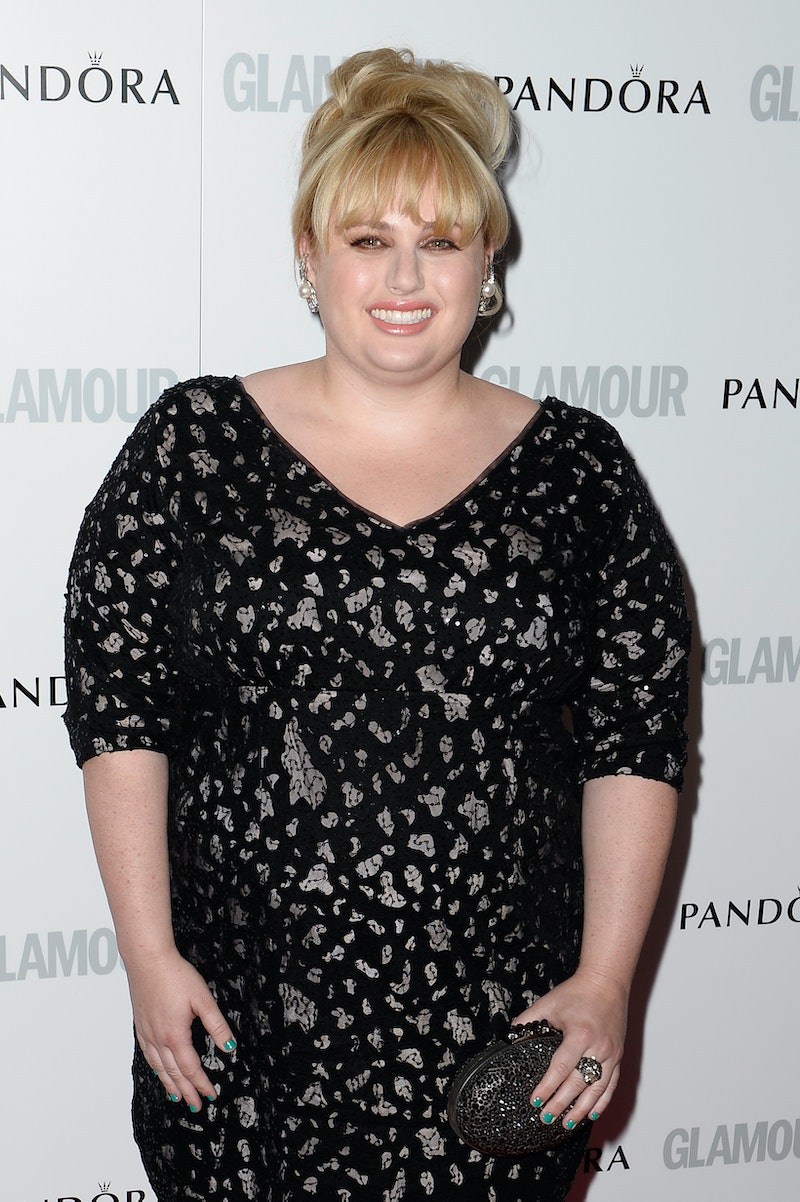 Ghostbusters 3 has taken a while to get off the ground, to say the least. There's been talk about a third sequel to the first two Ghostbusters films (which were released decades ago back in the '80s) for years, and even talk of Ghostbusters 3 filming as far back as 2009 — but still, no film. More recently, rumors have begun surfacing that a third Ghostbusters may not actually feature the original cast, including Bill Murray, but instead an all-female cast, and be directed by Bridesmaids ' Paul Feig. Now, there's more fuel to add to that rumor: And it makes the already amazing report even more amazing. According to the A.V. Club, rumor has it that Rebel Wilson may star in Ghostbusters 3 .

It would make sense, really: Wilson has already showcased her amazing knack for comedy in movies like Pitch Perfect, and she's already worked with Feig in Bridesmaids — that was her first big role, actually. Plus, the idea of an all-female cast is a great one for a huge franchise like Ghostbusters, and the casting of Wilson would basically confirm that rumor.

During an appearance on Today, Wilson fielded the rumor of her involvement in Ghostbusters 3 with a coyly vague answer — not confirmation, yes, but it's not exactly denial either.

This line is hopeful, though: "I have had a meeting, but who knows...I’d do [Ghostbusters 3] for free...I probably shouldn’t say that live on TV." Since I like jumping to conclusions, I'm going to take this to mean that she would sign on to the movie if everything works out.

YASSSS. Just add Kristen Wiig and Mindy Kaling, and call it a day, I say.