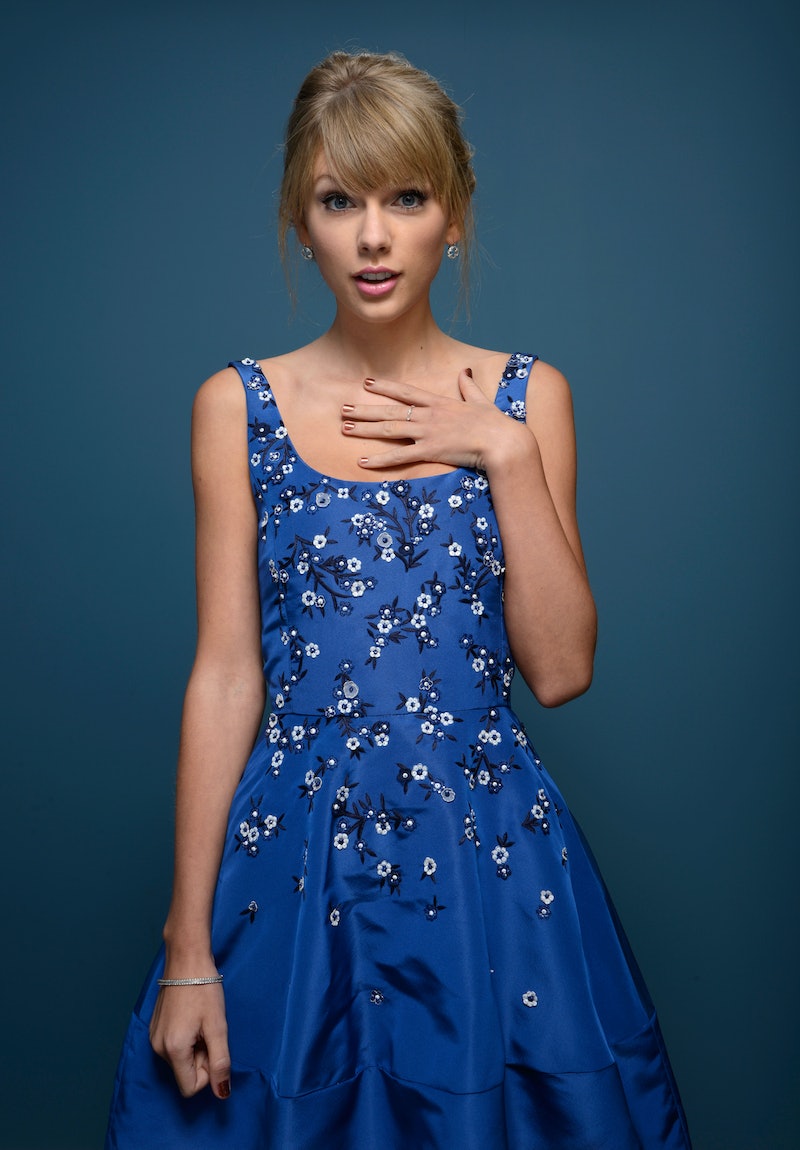 Dear Taylor, although I'm sure there are millions of us, among the people in my life, I'm known as "the girl who loves Taylor Swift." Since first discovering your music in 2007, I have seen you perform 11 times across three states, met you four times, and camped out on the sidewalk all night long to see you twice. I have battled your naysayers on Facebook and Twitter, met a few of my best friends because of a shared love of your music, and listened to "All Too Well" on repeat more times than I can count. And I have loved every minute of it.

As someone who shares the birth year 1989 with you, I think we might be soul mates. You made it OK (and maybe even cool) to be me — a 25 year old who prefers a Friday night in with her cats, who loves to bake and do crafts, and who might not necessarily fit in because of those things. We don't know each other well, but I think we'd understand each other. We both grew up to become someone who has shaped her life around putting abstract feelings and thoughts into words, with the goal of using those words to make the world better for our fellow females.

The day this picture was taken, I met my best friend, Kennedy. She and I were both sleeping on the sidewalk in Nashville to meet you at the 13 Hour Meet and Greet* and she's been a constant in my life ever since. That's something else I have to thank you for. And in talking to other fans of yours, I've realized this is a totally common thing. You might not be able to meet everybody, but you're still indirectly, maybe even accidentally, doing good things in their lives.

And I'm so glad to see that the world is coming around. You're pretty brave, you know — putting it all out there, even though it's going to be criticized. I don't know if I could do it. But I do know that the world needs more people like you. You have a special skill that I wish everyone had: the ability to make total strangers feel like they're your best friend. I was almost afraid to meet you for fear that you wouldn't be who I hoped you were, but you were. You totally are. The first time we met, you pulled me into a hug and told the 19-year-old girl in front of you who was struggling with her self-esteem that she looked beautiful. And it was everything to me.

Please keep doing it. Please keep wearing your heart on your sleeve, Instagramming adorable pictures of your cats, making the music you feel driven to create despite what the people around you say about your creative decisions. Keep making awesome feminist statements that help other women understand the equality that we're working towards.

Your career has been remarkable, and it's amazing what you've been able to pack into the past 25 years. It makes me so excited about what the rest of us might be capable of as long as we work hard the way that you do. Thank you for being a best friend to me and so many others through it all, and for blazing a trail that I don't think a lot of people even realized needed to be blazed.

Happy birthday, Taylor. It's been the best growing up with you.

*Guys, she seriously did take pictures and hug fans for more than 13 straight hours that day.

More like this
Everything To Know About Taylor Swift’s 10th Studio Album, 'Midnights'
By Grace Wehniainen and Jake Viswanath
There's A Taylor Swift Easter Egg In Ryan Reynolds' 'Deadpool 3' Teaser
By Marina Watts
Snoop Dogg & Michelle Pfeiffer Lead Moving Tributes To Coolio
By El Hunt
How To Apply For 'Survivor' & Tips On How To Get Cast
By Meg Walters
Get Even More From Bustle — Sign Up For The Newsletter