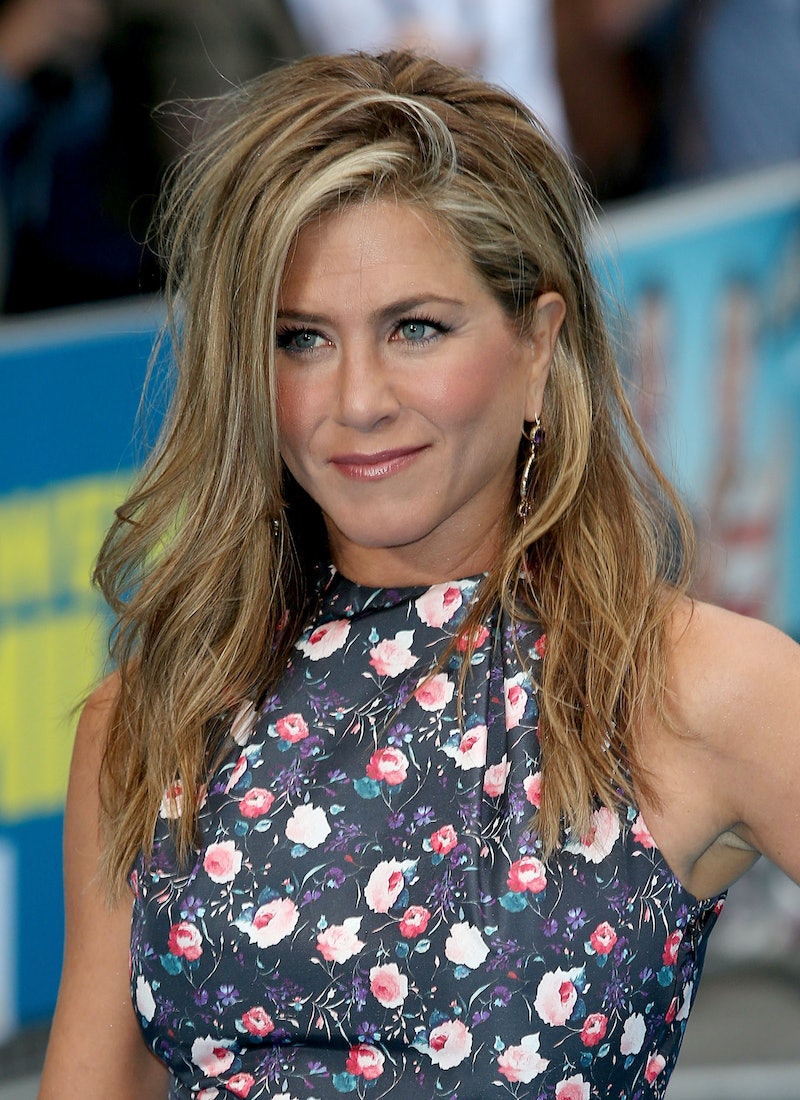 Feminism. It's an easy word to pronounce. It's widely used. It's well-known. It's part of most women's everyday vocabulary. So, why are we still discussing it's meaning? Yes, it's important to educate those not familiar with the word, but it still boggles my mind how many are still defining it incorrectly. Thankfully, Jennifer Aniston defines feminism better than any dictionary could. Her definition is as follows:

It's simply believing in equality between men and women. Pretty basic.

Excuse me while I bow down to the greatness that is Jennifer Aniston. I don't know if I've ever heard feminism described more beautifully than this. In her recent interview with Allure, Aniston touched upon gender stereotypes, the unfair judgment of women not having children, and people "overcomplicating" the definition of feminism.

I agree with Aniston on all of these accounts. Not only did she hit the nail on the head with her definition, but so did she about others overcomplicating the word. It could probably be even narrowed down to two words: gender equality. Simple, basic, and understandable.

Why are people, like The Hobbit actress Evangeline Lilly, butchering its meaning and turning it into something it's not? Sadly, it has to do with them either not understanding the word, not liking it, or being unwilling to take a stand for women's rights.

Overall, I guess it's a good thing we have people like Aniston and her fellow feminists around to teach others about feminism and its true meaning. If not, where would we be today? With that said, let's hope, one day, feminism, and it's real definition, will be a part of everyone's vocabulary.

More like this
Self Esteem's “F*cking Wizardry” Is An Anthem About Knowing Your Worth
By El Hunt
24 Years Ago, 'Friends' Dropped Its Most Underrated Ross & Rachel Episode
By Grace Wehniainen
Women Around The World Are Cutting Their Hair In Solidarity With Mahsa Amini
By Darshita Goyal
Stormzy Made A Passionate Speech About The Importance Of Diversity
By El Hunt
Get Even More From Bustle — Sign Up For The Newsletter