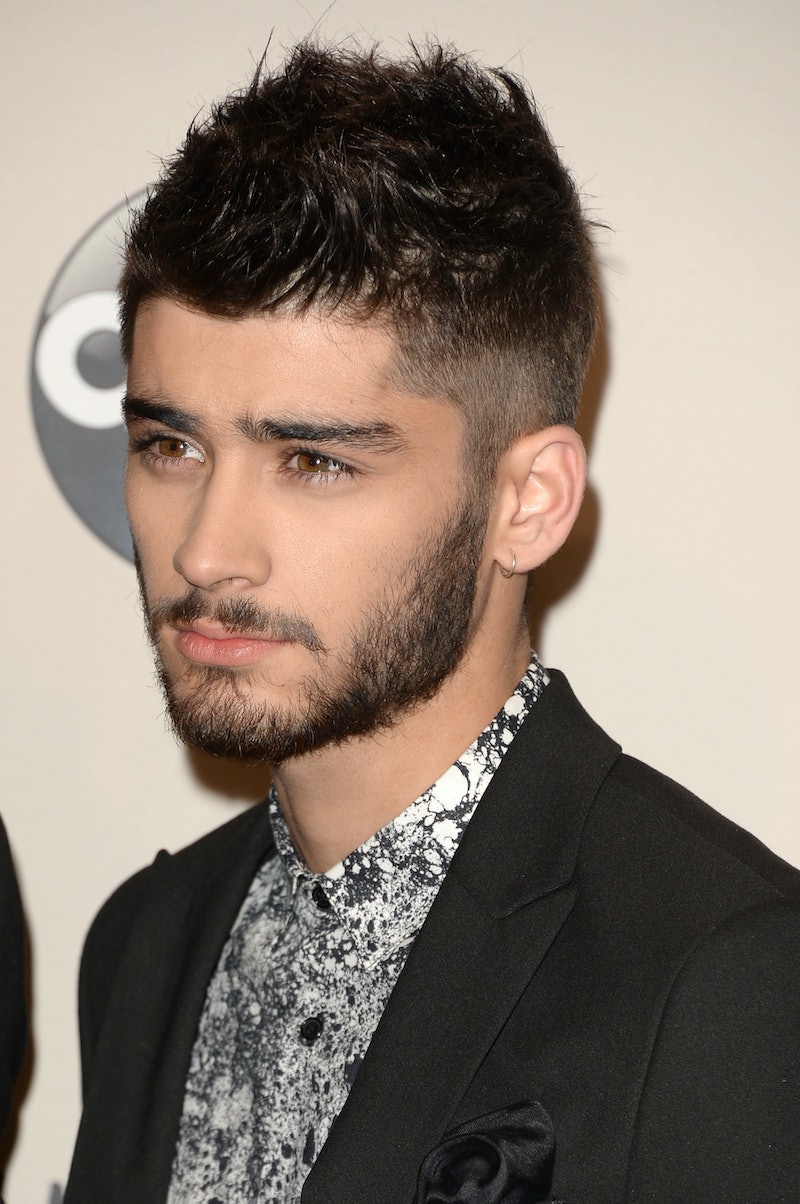 It's a sad truth, but one we all need to accept eventually: Zayn Malik is no longer single. Unfortunately, he's been engaged to Little Mix singer Perrie Edwards since August 2013, which means he's probably not going to be looking for a new girlfriend anytime soon — maybe ever. However, things do happen, and should a breakup be in Malik's future, you should probably be prepared.

Because Malik's pretty much been an open book about what he's looking for in a girl, we know the things he wants in a potential relationship are a lot like the things all of us want: someone nice and caring who's fun to be with. Um, duh, Malik. I could have told you that.

The good side of Malik being so vague about the idea of his perfect girl? It practically anyone could potentially catch his attention — even fans, whose beauty he says he occasionally gets distracted by while he's performing with the rest of One Direction. And while I'm strictly a Harry Styles girl myself, I wouldn't blame anyone for riding the Zayn Train should Edwards decide to vacate it.

Ready to prep? These are the qualities you'll need if you want a chance to be part of a lasting relationship with Malik.

Be a Good Listener

According to what Malik told UK mag Teen Now, the girl of his dreams is someone who's "a good listener who takes interest in what you say." That's practically a given in any relationship or even friendship — if you find yourself thinking about what you're going to say next in a conversation instead of paying attention to what the other person is saying, most people will be super turned off by it. And Malik isn't just looking for someone who cares about what he has to say. He also appreciates hearing her opinion, and even says a girl who "speaks out" is attractive. As good a reason to practice asserting yourself more often as any, I'd say.

Since Malik always seems so collected in comparison to his bandmates, who have a habit of being sometimes ridiculously (and adorably) rowdy, it's no surprise he'd want to be with someone who's on the same wavelength. "I like somebody who’s laid-back and chilled out, and who doesn’t take herself too seriously," Malik told Top of the Pops. If you're always down to have a good time and don't worry about what other people think too much, Malik would probably love you.

For someone who's chosen anything but a conventional lifestyle, his requirements expand into surprisingly traditional territory. "I also think old-school values are important, as is being respectful," Malik has said. "My perfect girl would just be someone who’s a nice person, who I can have a conversation with for hours."

Have a Good Sense of Humor

So remember to say please and thank you, but don't be afraid to crack a few jokes every once in awhile. Malik says that "a nice smile and a good sense of humor" are essential qualities in a potential life partner, and I definitely agree. If the person you're with can make you laugh (or at least laugh with you), you're in for a long, boring life.

That's right — Malik's into smart girls. In an interview, he said:

"I wouldn't say I've got a specific type when it comes to girls. I've become a lot less shallow as I've got older, and personality is very important to me now. Someone can be the best-looking person in the world, but if they're boring there's nothing worse. You have to have something to stimulate you mentally."

Once again, I totally agree.

The above list does a pretty good job describing Malik's fiancée, so I'd say Edwards is a solid example of Malik's perfect girl. In case they ever do split — and they are so cute together that my fingers are crossed they never do — I wouldn't be shocked if Malik ended up with someone a lot like her.

More like this
Who Is Nick Cannon Dating & How Many Kids Does He Have?
By Jordyn Tilchen and Radhika Menon
The 'Love Island' Wedding Mystery That No One Saw Coming
By Darshita Goyal
Kevin Kreider Finally Asked Out Kim Lee On 'Bling Empire'
By Brad Witter
George From 'Married At First Sight' Remains On Screen After His Arrest
By Darshita Goyal
Get Even More From Bustle — Sign Up For The Newsletter