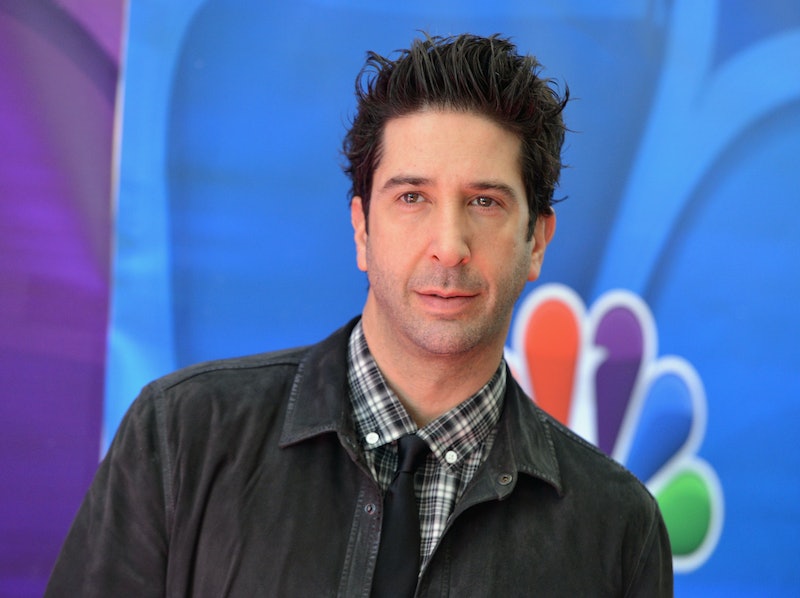 In what could very well be the most shocking news of the day, Us Magazine is reporting that David Schwimmer will be playing O.J. Simpson’s attorney Robert Kardashian Sr. for Ryan Murphy’s upcoming FX miniseries, American Crime Story: The People v. O.J. Simpson. Aside from the mere surprise that we’ll be viewing a new perspective to the trial involving Simpson, who was accused of his wife Nicole Brown’s death in 1994, it’s even crazier that Schwimmer will be playing Robert Kardashian Sr. — especially since I'm sure most of us still see him as Ross Geller (or maybe the goofy giraffe Melman in Madagascar.)

This will be a major undertaking for the actor as he assumes such a serious role to illustrate an even more serious murder case, but it’ll be quite interesting to see how Schwimmer will depict one of the most well known attorneys out there. Additionally, it'll likely be intriguing to learn more about the real Kardashian family's thoughts on this latest project about the late patriarch of their family.

Schwimmer will star alongside Cuba Gooding Jr., who will play Simpson, as well as a star Murphy has worked with extensively on AHS, Sarah Paulson, who is taking on the role as prosecutor Marcia Clark.

The miniseries will begin production next year, and considering all of Murphy’s successful shows thus far, it seems that Schwimmer is in good hands.

More like this
At 14, Jurnee Smollett Was Taking Meetings With Missy Elliot & Lauryn Hill
By Chloe Foussianes
Shonda Rhimes' Net Worth Makes Her One Of The Wealthiest People In TV History
By Hugh McIntyre
How Much Are The 'Schitt’s Creek' Stars Worth?
By Hugh McIntyre
‘SNL’ Finally Spoofed Nicole Kidman’s Weirdly Beloved AMC Ad & Nailed It
By Stephanie Topacio Long
Get Even More From Bustle — Sign Up For The Newsletter