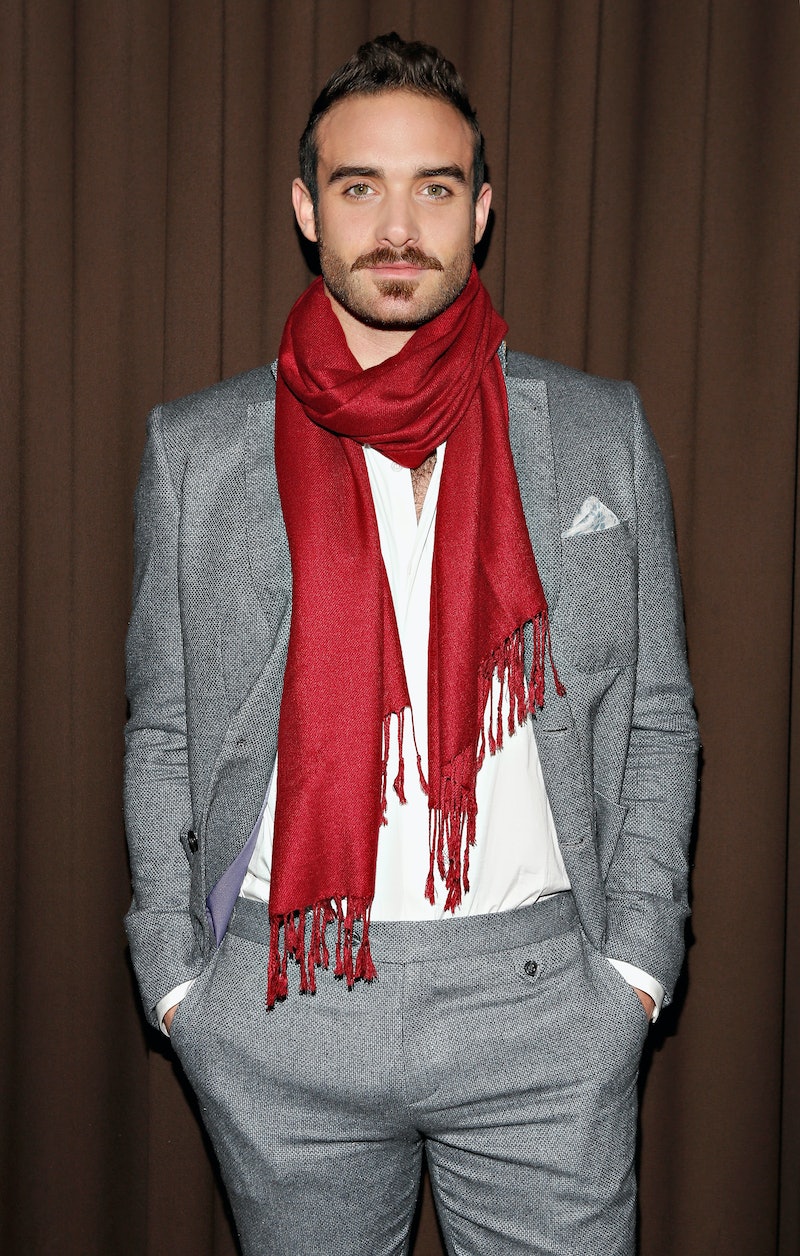 Are you as excited for Galavant as I am? The musical series from the creators of Tangled has a crazy good lineup of guest stars, but who is the actual star? Who plays Sir Galavant on Galavant ? Joshua Sasse is a bit of a mystery.

He isn't too well-known, not yet anyway. His biggest film role was in last year's Frankenstein's Army , a movie that monster mashed-up Mary Shelley's book with World War II. He's also only 27 years old, so I feel unaccomplished. Yet here he is, about to star on an American television series with songs written by Alan Menken, who has written almost every Disney song from your childhood. (Seriously, he and Howard Ashman were responsible not only for Little Shop of Horrors but also for The Little Mermaid, Beauty and the Beast and Aladdin. Menken's collaborator on Galavant and Tangled, Glenn Slater, has also worked with Andrew Lloyd Webber.)

So, who is Joshua Sasse, and why are we trusting him with the part of this singing, rogue-ish knight? Other than his rugged looks, of course. He told Channel Guide Magazine that theatre experience helped him with the role:

My strength is in improvisation, so it meant that I could just go crazy with it and I think when you watch it, you can feel that energy and that spontaneity.

This looks to be a really fun show that will knock those cold weather blues right out of you. As for Sasse, here's a little more about him that will get you ready to sing along:

That's the good thing about fairy tales, I suppose. You don't have to hide your accent! Even more interesting, according to ABC's website, Joshua Sasse grew up in Nepal before moving back to London and studying theatre there.

He Appreciates the Process

For those not in the know, ADR is when actors go to record over their dialogue if the sound was lost due to background noise when filming. Any actor that can take such a tedious task and make it fun is tops in my book!

This is His Third Television Series

That's it! Sasse had recurring guest star role on The Neighbors where he played an alien calling himself "DJ Jazzy Jeff" and starred on the Canadian-British series Rogue. That series was released in the States on DirectTV from the looks of it is definitely worth checking out. Since Galavant marks only his third appearance on the small screen, Sasse is clearly a star on the rise.

Seriously, he tweets a lot of poetry. Like a whole lot of poetry. Just go to his Twitter and see all the poetry for yourself. I'm an American, so I get to be impressed by this.

He Does Have A Musical Theatre Background

Sasse played Sky (the fiancé played by Dominic Cooper in the movie) in Mama Mia on the West End.

He's Also a Fan of the Ol' Pigskin

More like this
Everything You Need To Know About ‘Black Panther: Wakanda Forever’
By Bustle Editors
Christian Bale Sang With Taylor Swift & His Daughter Can't Believe It
By Radhika Menon
Everything To Know About Taylor Swift’s 10th Studio Album, 'Midnights'
By Grace Wehniainen and Jake Viswanath
Kesha Is Down To Be The Next Bachelorette
By Jake Viswanath
Get Even More From Bustle — Sign Up For The Newsletter