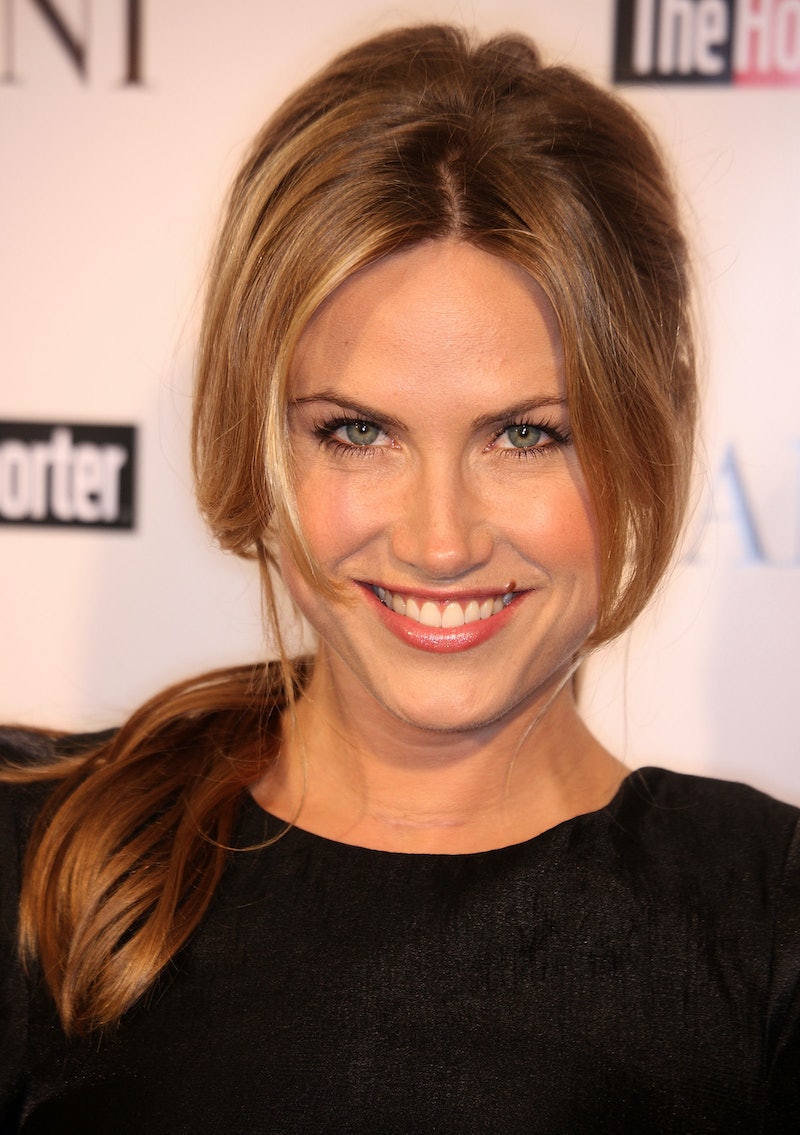 Maybe you don't like the changes Vanderpump Rules is seeing with Vail Bloom added on to the staff, but you can't deny that Vail has one of the most impressive resumes at SUR. Before she stepped into Lisa's reign, Vail was a pretty successful soap opera actress, so she knows drama... although Vanderpump Rules might beat out a soap opera. But in addition to acting, it seems Vail is also a model, here and there, she even "accidentally" ended up in Maxim magazine (don't you just HATE when that happens?).

As mentioned, Vail was featured in Maxim for the "Hometown Hottie" spread (ugh) in 2003. As per an article from her alma mater, Princeton, Vail wasn't even the one who submitted her photos for the contest, but she was relatively successful in the fight for first place (she came in third). Personally, I'm skeptical on the "accidental" appearance in Maxim, but according to Vail in 2003, "Somehow some pictures got stolen from my modeling portfolio and put on the web." Look, this was 2003. People were still getting over Y2K, iTunes just came out and no one knew what the hell they were doing with it, and Vail isn't as exciting to hack as Sony, but sure, if Vail says that "somehow" photos were "stolen," we'll believe her.

But, Vail has done other work outside of Maxim. In fact, she has modeled in a variety of different settings with many different inspirations. Let's explore some of Vail's best modeling gigs:

Because every model has to do a Marilyn Monroe inspired photo shoot once, I think it's in The Constitution.

Vail captioned this as an impromptu shoot with no lighting or makeup — aka the only reason some models or celebrities allow themselves to be on camera. Lighting is your best friend.

We've all pretended we were modeling scarves at one point in time — RIGHT? Tell me that's not just me! — but Vail's "scarf shoot" is professional, so she wins.

This looks like it should be a cover of Allure or something glam because, well, red lips.

This is the shoot I would want to be a model for. Fries, sundaes, something else that is making me hungry (meanwhile the guy is chompin' on some salad).

One photoshoot that Vail hasn't been apart of — YET — is the Vanderpump Rules one that always happens at the peak of drama during each season. Hopefully she will use her past experience — think "Impromptu" shoot meets "Eatin'" — to show the other SURvers how it's done. I'm sure they'll LOVE that.