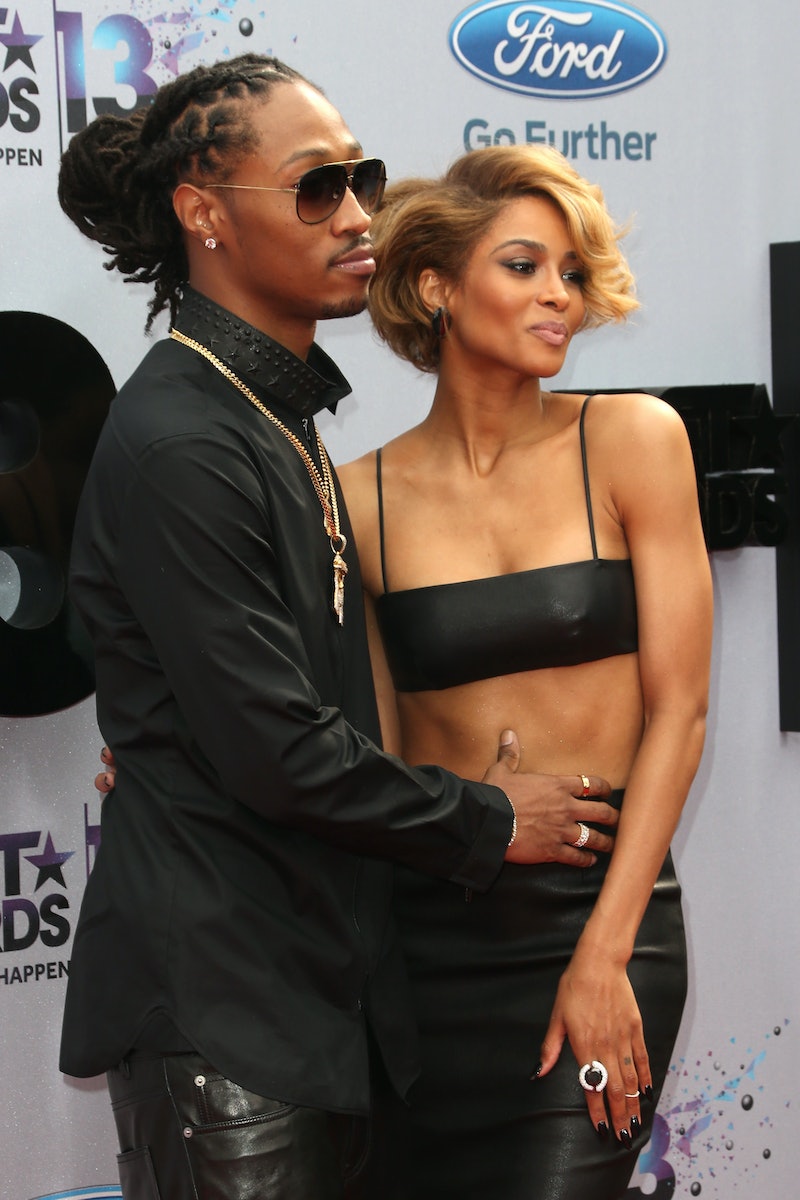 Contrary to reports that they might work it out, it seems that yet another one of your favorite celebrity couples is donezo with a capital D. Sure, Ciara and Future have been done for a while now, but, if you were holding out hope for a reunion or that their attempts to repair their relationship might pan out, then I'm genuinely sorry to be the one to burst your bubble. According to E! Online, negotiations did not work out between the couple. In fact, Ciara is getting her ring finger tattoo removed.

If you live your life in the Beyhive like I do, you know how serious this is. After all, Beyoncé and Jay Z are a rock solid couple, but doubts and aspersions were cast against their relationship due in part to the fact that it looked like Beyoncé's wedding tattoo was fading — you know, as if she was actively trying to have it removed. I mean, nothing says permanent divorce like getting the permanent tattoo symbolizing your relationship permanently removed from your body. (Are you sick of reading the word permanent yet?) Now a source is reporting that Ciara "is in the process of removing her tattoo at this time," and there's a corresponding picture of the singer with a bandage on that finger — seriously, it's Beyoncé all over again. Except, in this case, Ciara and Future have already split up.

Is there hope that the couple will get back together? It's seeming more and more unlikely every day. According to E!, "they tried to work things out between them but it could not be saved. Ciara could not get over what had happened. She is focusing on her baby and friends now. Her baby is the most important person in her life." Which, quite honestly, is how it should be and I'm glad that the couple can at least be civil enough to put their child first. While it's tragic that things couldn't be salvaged between them, at least right now, maybe this is all for the best.

Ciara getting her ring finger tattoo removed would be like a fresh start for her. Right now, the N symbolizing Future's birth name Nayvadius, is tied to too many painful memories for her. Later down the line, if the two decide to rekindle things, then she can get a new tattoo to go with their new life. Or, you know, not get a tattoo at all. Whichever works.