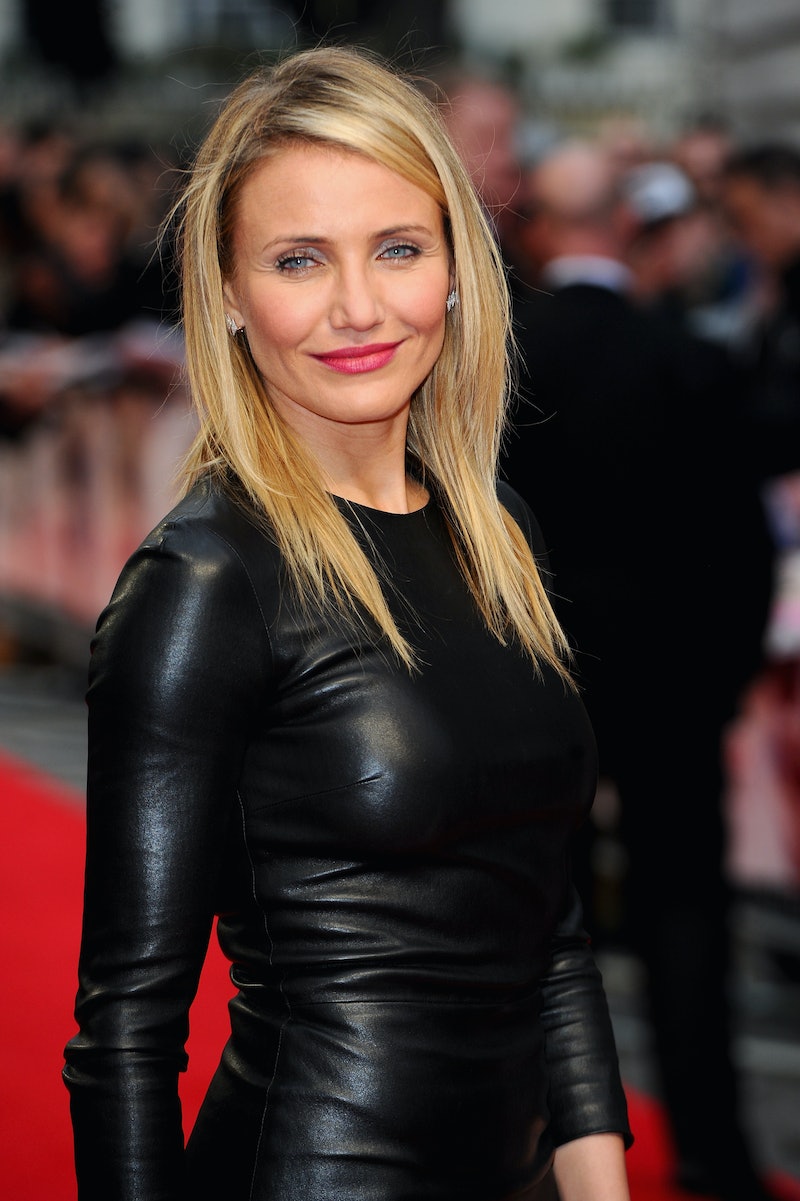 While their reps haven't confirmed the news just yet, there's a rumor that keeps spreading. According to various outlets, Cameron Diaz and Benji Madden are engaged. Not only did Us Weekly report this last week, but Benji Madden's pal confirmed the proposal to People as well. Even though a wedding may be on the way, let's take a trip down memory lane in the meantime. Although the couple met in the early '00s, it's been quite a bumpy road that led these two to each other, aka lots of relationships along the way. In Cosmopolitan's January 2015 issue, Diaz says that timing is everything. Explaining how things feel right with Madden, she explains,

You have to find someone else in the same place as you are. Timing is everything. If you get into a relationship where you want something the guy doesn’t want, it’s never gonna work. You’re never going to get him to be in that place.

Such a valid point! She also commented on previous relationship mistakes, including falling for the same type of guy repeatedly.

So what kind of guy did she fall for in the past? Let's take a look at Diaz's dating history.

Before Benji, Diaz dated Alex Rodriguez from 2010-2011. After breaking up, the Yankees third baseman spoke highly of Diaz, saying:

I don't like talking about my relationships, but I will tell you about CD: She's probably one of the greatest human beings I've ever met, and just an amazing light.

Aww, so sweet! It's nice to see he isn't bitter about things ending.

Cameron Diaz dated Justin Timberlake for three years, before splitting in 2006. Then both starred in Bad Teacher in 2011. Usually working with an ex would be awkward, right? But not for these two, they kept it professional. She told Us Weekly,

So true! Timberlake's role in that movie was hilarious, and so was Diaz's.

Back in 1999, Diaz dated Jared Leto for four years. There were even rumors that the pair was engaged in 2003, but the relationship didn't last much longer after that. According to reports, he wanted to focus more on his band 30 Seconds to Mars.

As for Benji Madden, he's had quite an assortment of relationships as well, including dating his brother's wife's BFF. Yep, I'm talking about Paris Hilton. While it looks like Diaz has a thing for musicians (excluding Rodriguez), Madden seems to have a type himself: blondes.

Madden's most recent previous relationship was with Holly Madison. He dated the former Girl Next Door for two months, from December 2009 to January 2010. Apparently their relationship didn't work because they were always in different cities.

In 2008, Paris Hilton dated Benji Madden for nine months. Although this seemed like a match made in Simple Life heaven (since, ya know, Nicole Richie and Joel Madden are perfect together), these two decided to just stay friends.

In 2006, Benji Madden dated actress Sophie Monk. They reportedly got engaged in 2007, but split in 2008. Monk even commented on the alleged engagement between Madden and Diaz, saying,

I remember being in Year 8 or something and looking up to Cameron and going ‘wow, one day I want to be funny and be in the industry, so it’s kind of cool. I want him to be happy, so if he’s found someone that makes him happy that’s awesome.

Props to Monk for being so mature about it! And she's right, Madden seems to have found someone who makes him very happy. Congrats (I think?) to this couple! Even if they're not engaged just yet, at least they're happy — that's what matters most.