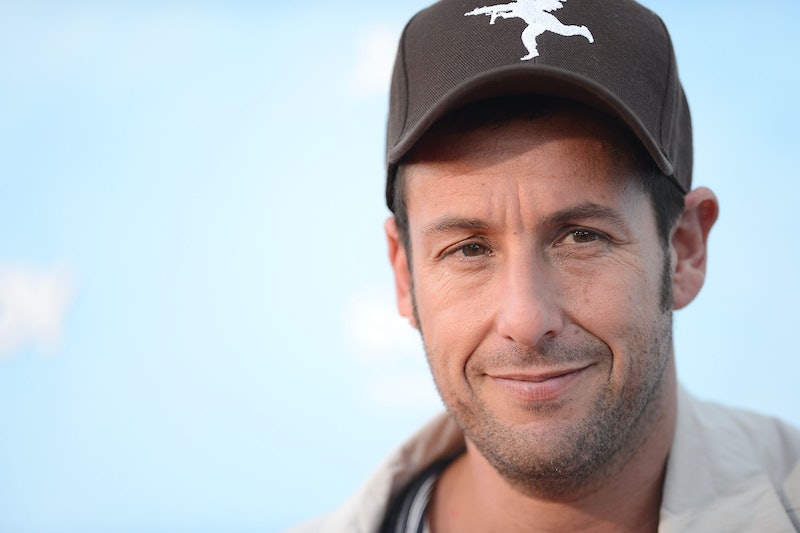 In Hollywood you certainly don't want to be construed as an overpaid actor not worth your expensive salary. But at the same time, Forbes' list of most overpaid actors in 2014 includes nine men and only one woman. The magazine took a look at box office numbers vs. actor salaries for their last three major releases and discovered something not that unusual: Actresses are still getting paid way way less than their male counterparts, even when it comes to big budget flops.

I guess I shouldn't be surprised that women aren't being overpaid, especially when Oscar-winning actresses are still being underpaid. For example, despite the success of American Hustle, Jennifer Lawrence and Amy Adams were paid seven percent of the talent budget while their male co-stars were paid nine percent.

It seems that even in 2014, men still rule Hollywood and still bring in the big bucks regardless of talent or success at the box office. It's depressing, believable, and never going to change unless we continue to draw attention to it. So here's my attempt to do just that using hard numbers and data to show you that even when it comes to a box office failure, men are still making more than women.

Topping the list of overpaid actors this year is Adam Sandler who also scored the number one spot last year. He "returns $3.20 for every $1.00 paid." Following Sandler are six more men starting with Johnny Depp at a return of just $4.10 (not surprising considering the movies he's been picking lately). Then comes Ben Stiller, Ryan Reynolds, Tom Hanks, Will Ferrell, Channing Tatum, and Denzel Washington. (All of whom return about four to six dollars for every one dollar they're paid.)

Then, eight names deep we see our first woman of the list in Sandra Bullock who "returns $9.00 for every $1.00 paid." But Bullock only even landed on the list in the first place because of her backend payments for the success of films like The Blind Side and Gravity. A backend deal is when an actor makes more than their original amount because the film surpassed a predetermined number of sales at the box office. So technically Bullock is "overpaid" even though she just made a lot because her movies did well.

You may look at these numbers and wonder what the big deal is, after all they're still making their studios a profit. Even Adam Sandler returns at a rate of three-to-one. But when you look at the list of underpaid actors, you'll understand. Forbes hasn't yet published that list for this year, but the 2013 one was composed of five women and five men. In other words: male and female actresses are underpaid equally, but when it comes to being overpaid, men compose 90 percent of the top 10.

If we're being fair, though, Pattinson and Lautner only look like they made their studios a lot because the Twilight franchise was so popular amongst fans and racked up such high profits compared to salaries. And both of them still made more than Kristen Stewart considering her return is higher, meaning she got paid less.

Any which way you combine them, the numbers point to the same conclusion: Hollywood isn't paying women as much as they do men and it really, really has to stop now. If pointing out the discrepancies can help, I'm more than willing to do so. But real change needs to happen and soon because if one of our top earning professions can't even pay women equally, there's basically no hope for the rest of us.

More like this
Helen Mirren Reacts To Queen Elizabeth II’s Death After Playing Her 15 Years Ago
By Grace Wehniainen and Radhika Menon
Blake Lively & Ryan Reynolds’ Relationship Timeline Includes 4 Baby Bumps
By Jake Viswanath
What’s New On Netflix: Meet 'The Real Bling Ring'
By Arya Roshanian
What’s New On Netflix: Camila Mendes & Maya Hawke 'Do Revenge'
By Arya Roshanian
Get Even More From Bustle — Sign Up For The Newsletter