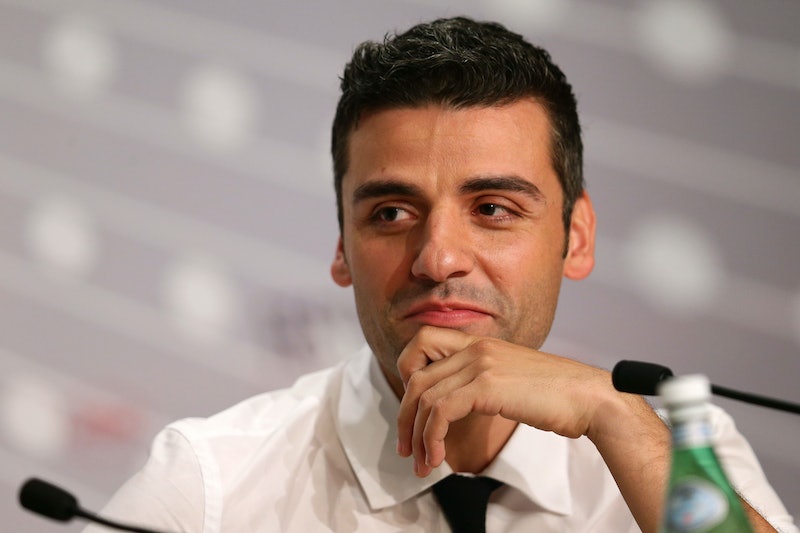 There are a few questions that come to mind when you hear of the new film A Most Violent Year: Was there really a year that was most violent? What year was it? Is the movie based on a true story? But after seeing the film, all those concerns are washed away because you are left with only one pressing query: am I the only one who thought Oscar Isaac seemed very Al Pacino-y?

At least, that was my take-away after seeing A Most Violent Year. Isaac, in the lead role as heating-oil company owner Abel Morales, just seemed sooo much like a young Al Pacino circa The Godfather that I couldn't shake it the idea while watching. And, when I went to pee (TMI?) following the screening, my thoughts were confirmed. Two older women in the bathroom were having a conversation comparing Isaac to Pacino. And, as I'm sure you know, true honesty always comes out within the confines of the ladies' restroom.

Outside of the bathroom, people took notice as well — even before the film hit theaters on Dec. 31. A reviewer at IndieWire called Isaac, "costumed and made-up to look like an uncanny mix of Al Pacino and Armand Assante." And the connection extends beyond A Most Violent Year, as well. Jessica Chastain, who costars with Isaac in the movie, also attended Julliard with the actor and has reporteldy compared him to a "young Al Pacino" in the past.

So has Isaac himself commented on this? Yep. The actor told The Huffington Post of people making the comparison, "That has nothing to do with me. Those are their references. But, hey, man, Pacino's one of the greatest of all time. I'm flattered that's where they go in their mind."

So, sounds like Isaac didn't purposely channel Pacino in the film. Still, their similarities in their respective mob-related films is uncanny, and the connection does not just come from Pacino and Isaac's acting, but from the roles themselves. Both Abel Morales and Michael Corleone are connected to criminal activity, but want (at least in the beginning) no part of it. They both care very much about their families. They both have strong New York accents. They're both newly American — Abel being an immigrant and Michael being first-generation. They both have slick style. And they both have extremely full heads of well-coiffed hair:

Watching A Most Violent Year and not seeing the connection is difficult if you've seen The Godfather, so it's fantastic that Isaac takes the Pacino comparison as a compliment. He's sure to hear it many more times.