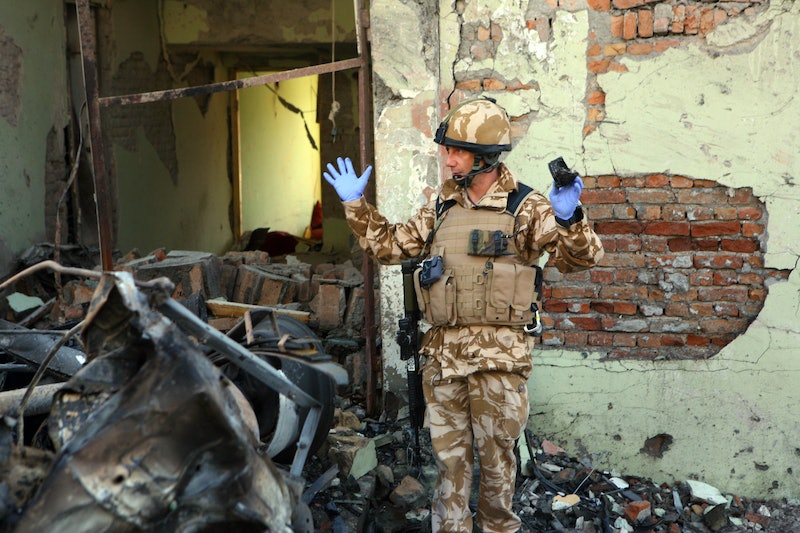 Only a day after American troops raided two African countries and managed to capture one of the FBI's most wanted men, Libya's interim government has called on Washington to explain the arrest of the Libyan suspect — accusing the U.S. of "kidnapping" one of its citizens.

Early Saturday, U.S. troops, in coordination with FBI and CIA agents, entered Tripoli, Libya, and captured Nazih Abdul-Hamed al-Ruqai — a.k.a. Abu Anas al-Liby, an alleged Al Qaeda Leader, who is suspected of being one of the masterminds behind the U.S. embassy bombings in Kenya and Tanzania in 1998, which killed over 220 people. With a whopping $5 million bounty on his head, Liby has been one of the FBI's most wanted men for over ten years now.

According to the U.S., the suspected terrorist is "currently lawfully detained under the law of war in a secure location outside of Libya."

But although Washington had earlier indicated that it was working in conjunction with the Libyan government, on Sunday, Libya's prime minister demanded that the U.S. explain the raids.

"The Libyan government is following the news of the kidnapping of a Libyan citizen who is wanted by U.S. authorities," Libyan Prime Minister Ali Zeidan said in a statement. "[It] has contacted U.S. authorities to ask them to provide an explanation...[and] is keen on prosecuting any Libyan citizen inside Libya, no matter what the charges are."

"The accused are innocent until proven guilty," he added.

The second raid, which was conducted separately in southern Somalia, is believed to have focused on a leader of the Al-Shabab group — the same group that carried out the attacks in Nairobi's Westgate mall last week, leaving over 67 dead. The team —SEAL Team Six, the same unit that assassinated Osama bin Laden — failed to capture anyone, however.

Unlike the Libyans, though, Somalia's government appeared to be well aware of the U.S.' operations — or at least, unwilling to seem to ignorant. When asked whether Somalia had known of the raid, Somalian Prime Minister Abdi Farah Shirdon Saaid said Sunday that their "co-operation with international partners on fighting against terrorism is not a secret."

Secretary of State John Kerry was similarly positive, saying that Washington was "pleased with the results" of the operations.

"We hope that this makes clear that the United States of America will never stop in its effort to hold those accountable who conduct acts of terror and those members of al Qaeda and other terrorist organizations literally can run but they can't hide," Kerry said Sunday morning. "We will continue to try to bring people to justice in an appropriate way with hopes ultimately these kinds of activities against everybody in the world will stop.

Libya's response to the raids echoed similar protestations made by Pakistani officials after the raid that killed Osama Bin Laden in 2011.