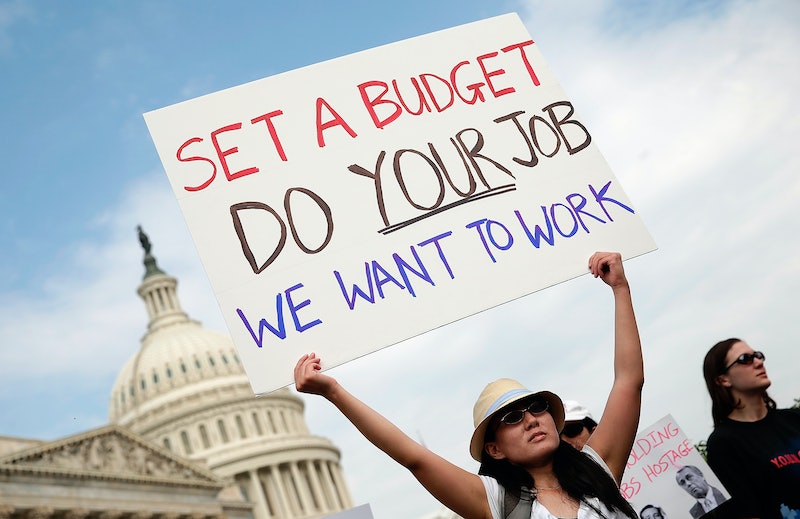 The political games being played in Congress have already angered a fair number of people over the last week, but many reached their limit Sunday when they found they could no longer open Amber Alert's website due to the government shutdown. The federal Amber Alert online system, which would normally be displaying missing children bulletins with descriptions of missing kids and the vehicles they're believed to be traveling in, was deactivated as a result of the shutdown. Instead of Amber Alert's normal homepage, a notice reading "Due to the lapse in federal funding, this Office of Justice Programs website is unavailable," was posted.

The website was abruptly restored Monday morning. Although the website isn't the means by which alerts are sent, it is the main way in which they are publicized. The Department of Justice countered the criticism by saying, "At no point has Amber Alert system been interrupted during shutdown. To prevent confusion, informational DOJ site has been restored."

According to the DOJ, the temporary website blackout had no actual impact on the Amber Alert program, with at least two alerts being issued by the system over the weekend. Officials also stressed that the website itself doesn't contain information about cases of abduction or missing children, instead it serves simply to explain the purpose and function of the Amber Alert System. Actual alerts are sent jurisdictionally via tweets, cell phone alerts, broadcast news, and road signs among other means.

If you wondering, Michelle Obama's Let's Move website is also still up and running.

Meanwhile in Washington, the much larger economic threat of a government debt default edges nearer, with only ten days before the United States would default on its debt.

The budget appears no closer to being resolved, with Speaker of the House John Boehner remaining adamant that a clean bill, without Obamacare amendments, just wouldn't pass the House.

A senior White House official indicated Monday that President Obama might accept a short-term increase in the debt ceiling, rather than a one that would last a year or more. That's a possibility that was brought up recently by Republicans, who've said that they might try to put together a coalition to push up the $16.7 trillion debt ceiling for just a few weeks.

"There is now a consistent pattern of Speaker Boehner saying things that fly in the face of the facts or stand at odds with his past actions," Jentleson said. "Americans across the country are suffering because Speaker Boehner refuses to come to grips with reality."

And Gene Sperling, the director of the National Economic Council, has said that Obama won't accept the use of the debt ceiling as leverage by Republicans.

“He’s not going to sanction negotiations with any faction that are using the threat of default as a way of enacting policy in our democracy.The era of threatening default has to be over," Sperling said. "The president strongly believes that if he were to sanction negotiating with those threatening to default, that would increase, not decrease, the chances that we as a country would undermine [the nation’s creditworthiness]."

Obama has demanded that Congress raise the debt ceiling, thus avoid defaulting on its $16.7 trillion debt — without conditions. But Republicans seem to be viewing the threat of a default much as they saw the threat of a shutdown: as a way to negotiate from a position of power, and demand that Obamacare be curtailed. As it stands, 17 percent of the federal government is now closed down, and if Congress doesn't manage to raise the debt cap by October 17th, the risk of defaulting is high.