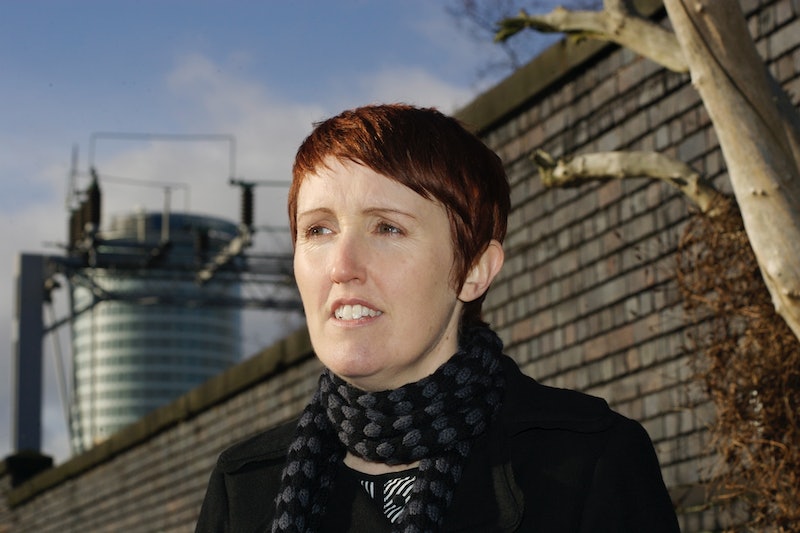 Catherine O’Flynn’s latest novel Mr. Lynch’s Holiday (Henry Holt & Co.) is one of those books that you start reading, look up at the corner of the page after a while, and realize you've just raced through half of it without knowing how exactly. The book's flow makes reading it an easy treat.

O'Flynn's story begins when aging Dermot Lynch leaves Birmingham, England for the first time in decades to visit his grown only child, Eamonn, in Spain. But upon arriving, Dermot finds things not quite as he pictured them. The development where Eamonn and his seemingly absent wife live collapsed shortly after they moved in, leaving a miniature wasteland of empty houses and an insular community of disgruntled residents.

Alternating between Dermot and Eamonn’s perspective, the novel takes readers through the history of the father-son relationship, as well as Dermot’s current visit to see Eamonn and understand his curious, crumbling life.

O'Flynn weaves in and out of time so skillfully, making transitions between years feel natura; — an effect few novels can pull off so seamlessly. We see Eamonn and Dermot at different points in their lives: Dermot as teenager newly arrived in England from his native Ireland; Eamonn as a child who admires his father more than anyone; Dermot dealing with the aftermath of his wife’s death; Eamonn as a teen in private school pulling away from his parents’ Irish, blue collar roots. The result is that by the end of the book the characters feel as real as any we might meet out on the street.

And yet O’Flynn is able to acheive this effect with comparatively few brushstrokes. The novel is not long – only 250 pages – yet it is able to flesh out not only one life, but two.

In some ways, the success of the book lies in what it doesn’t say. Throughout the story, O’Flynn proves to be a master of questions left unanswered and conversations left unfinished. We see so much about both Dermot and Eamonn by what they don’t say, the questions they don’t want to answer.

On the surface, Mr. Lynch's Holiday is just a novel about a father who goes to visit his son, an uneventful visit in an isolated, crumbling development. Yet O’Flynn is able to give the deceptively simple story a life and vibrancy by allowing the reader the same subjective experience of the place that the participants have. Rather than simply setting the story at a failed development, O’Flynn gives us the “attendant atmosphere of failure and despair” that Eamonn feels the place possesses. Rather than letting us know that Eamonn isn’t handy around the house, we feel Dermot’s sense of how monumental this is, that it is a form of “vandalism.” Even though on the surface the story is simple, experiencing it through the characters’ subjectivity makes the stakes feel very high indeed.

The novel is an easy read in the best sense, a book that flows and fits together well, yet still deep and complicated and with plenty of food for thought. It is about little cracks that can drain everything away and little moments that can turn everything around, about family, about failure, and about finding your way. And readers who find their way to it will be hooked from the first chapter.